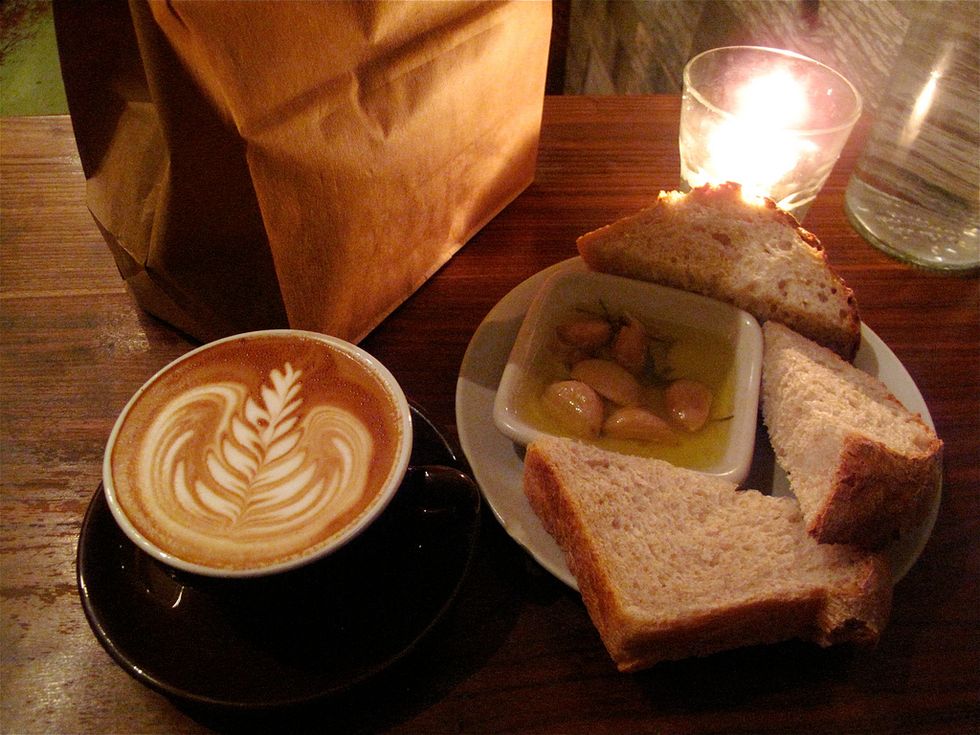 Locked & Loaded: Finding a Fix in the Western Avenues

Life has been nothing but boxes in recent weeks. After eleven years spent in the Mission, Nopa, and the Haight, I'm moving out to the avenues. I'm excited about the new neighborhood, but also a little worried I'm going to have culture shock. Not because of the fog, the Haight is little better and the view from my window is pure gray at the moment. Nor am I worried about nightlife, my carousing days are long behind me. Rather, I'm worried about my ability to get a decent cup of coffee or shot of espresso with any regularity.

By now, you've likely seen 7x7's interactive map to cafes serving coffee from high end Bay Area roasters. (If not, take a minute and view it now.) Notice anything? Even at a glance, it's obvious that the Western side of the city is pretty limited in terms of options. In fact, where I'm headed in the Outer Richmond, there's nothing at all on the map past 6th Avenue.

Yet if the brewed coffee situation is bad, in terms of espresso it might even be worse. If you look at Coffee Ratings' (who dissed our interactive map, but we still love 'em) guide to the Outer Richmond  virtually everything has a lackluster review. It's better in the Outer Sunset (thanks largely to Trouble Coffee) but overall it's a grim picture in the avenues.

But the reason I'm writing this post isn't to complain. It's because I'm optimistic.  The upper Haight  and Nopa were similarly devoid of quality options when I moved there. But in recent years, the area bounded by Arguello and Divisadero has seen an influx of excellent cafes, including Mojo Cafe, Velo Rouge, and most recently Matching Half. It's my belief that this influx was driven by a tipping point, which was probably either NOPA or Tsumani, both of which proved that the community would support something other than mayo-heavy sandwich shops and horrible air pot coffee.

Something similar seems to be going on in the outer avenues. Outerlands, in the Outer Sunset, is serving Sightglass coffee and espresso now. And in the Outer Richmond, Pizzetta 211 has begun serving Blue Bottle espresso and coffee in the mornings. I haven't been to the latter yet, but as it's only a few blocks from where I'm moving, look for a blog post and report in the coming weeks.

The avenues certainly seem to be getting their brew on. All it really needs is its own tipping point that proves the community will support it. Collectively or individually, Trouble Coffee, Outerlands, and Pizzetta 211 may be tipping those scales. I hope so, and I can't wait to explore.

But I'm not leaving my espresso machine or V60 behind in the move, either.

Mat Honan is a coffee-obsessive who prowls the city in search of the perfect cup. Each Wednesday, he writes about San Francisco coffee culture for 7x7.