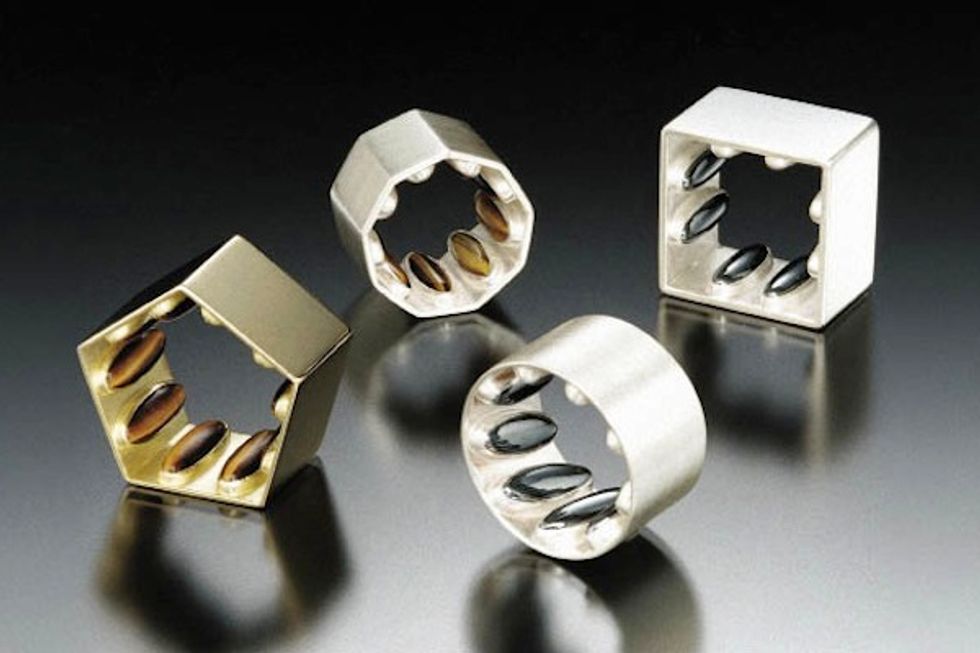 Though artist Nick Dong often addresses such topics as materialism and human interaction in his thought-provoking work, the metalsmith and mixed-media sculptor is surprisingly easygoing. Many would be overcome by culture shock after a move from Taiwan to the United States, but Dong sees only the good: “There is such freeness here. I’m like a fish in water!”

You may know the 41-year-old Oakland resident from his much-lauded 2012 Smithsonian installation, En-Lightening—a room composed of handcrafted tiles, LED lights, and a single chair. The piece attempts to replicate the effects of meditation, such as tranquility and stillness, and emerged from the pressure his family put upon him to embrace their religion. Dong cites the experience of creating En-Lightening as essential to his personal growth. “My father is a practicing Buddhist, and I never paid much attention to his teachings when I was young,” says Dong, who is also a metalwork instructor at California College of the Arts. “Now that I’m older, I’ve started syncing his attitudes with my personal belief system.” Case in point: His new Introspective ring collection—available at Turtle & Hare in Oakland—features inward-facing gemstones, such as garnet, topaz, and tigereye. The untraditional composition, he says, “explores the importance of personal value versus material beauty.” Just the reality check we need for the holiday season.