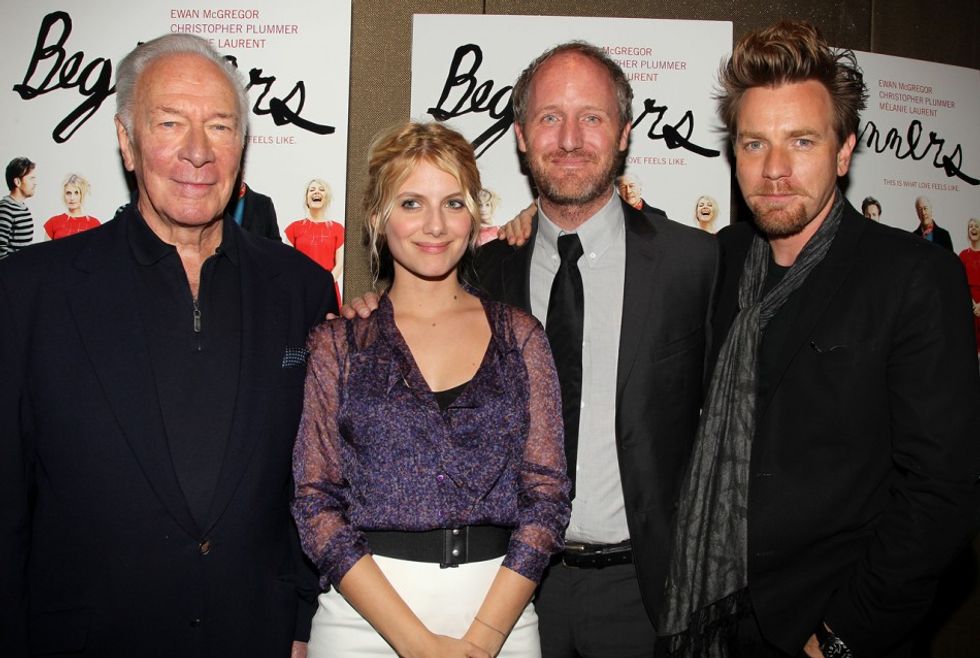 So many directors describe their movies as “personal” that the sentiment becomes commonplace, even cliché. Not so with Mike Mills – the Thumbsucker director, not the R.E.M. bassist – who drew on intimate details from his private life as the starting point for his powerful new drama Beginners, which opens Friday.

Sure, he changed the names and embellished the timeline – Mills, 45, says he never intended to make an autobiography, much less portray close friends on screen without their blessing. But in his real-life story, fraught with unexpected revelations and profound self-realizations, the director saw a unique opportunity to connect with wider audiences.

The opening-night selection at this year’s San Francisco Film Festival, Beginners began to take shape the moment Mills’ father, at 75, came out of the closet. After 45 years of marriage, of fiercely protecting his true self from a conservative America in which homophobia was pervasive and largely unchallenged, dad was ready to step into the open and pursue his heart’s desires.

"He just started living this explosive new life," says Mills. "He became more emotionally alive than I'd ever seen him.”

Five years later, he died of cancer. Mills describes his metamorphosis during that period as confusing and deeply inspiring, a self-choreographed quest for liberation that prompted the director to confront his own internal obstacles – the hang-ups and inhibitions nurtured in him since childhood. So, of course, he began to write.

He also reached out to two actors, Ewan McGregor and Christopher Plummer, in letters, explaining to them his temperament, both when his father re-invented himself after his mother’s passing, and after his death. To Plummer, who would portray his father, he recalled the irrepressible energy of a man who, even in his final years, worked overtime to catch up with the contemporary gay social scene and, ultimately, fell in love.

“I like portraying diverse people, and always have,” says Plummer, 81. “I thought, here's a fascinating character, and what an absolutely enchanting take on his coming clean at that old age of his, in his 70s – not old to me, but, old to most people.

“Hal's story appealed to my imagination. I don't think any of us have known a lot of people who do that. To suddenly break out with all that honesty is extraordinary, at that age. When I spoke with Michael, I realized it was a true story. At first that kind of threw me a little. I thought, he's going to be so loyal to his father that I can do nothing but disappoint. But, as it turned out, he was fantastic about it.”

To McGregor, who studied tapes of the director talking to capture his accent and inflections but not necessarily mimic his mannerisms, Mills made assurances that Beginners, while not always lighthearted, would neither be weighed down by a self-pitying protagonist struggling to come to terms with his father’s freedom.

Instead, Mills, like Oliver, his on-screen alter ego, adopted his dad’s passion for living, determined to experience the things he’d previously kept at a distance – namely, a committed relationship.

“The experience I'm most trying to communicate is that of an adventure,” Mills says now. “The feeling of breaking something open. The movie has illness and death, but it's about beginnings, change and how deeply funny life can be in its most serious moments.

“I only get to tell this story once, so I wanted it to be bighearted, for a big audience, progressive and innovative, and, like my father, deeply wanting to connect with people.”

“There is a convergence that makes the movie rich and complex,” adds McGregor, 40. “It's a film about losing, about accepting – in this case, accepting your father for who he really is, accepting the fact that someone who is living life to the fullest is going to die, and then coming to terms with such a loss while falling in love."