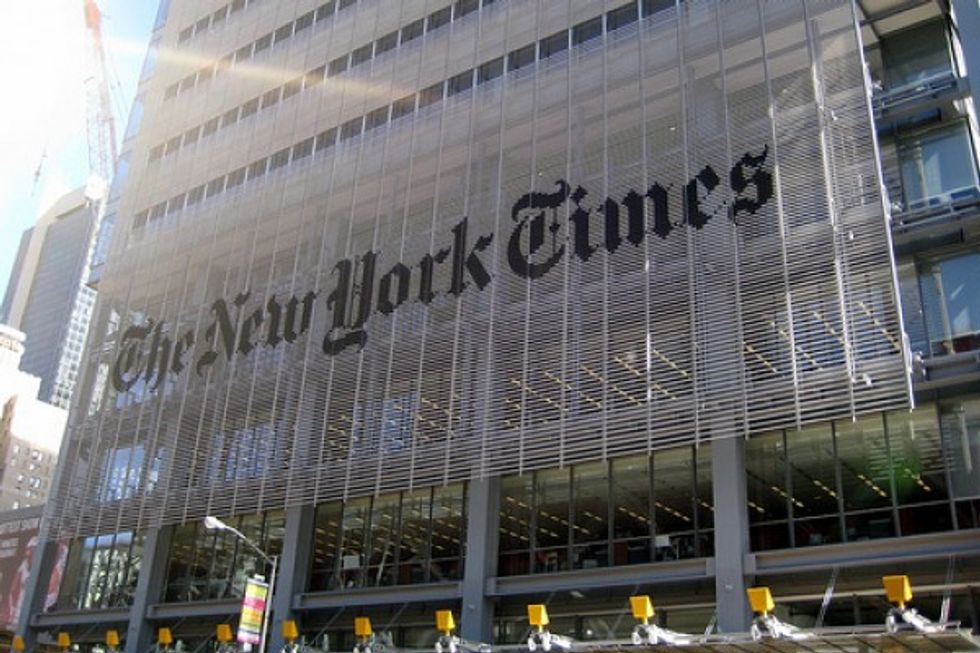 As print journalism struggles to stay afloat against the tsunami tide of the Internet, where thousands of new bloggers seem born every day, how can newspapers – even one as firmly entrenched as The New York Times – sustain their classic business model?

The simple answer: They can’t, not without adapting to the culture of cyberspace, which has opened to the outspoken masses avenues of communication once navigated only by a professional few. Perhaps no one other than Brian Stelter better represents the Gray Lady’s mission to bridge the chasm dividing traditional, print-based journalism from its online competition.

Stelter, 25, who graduated from Maryland’s Towson University in 2007 and became a Times media reporter just two months later, was once a blogger himself, unaffiliated with any traditional news sources. He created TV Newser, an industry ticker, hosted by Mediabistro, that watches the watchmen, doggedly reporting on the inner workings of the televised news media.

Yet Stelter, who boasts more than 65,000 followers on Twitter, has not confined his sphere of influence to the Internet. In joining the Times, he became, unwittingly or not, the poster boy for the harmonious co-existence of the Old Guard and the New Wave – making him a natural choice to be the focal point of Page One: Inside the New York Times, Andrew Rossi’s new documentary about America’s most respected and, at times, embattled newsroom.

Does Stelter think the Times is taking full advantage of the possibilities presented by Web-based media? “The Times is fully engaged online, as we should be,” he says. “To gain and regain the trust of our readers – job number one for all journalists – we have to meet them where they are. They're online.”

On the primary responsibility of legitimate news sources, in print or online:
“There should be no doubt. The obligation of news organizations, as opposed to any old media organization, is to tell us what we need to know, hopefully in a way that we want to read, hear, watch or interact with.”

On being hired by the Times as a just-graduated 22-year-old:
“I thought they had made a mistake. Joking aside, though, I was thrilled to have a job right out of college, but I was intimidated at the prospect of writing for such a widely read outlet. When I arrived, I kept my head down and wrote as many stories as I possibly could, assuming that the more I wrote, the better I'd get. Thankfully, there was lots of space in the paper and even more space online for my stories.”

On Twitter and its capacity as a source of reliable news:
“For me, Twitter is an early warning system for breaking news, a tool for interacting with readers, and a great way to promote and improve our work. I take Twitter really seriously – it's like a real-time broadcasting platform, and I especially enjoy using it in breaking news situations. I'm grateful for each and every follower.

“It's taken more than three years to get to [65,000]. My follower account has grown by 10,000 or so since Page One started being screened at festivals, but I don't know how much of that should be credited to the film.

“Twitter doesn't encourage group-think any more than traditional newsroom practices do, in my view. I like being able to keep a close eye on my competitors on Twitter, because it makes it easier for me to zig when they zag. And that's what journalism needs a lot more of – zigging when others are zagging.”

Page One: Inside the New York Times is now playing at the Bridge Theatre. For tickets and showtimes, click here.