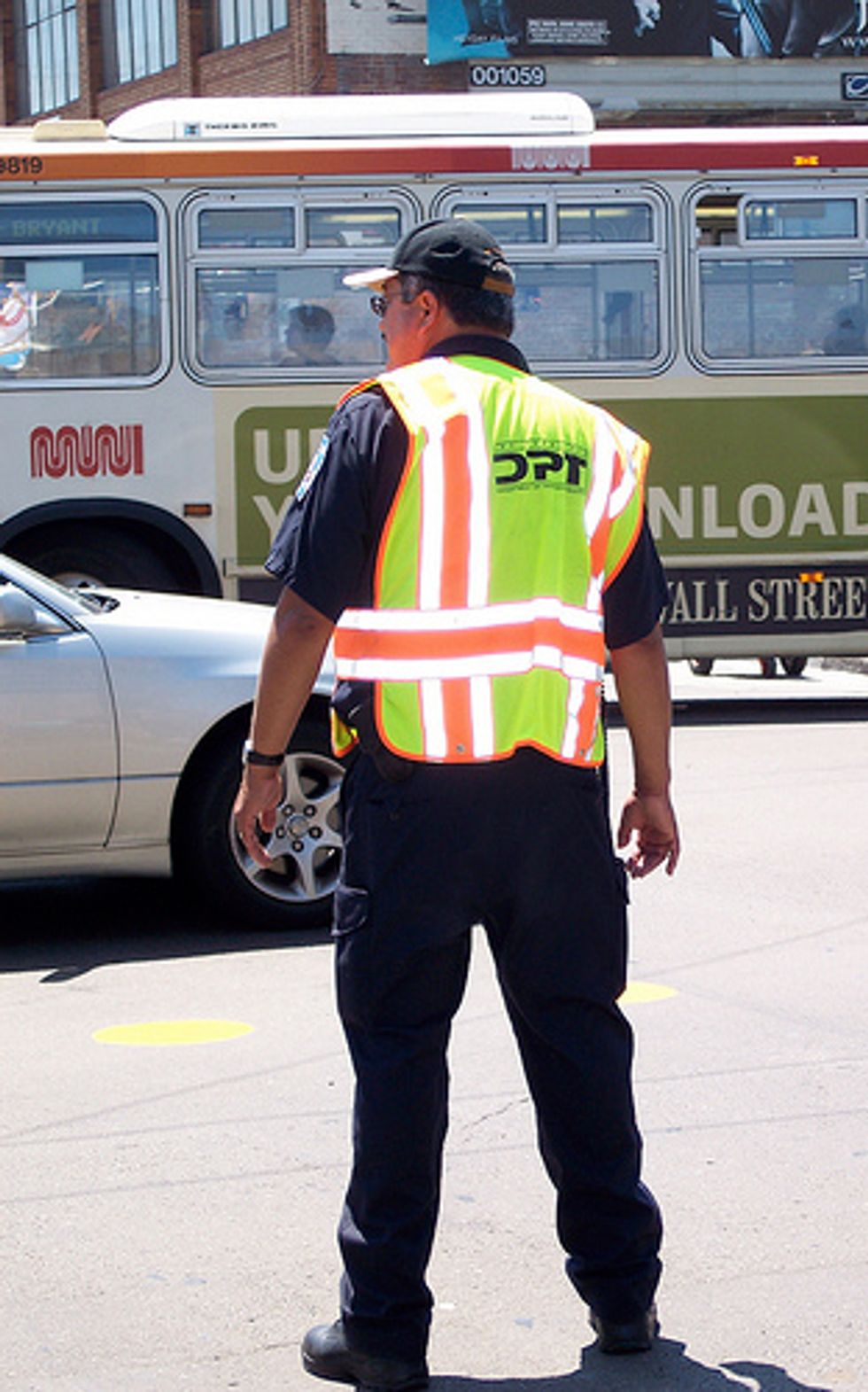 Just before lunch, our parking guru David LaBua challenged your knowledge of how the SFMTA can punish you and how they can't, so you can be vigilant in light of their new plan to make $100 million off city drivers this fiscal year.

Which of these is not a real parking law for which you can be ticketed?

Answer:  E) There is no law called the 4 hubcap law

Says David: The Deputy Director of parking enforcement for the San Francisco Municipal Transportation Agency said earlier this week that parking citation revenues are down this fiscal year, so parking enforcement officers will be issuing more citations to make up for the shortfall. Since that fateful day of August 21, 1947 parking meters and tickets were seen as a cash cow, and in essence are a tax. But no public official has ever stated that. It was actually refreshing to hear someone tell the truth and to not see the SFMTA do the old political two-step. So, yes the cat is out of the bag, San Francisco needs to give out 2 million-plus parking tickets a year, and make $100 million dollars from citations in order to keep its budget balanced, and the "parking taxes" will be increased.

The Deputy Director then outlined the SFMTA plan to generate more revenue:

It’s time to find other ways to balance the MUNI budget. It’s risky to depend on money that has such a big variable. Theoretically, it is possible that no parking tickets could be given out, if everyone paid attention and knew the rules  I believe that there is a shortfall in traffic citation revenue because the fines have become so ridiculous that people are actually paying more attention to the parking rules. Parking laws such as the 72-hour law, the 100-foot law, and the 3% law are becoming better known, less frequently cited, and ticketing cars isn’t like shooting fish in a barrel for DPT officers anymore.

The City was actually making more money 5 years ago when the parking fines were less costly because a ticket didn’t hurt as much as it does now. I believe that the critical mass of revenue and of frustration has been reached. If San Francisco continues to push the envelope and shake every last nickel from drivers’ pockets (such as charging for parking on Sunday), at some point, a tipping point will be reached, and perhaps we will see SF drivers take a page out of the bicyclists’ handbook and start some critical mass protesting of their own.

To see a running total of San Francisco’s parking citation revenue and to learn how to never get a parking ticket again, click here.

Know your parking laws (see above):

A)The 72-hour law states that any vehicle may remain parked for only a 72-hour period.  After that time, it may be towed.

B)The 3% law says you must curb your wheels (properly) on any road that is 3% grade or greater, or you will be cited.

C)The 18-inch law means the inside wheels of your vehicle may not be more than 18 inches away from the curb.

D)The 100-foot law states that all parking signs are enforceable for 100 feet, but only 100 feet.