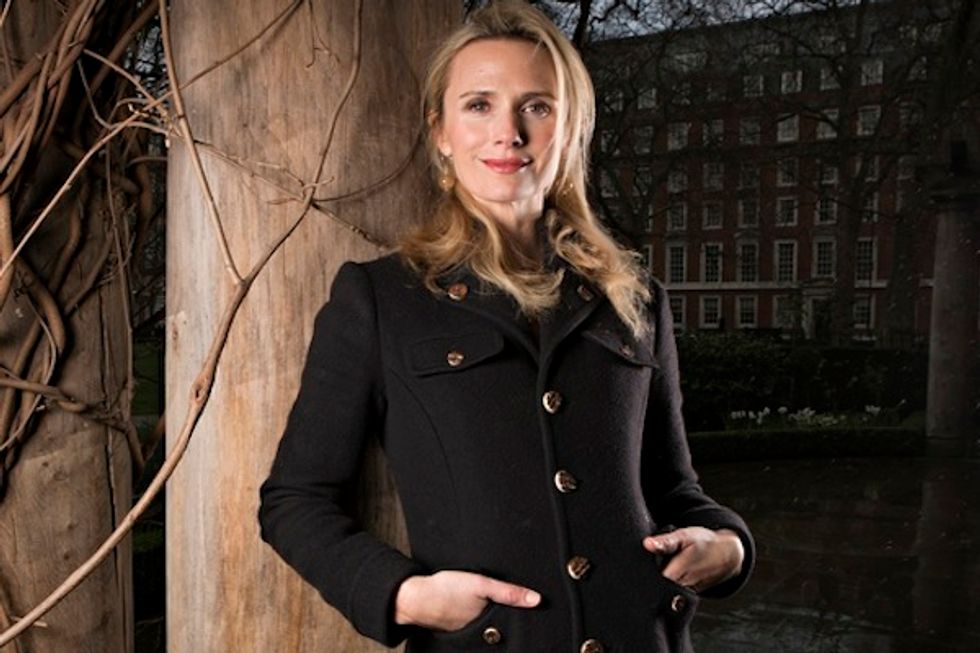 Jennifer Siebel Newsom — director, producer, screenwriter, actress, speaker, mother of three, and wife to Lt. Governor Gavin Newsom — was at 2015 Sundance Film Festival to promote The Mask You Live In, the follow up to Miss Representation. The filmmaker talks to us about her latest documentary, redefining society’s definition of masculinity, and how we as individuals can set in motion a more responsible way to determine a man's "manliness."

EI: As a tireless advocate for women and girls and the oldest of five sisters, what intrinsically motivated you to make a film about the challenges faced by men?

I’ve always been curious, wondering “Why are men that way?” After Miss Representation, I knew that challenging gender injustices that limit girls and women was only half the story. I knew that real cultural change was only going to occur if we expose the damaging masculinity narrative that is fed to our boys and men.

EI: Many of the families, schools, and programs you study in the film reside and/or are situated in the Bay Area. Did you find that harmful notions of masculinity presented themselves differently here than in other communities explored in the film?

JSN: One reason we loved filming in the Bay Area is that it is such a rich community, and we found the film subjects to be very accessible.The intersection of gender, race, and class in the Bay Area are all factors that influence the players in the social change business, and it’s a fantastic place to spark a conversation about what masculinity really is.

EI: While moderating the discussion panel after the premiere of The Mask You Live In, your husband, Lt. Governor Gavin Newsom, said he “didn't know where to begin in finding the culprit” of the masculinity problem and expressed concern about how best to “unpack the origin of the crisis.” How has his level of engagement with the project impacted your relationship as parents, partners, and change-makers?

JSN: I think society puts men into this “man box” — an idea of how they’re supposed to behave when in the company of other men. We as women can have such authentic, beautiful conversations with our partners, male friends, colleagues and older sons, and then we see them with a group of men and there’s this posturing and this facade. That’s the “mask” they put on, you know? I’m so fortunate to be married to such a supportive man who’s passionate about being whole, and passionate about men having the courage and conviction to stay true to themselves.

EI: You and Gavin are raising three young children, including a three-year-old boy. What do you want to teach your son about masculinity as he grows from a boy into a man?

JSN:  I want Hunter to learn that empathy is not just for women. Care is not just for women. Our boys begin life with these traits, and often times society socializes that out of them. I want him to have a creative spirit, so I encourage his interest in cooking and have him horseback riding so he’ll develop a sensitivity toward animals. Hunter has such compassion — he’s always the first to run to the fridge to get ice and the cupboard to get a Band-Aid when someone gets hurt. I want to help all of my kids realize their expansiveness as human beings, and let them know they’re not limited by their sex.

EI: When it comes to challenging harmful definitions of masculinity, how do you suggest we even begin to address such a multidimensional problem?

JSN: It starts with introspection — we have to self-reflect. We must challenge definitions of masculinity, model the change we want to see, then seek it in mentors and teachers who will help our boys stay true to themselves. The Mask You Live In is not just a film — it’s a movement. This is just the beginning. We’re all coming together in a beautiful way, and the time is now. Our boys don't need to suffer, and they don’t need to live in pain.