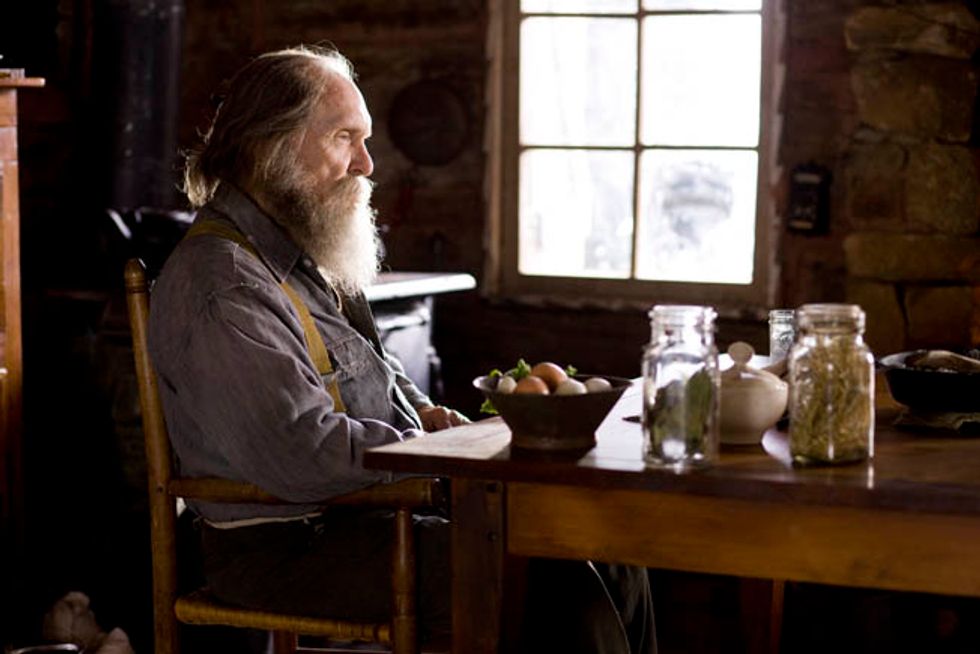 Robert Duvall Knocks on Heaven's Door in 'Get Low'

Robert Duvall brings his characteristic gravity and a gruff sense of humor to Felix Bush, a backwoods recluse who has chosen, for mysterious reasons, to plan and preside over his own funeral, in Get Low, Aaron Schneider’s quietly effective feature debut.

As a director, longtime cinematographer Schneider is no novice – he won the 2004 Oscar for his short-length adaptation of William Faulkner’s Two Soldiers – and it shows. Low is beautifully shot, a tribute to Schneider’s understated visual style, but also confidently and deliberately paced. It takes the time to peel back the layers of Bush’s closely guarded persona, revealing a man misunderstood, mostly by his own design, and wracked with regret.

Feared by the neighbors he keeps at a distance, Bush is rumored to be a killer, a monster, perhaps the devil himself. Duvall has played characters like this before – perhaps most memorably, in minimal screen time, as Boo Radley, the enigmatic loner of 1962’s To Kill a Mockingbird. Here, he dominates the screen, in a role demanding equal parts severity and tenderness.

Duvall captures Bush’s nuances with nary a false note, in a performance that might have been a revelation back in ’62, but now stands as a rousing testament to a half-century of similarly measured work. A character like this could have been a one-trick curmudgeon – think Clint Eastwood in Gran Torino – or, worse, a maudlin sinner surrendering his dignity for a taste of absolution.

Bush is neither. He is a mystery, tortured by a secret I will not reveal, but never does he grovel for forgiveness, even as he stares down a congregation of small-town Tennesseans gathered for the service. For them, news of his anticipated passing inspires less grief than curiosity: Who is this man, eccentric enough to stage his own mock funeral, and ready to unburden himself for all the world to hear?

Written by Chris Provenzano and C. Gaby Mitchell, Get Low comes inspired by the case of Felix Breazeale, an East Tennessee man who, in the late 1930s, turned his funeral into a festive affair for an entire community, himself included. (The event was covered by the Associated Press and captured for posterity in a Life magazine pictorial.)

By all accounts, Breazeale didn’t treat the party as a forum for confession, but made a point of greeting his guests, many of whom were strangers, and thanking them for their good wishes. Bush follows his lead. With the help of a cash-starved funeral director – played by a sublimely droll Bill Murray – who cares less about reputation than the promise of a paycheck, Bush uses the gathering as an opportunity to reconnect with the society he has rejected for decades.

The impact of his confession is twofold: Cathartic for him, it also closes the mystery at the heart of the movie. In lesser hands, the moment of revelation might have seemed hokey, the melodramatic telling of a secret best kept. But Duvall doesn’t allow it. Instead, he makes the scene of disclosure triumphant, guiding Get Low to its final destination with the steadiest of hands.