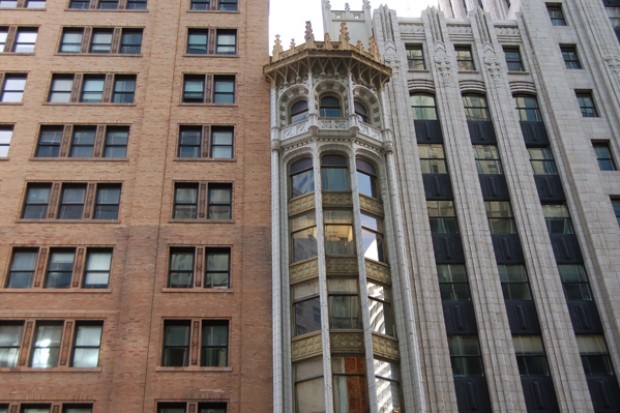 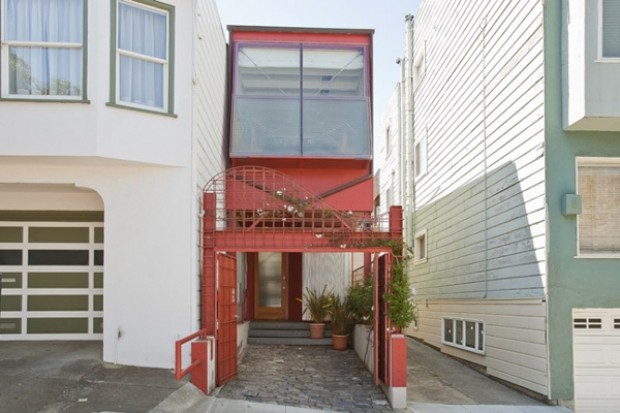 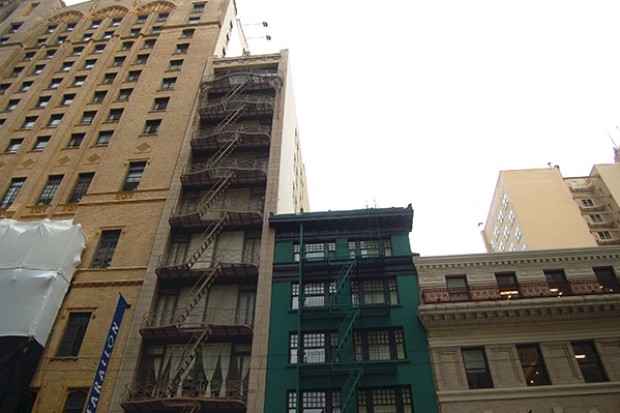 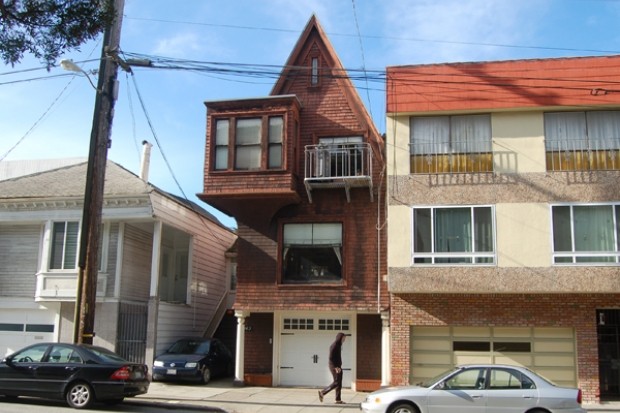 Previous Next
483 6th Avenue, The Richmond

San Francisco is home to quite a few slim structures that do pass code as livable spaces. Perhaps you’ve seen some of these gems while tramping through the city, but we wouldn’t blame you if you blinked and missed them.

The Heineman Building, 130 Bush Street, Financial District
The Heineman Building was originally built in 1910 as a belt, tie and suspender factory. Though it no longer serves a manufacturing function, it still retains its original Gothic revival charm, impressed copper paneling and exuberant detailing at the crown. At 10-stories tall and less than 20-feet wide, the Heineman building is nothing short of dramatic. Such drama is further heightened by the striking line it cuts between the Art Deco Shell building to the east and a brick behemoth to the west.

1415 Shrader Street, Cole Valley
Built in the early ‘90s on a nine-and-a-half-foot-wide lot, this boxy residence easily ranks as one of San Francisco’s skinniest houses. Every room is by proxy the width of the house. Why? Chop ten feet in half and you have a closet, not a room. Nevertheless, the home’s open construction and large windows make it feel light and airy, not dark and unwelcoming. The interior seamlessly unfurls onto an upstairs deck and an equally narrow albeit respectable backyard below.

Chamberlain Building, 442-444 Post Street, Union Square
The Chamberlain Building on the 400 block of Post Street is a slightly wider, slightly less interesting version of the Roullier Building. Aside from its façade-dominating, wrought iron fire escape, one of the building’s most intriguing features is not inherent to the structure itself but rather contingent upon its relationship with its neighbors. Seen from the east, the Chamberlain Building is part of a series of four progressively taller buildings that create something of an urban architectural staircase.