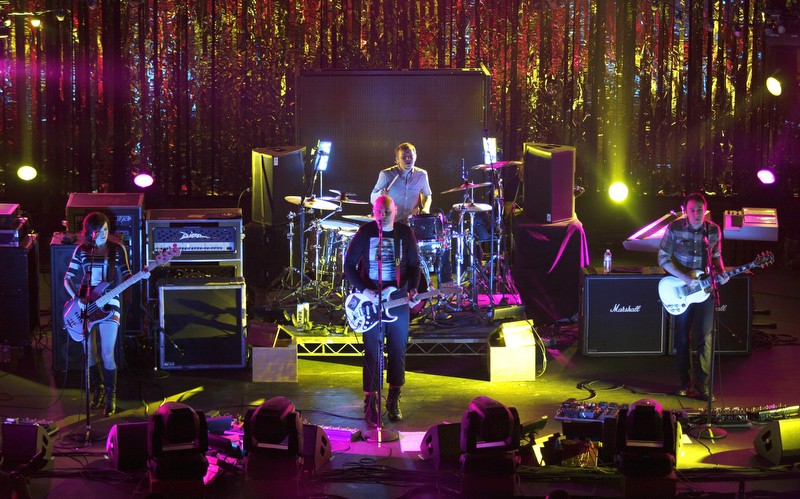 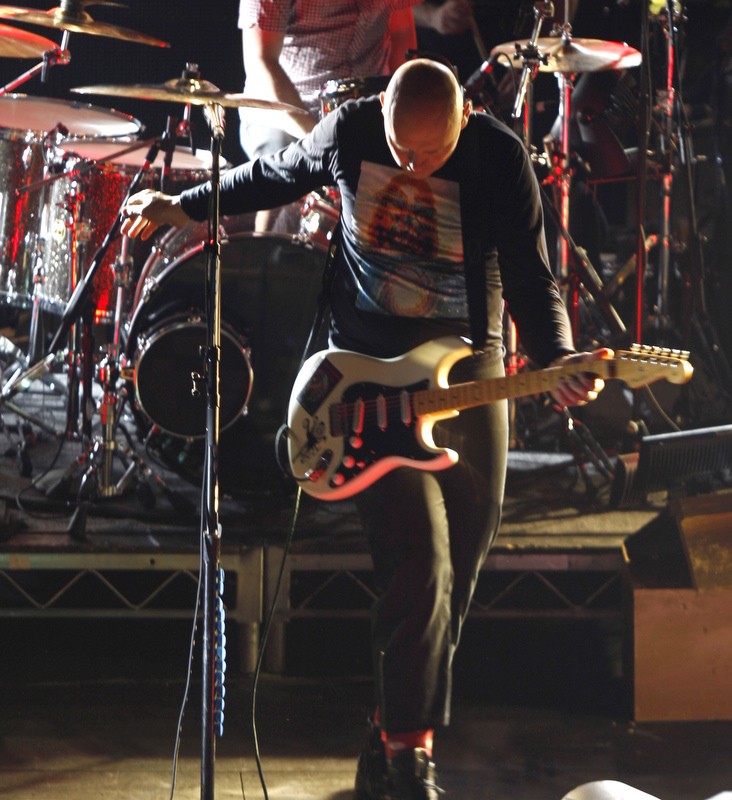 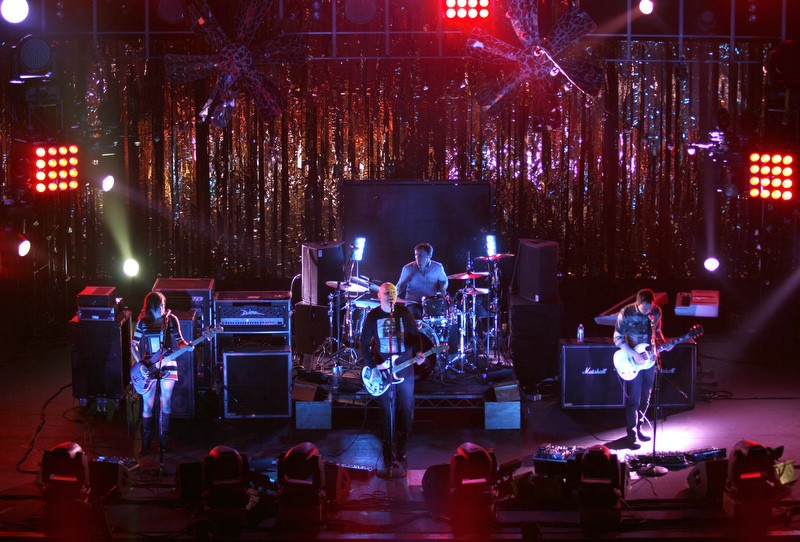 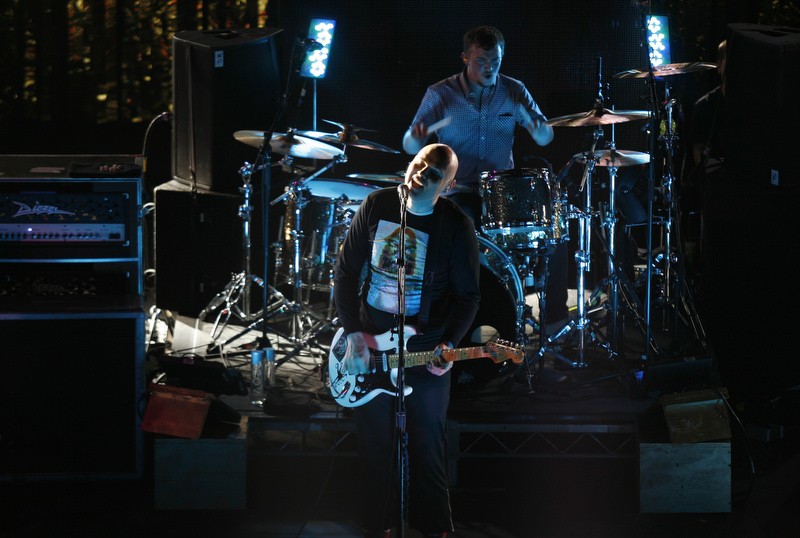 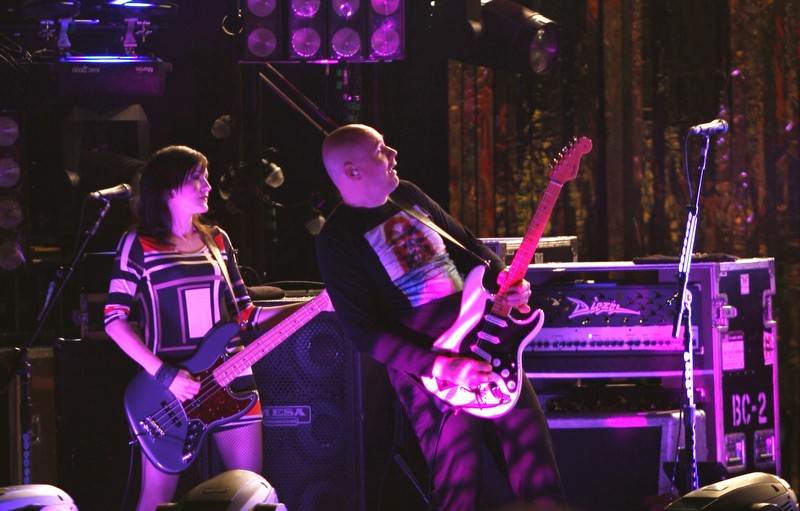 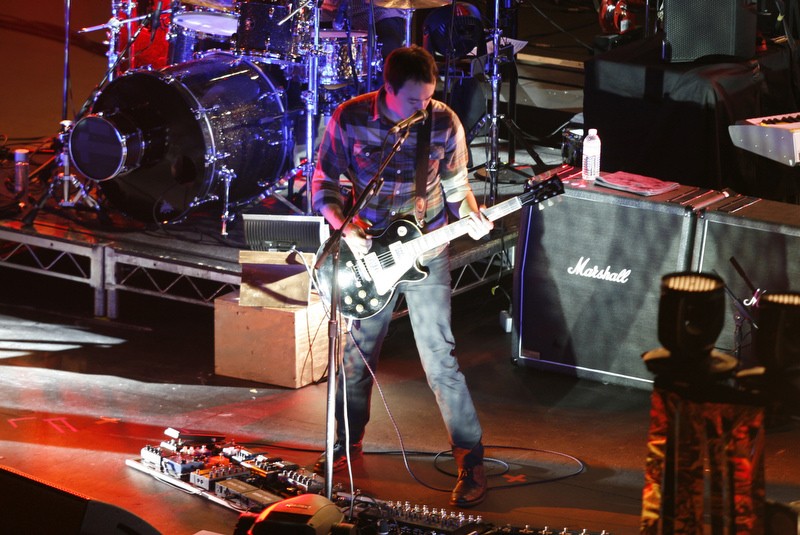 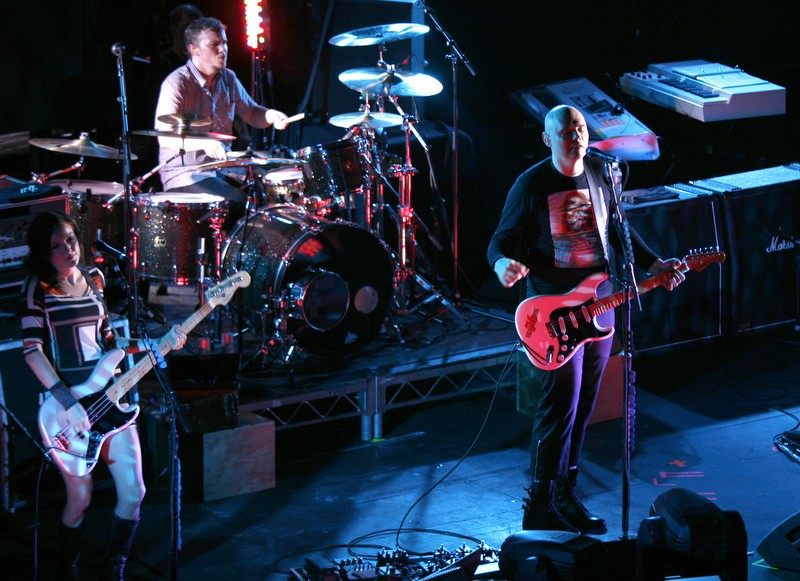 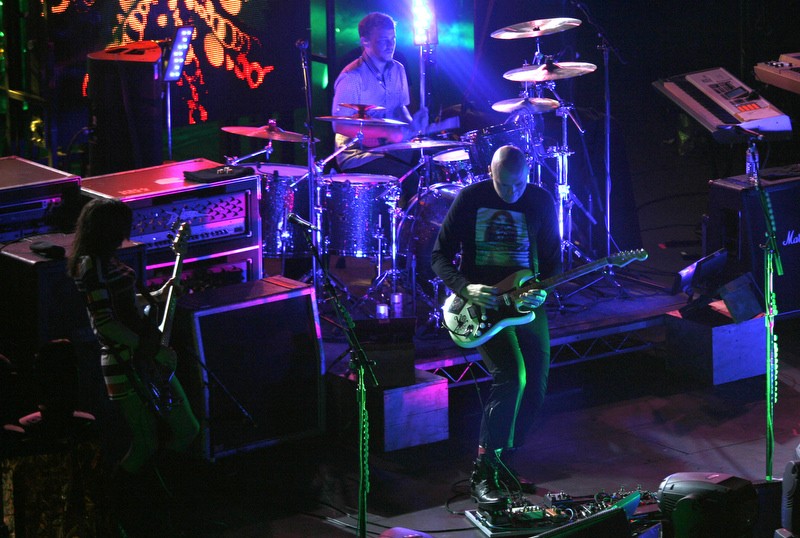 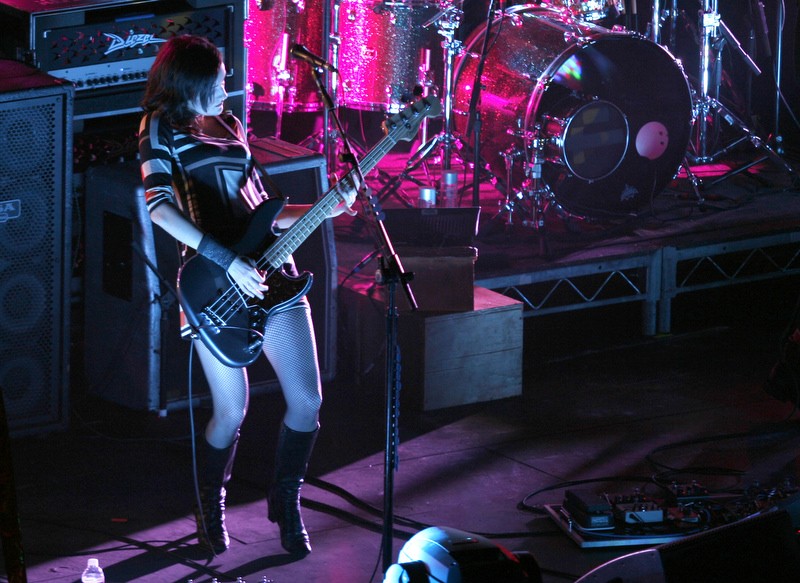 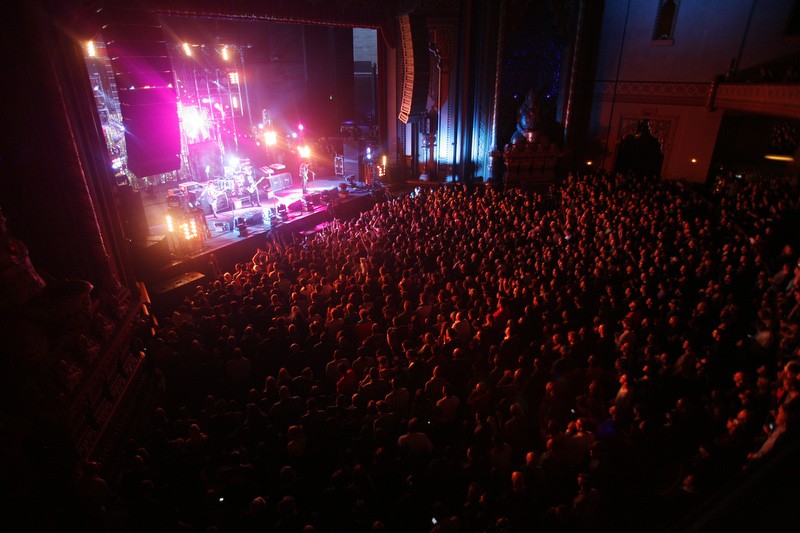 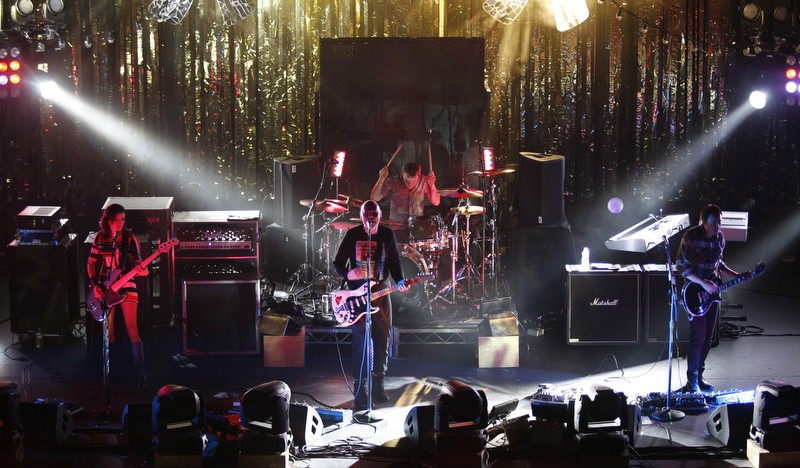 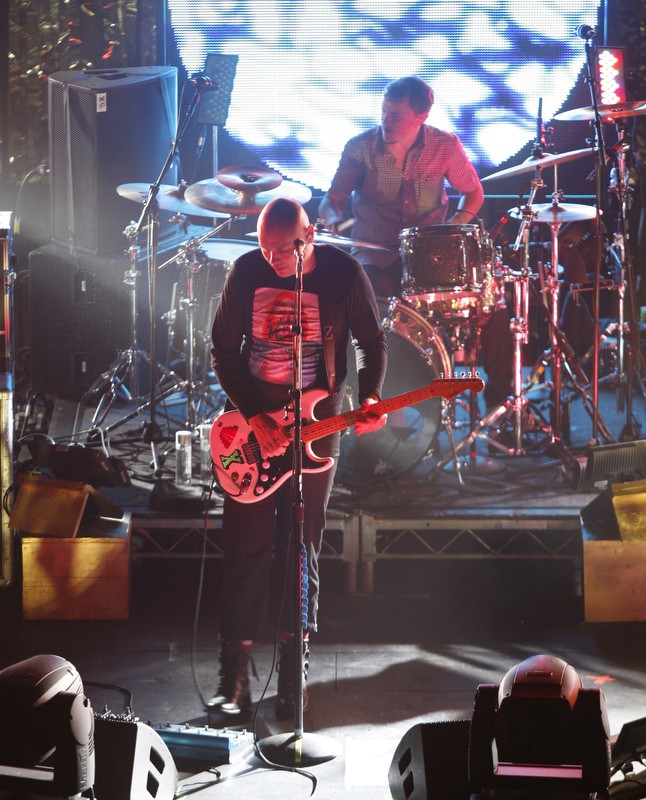 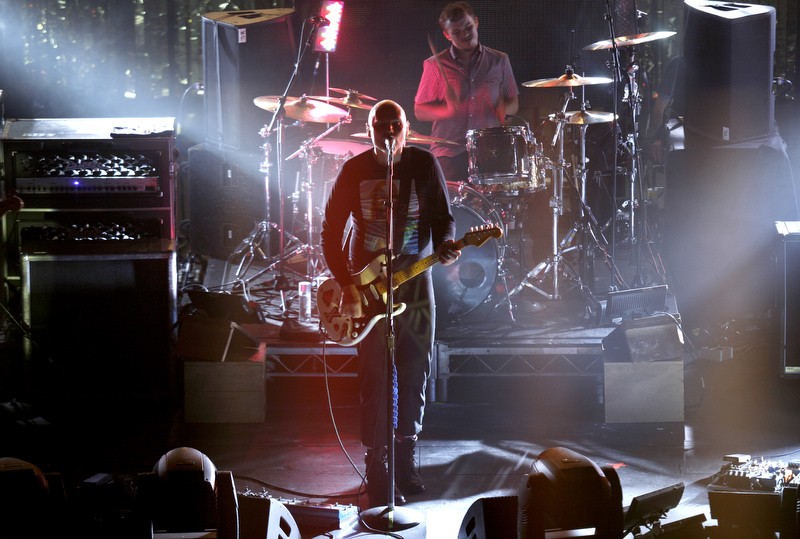 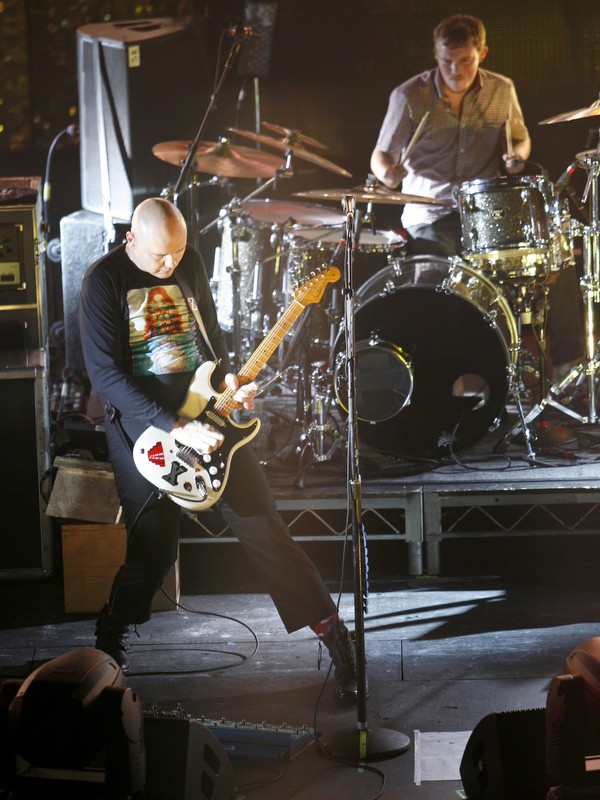 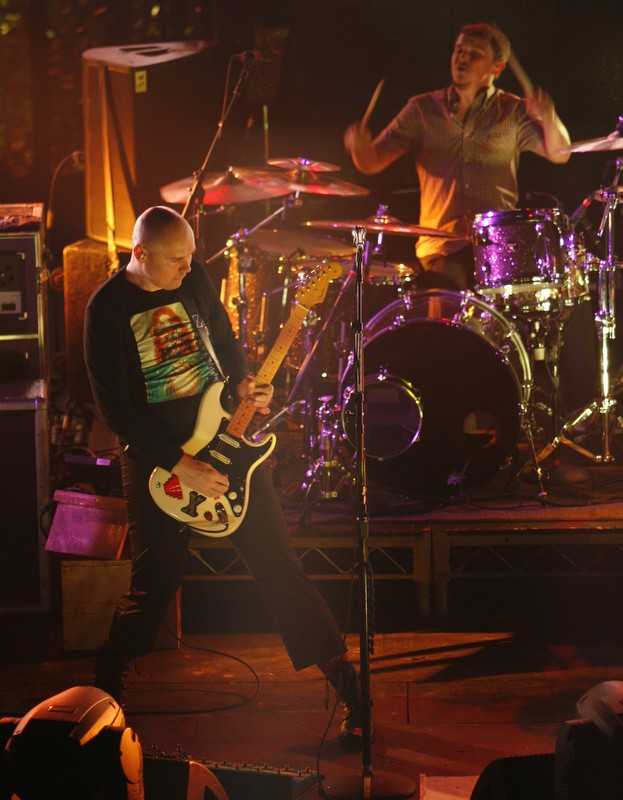 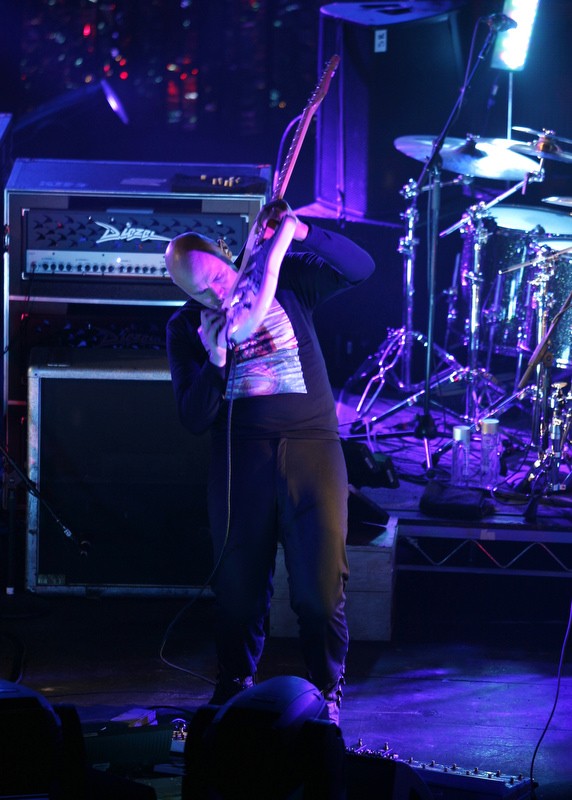 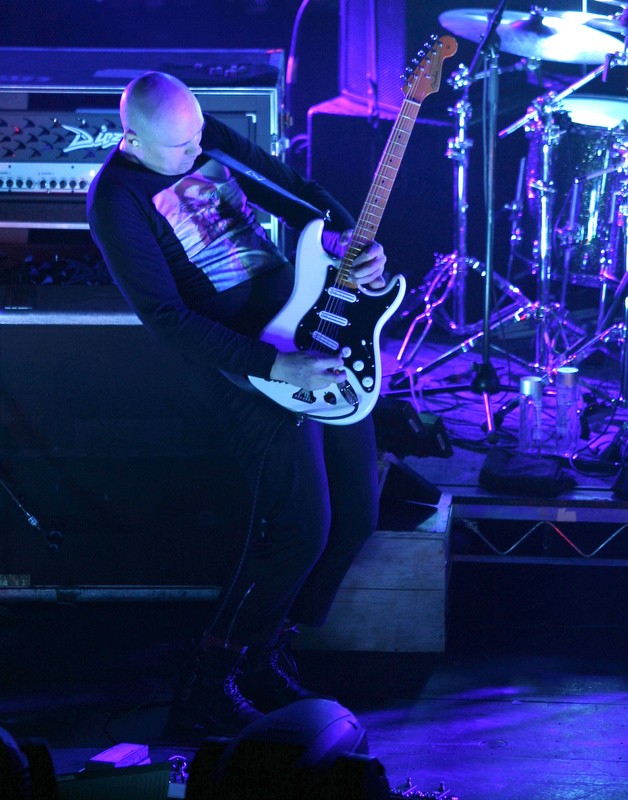 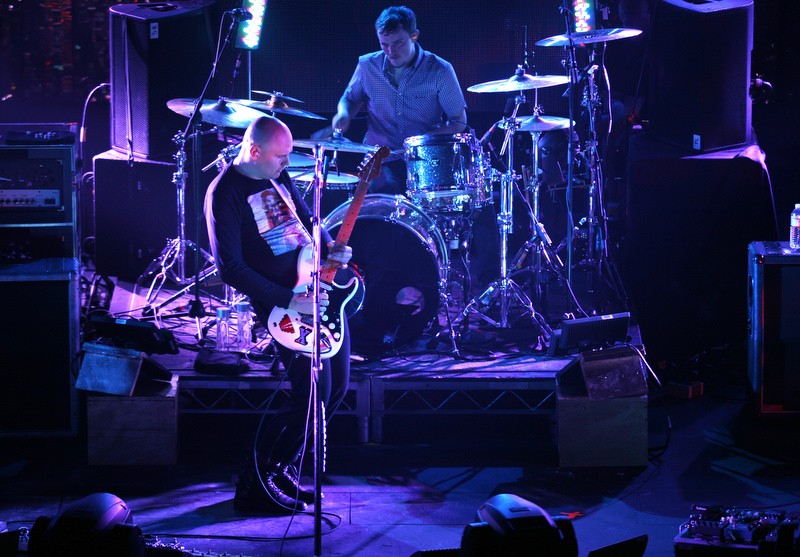 Billy Corgan has for some time walked the fine line between rock god and willful artist, juggling The Smashing Pumpkins’ demands of scale with his own steadfast creative ambitions. And critics and fans both have had their phases of obsession with the alt-rock champions of the '90s, and yet Corgan and company have rarely pandered to anything but their own vision.

But the bandleader has never been entirely comfortable with his own iconography, bestowed upon him by the devoted masses. We were reminded of that reality Friday night at the Fox Theatre in Oakland, sold out with head-banging permaslacks all around. Rarely was Corgan’s face not obscured in shade, only the outline of his sizeable and symmetrical frame visible for most of the night. He said but a few words.

His songs may be bombastic and reflective of a certain level of artistic ego, but Corgan is the humble rock star, perhaps related to the fact that he is also the only remaining original member. Gone are Jimmy Chamberlain and D’arcy Wretzky and James Iha. In their stead are hired guns Nicole Fiorentino (bass), drummer Mike Byrne and guitarist Jeff Schroeder. Say what you will about bands that decompose and soldier on with just one original member, but we should be thankful Corgan is still carrying the torch of one of the finest rock catalogues of the last 20 years. The show must go on, dude.

The band paid visits to every corner of its discography on Friday, mixing deeper cuts from early albums Siamese Dream, Gish and Pisces Iscariot with a handful of new tracks from their yet-to-be-released albums Oceania and Teargarden by Kaleidyscope. Generously and dutifully, they played 22 songs from their sprawling songbook, and they played them loud, which would be the word for the entire sensory experience (the light show was...intense, bordering on overkill at times, a bit too busy for this setting). While Corgan wasn’t much for theatrics or garrulous hosting tricks, there was a sense that a Smashing Pumpkins concert is still something to be made a production of, celebrated with a spazzy patchwork of digital visuals and ethereal interludes of varying consequence sprinkled in between songs.

The show served as a reminder of what makes a Smashing Pumpkins song a Smashing Pumpkins song, from Day 1 to now. The constant strain is a certain multiple personality disorder, of a musical sort, wavering from the sweet, blissful moments where it’s just Corgan and three chords of his own guitar, to the anthemic, fist-raising parts of “Geek USA” and “Muzzle” and “Silverfuck” and “Cherub Rock,” to the amphetamined angst of “Lightning Strikes” and “Siva,” and so on. Within each of those songs, too, is an urge to explore multiple emotions and states of postmodern existence, which is Corgan’s lasting touch, emphasized by his alternating whisper and signature crying howl and chord-solo-chord-solo peaks and valleys.

It seemed that some of the older songs were sped up just a fraction of a beat, but that also could have been a projection of a fan seeing a 21-year-old drummer (who, famously, won the gig after impressing in an open, public audition for the role) furiously breath new life into songs written when he was a toddler.

First impressions of new material were positive. “Oceania” explores darker subcurrents and textures, moody, slow — to the always-rewarding and important-feeling moment where it was just Corgan and guitar. Corgan actually took the controls of the synth for a second, reminding us momentarily that there was an electronica phase for this band and the album “Adore” (revisited just once on the night with the song “For Martha”). But it seems to have been just that — a phase — as Smashing Pumpkins, in its current state, seems mostly interested in doing what they can with the traditional cornerstones of rock ‘n’ roll — drum, guitar, bass, guitar, vocals, expansive songwriting. They also premiered “Pinwheels” — the first of a three-song encore — and it initially sounded vaguely un-Smashing Pumpkins: dramatic, plaintive and unfamiliar, before Corgan puts his Corgan cap back on and thrashed and howled dutifully.

“Pale Horse” was another new number to these ears, featuring Corgan soliloquizing atop low bass drums and the occasional Eastern-tinged bridge, showing a willingness to incorporate extra-genre motif.

For one of the bands who escaped the alt-rock craze of the ‘90s with a bit of artistic cred in tact, it was rewarding to find them excavating their own back catalogues, paying less attention on their set list to their singles (although they ended with “Bullet with Butterfly Wings,” with Corgan singing, interestingly, “can you fake it / for just one more show?”) while also offering hints at what Smashing Pumpkins, 2.0, might sound like in the very near future.

The Bay Area has a field day with #BernieSandersMittens

The Bay Area has a field day with #BernieSandersMittens