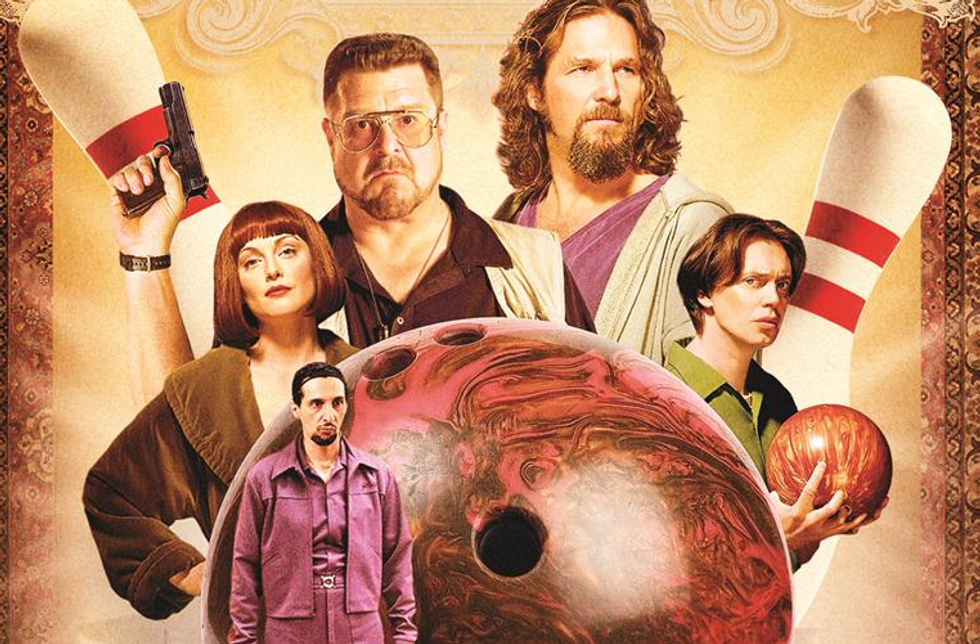 When Joel and Ethan Coen first asked him to take a supporting role in The Big Lebowski as Theodore Donald Kerabatsos, the mild-mannered, oft-dismissed bowling enthusiast who succumbs to a heart attack while fighting a trio of nihilists, Steve Buscemi didn’t recognize their invitation as a ticket to immortality. If anything, his gut told him to decline.

“I remember thinking that I didn’t want to play this part,” he says now, reunited on the stage of New York’s Hammerstein Ballroom with principal members of the Lebowski cast and crew – including Jeff Bridges, John Goodman, John Turturro, Julianne Moore and musical director T Bone Burnett – to celebrate the movie’s Aug. 16 premiere on Blu-ray.

“I couldn’t figure why anyone would want to be this guy – until the end, when we’re up against the nihilists, and [John’s character] is so protective of Donny. It was very moving, and I finally got it. Those two are like the Skipper and Gilligan [from Gilligan’s Island]. That’s their relationship. And I realized I had to do the movie. What was I thinking?”

Hailed today as one of America’s most beloved cult comedies, Lebowski was greeted at the time of its March 1998 release by middling reviews and small, somewhat indifferent crowds. Far from a legend in the making, it was initially considered a flop, despite eventually recouping its modest $15-million budget.

No more. With a slick new Blu-ray set to complement five differently packaged DVD editions, Lebowski is more than a commercial hit – it’s a cultural phenomenon, inspiring rabid devotees to gather in cities across the country (including San Francisco in 2008 and 2009) for annual festivals featuring bowling and costume parties, where the beverage of choice is always the Dude’s favorite: a White Russian.

Could any of the actors have foreseen such a response? Not Buscemi. “People would come up to me on the streets,” he says. “This was about five years after it came out, and by then most movies have already died. They’d say, ‘I’ve seen the movie five times.’ Well, that’s good, I guess. Then the next year – ‘I’ve seen the movie 10 times!’

“I didn’t believe them. Why would you watch it 10 times? Well, now I believe them. And when people come up to me and say, ‘Shut the fuck up, Donny,’ I take it as a sign of respect.”

Turturro, who plays rival bowler Jesus Quintana – The Jesus, if you’re into the brevity thing – was similarly caught off guard by the reaction, especially to his character, whose shady past (as a notorious pederast) and garish purple jumpsuit inspired some unusually explicit solicitations.

“I actually got a lot of sex mail,” says Turturro. “Some women, but mostly guys talking about things they wanted The Jesus to do to them. It’s flattering, but it sounds pretty exhausting.”

Assembled for one night only – barring a possible sequel – the stars seem as tickled by the boisterous exuberance of fans who sold out the Hammerstein as by their undiminished fascination with the labyrinthine (and, it must be said, extraordinary silly) mythology of Jeff Lebowski – the man just right for his time and place, better known to friends and well-wishers simply as The Dude, Duder, His Dudeness or even El Duderino.

To Bridges, of course, he is but one of many characters the Oscar-winning actor has played over a remarkable 60-year career in film, starting with his appearance, as an infant, in the 1951 romantic drama The Company She Keeps. But that doesn’t mean The Dude doesn’t hold a special place in his heart.

“I remember, chronologically, meeting the first time with the brothers in [their] reading room. They hadn’t cast the movie yet, so they drew this guy, the Big Lebowski, on a chalkboard, or a marker board, I guess,” says Bridges, who almost turned down the part, concerned that his daughters, then in their teens, wouldn’t want their dad to be known as the world’s laziest stoner.

“So they had a cartoon of this guy. I think the brothers will tell you that I was pretty resistant in the beginning – you know, they had to drag me to the party. But boy, I’m glad I went to that party, man. And they’re the best. They really know how to do it, getting all the right cooks together in the kitchen, man.”

On their fondest memories of filming Lebowski:
John Goodman (Walter Sobchak): “It’s the most fun I’ve ever had working on a film. I’d go to the set on my days off, and that’s going a long way for me. I loved the spirit of the movie. I never thought about it being released or anything like that, I just loved it, from the first time I read the script until the day I said good-bye to everyone. And I never worked in the business again.”

Julianne Moore (Maude Lebowski, the Dude's fucking lady friend): “I loved the language. I read the script, and I thought, ‘OK, I know how [my character] talks, I can figure this out.’ And the first time I did it, Ethan said to me, ‘I love that boarding-school accent you do.’ I told him it wasn’t an accent, it was an affectation. And that was the character, to me.”

John Turturro: “The Coens kept telling me they weren’t sure it was going to happen, they didn’t know if Jeff would do the film. But they told me they had a part for me, and I read the script. I told them, all this guy does is [go bowling], but they said, ‘Yeah, but you’ll do something interesting with it.’ So I took him, and the result, of course, is very close to my life.”

Jeff Bridges: “I remember you showing up to the set, and you were just in and out, there for a day. You were wearing that hot-pink jumpsuit.”

JT: “That was a good costume. All actors have to credit their costumes.”

SB: “One thing I did, and I’ve never done this on any film that I’ve worked on, is that I had the whole cast sign a bowling ball. I remember Sam Elliott said, ‘Man, I don’t usually do this, but… well, all right.’ And I’m afraid to mention that I have this bowling ball because I’m afraid somebody is going to break into my house and find it.”

JT: “I had a bowling ball, too, that I sold for charity. The tragedy is they sold off all my jumpsuits, soon after the movie came out. They should have waited, they could have got a lot of money for those… for charity.”

On when they realized the movie had gained a cult following:
JG: “People started accosting me on the streets, more than usual. Actual people, not just the voices in my head.”

JM: “It was the same thing for me – people coming up to me and saying, ‘You’re in my favorite movie! You’ll never guess what it is!’ And I’d say, 'The Big Lebowski?' And they’d say ‘Yeah, man! How’d you know?’ And a couple years later it was the same thing. They’d seen it five times, 10 times, 20 times. Maybe it was the only movie they’d ever seen.”

On where their characters are now:
JB: “[Maude and I] have three kids. We’ve gone in and out of it. We’ve been married a couple times.”

JB: “The Dude is giving a massage right now. He’s become a masseuse.”

JG: “Walter tried to be become a member of the French Foreign Legion, but they wanted him to work on Shabbas. Now he raises pigeons.”

JB: “What do you guys think about this theory that Donny doesn’t actually exist? Have you heard that? You think that’s bullshit?”

SB: “The feeling is that Donny is a figment of Walter’s imagination, because nobody ever really acknowledges Donny.”

JB: “I never acknowledge you!”

On the possibility of a sequel:
T Bone Burnett: “I would do it in a heartbeat. I mean, it’s the Coen brothers, I’d do anything they wanted.”

JT: “I would agree to it if Donny comes to live with The Jesus so we can finally have some kind of relationship. So it would have to be a prequel.”

JM: “We’d get the kids back from boarding school. We’d do it.”

JG: “It’ll never happen. I could pitch my time in the movie a million different ways… but I’m down for anything.”

SB: “Actually, we did do a sequel, of sorts. I did this DirecTV commercial, and it’s a chicken and an egg, and they’re both watching a movie. They wanted me to be the egg, and they said they would have John Goodman as the voice of the chicken. So I told them, ‘I’ll do it if John does it.’ I thought, I have that line in the movie – ‘I am the walrus.’ Well now, I’m the egg man.”

The Big Lebowski is now available on Blu-ray. To purchase a copy from Amazon, click here. To purchase tickets to see Jeff Bridges and his band, The Abiders, at the Marin Veterans' Memorial Auditorium on Aug. 24, click here.