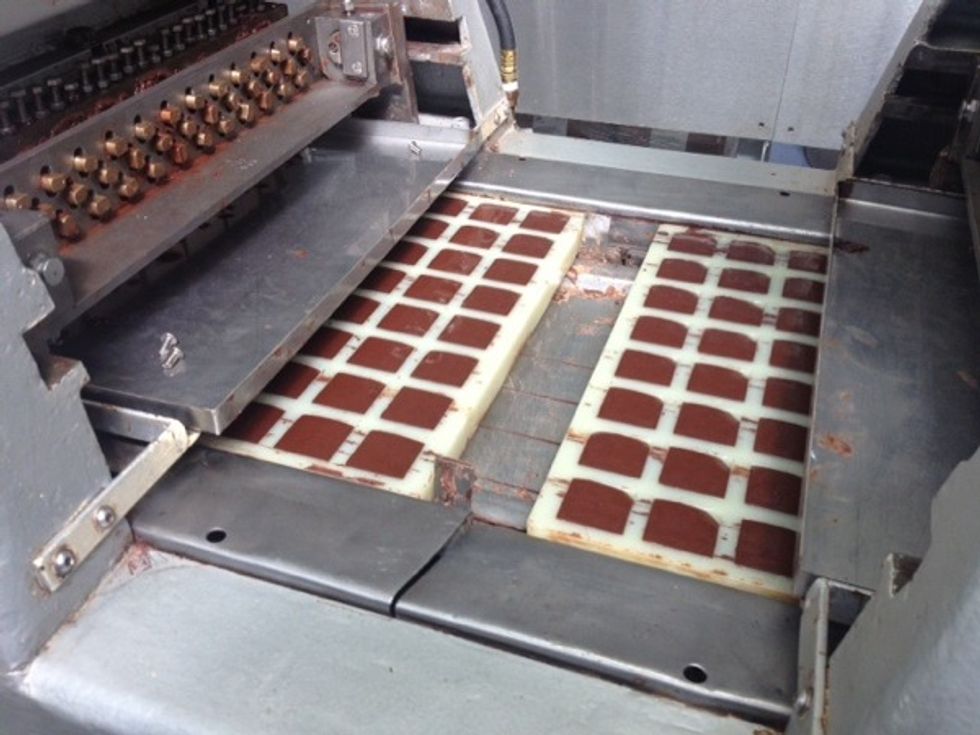 On the back of every package that is produced at the TCHO chocolate factory at Pier 17 are the words “No Slavery.”

“Who can believe in the 21st century there not only is still slavery but there are more people enslaved today that at the height of the slave trade?” says Louis Rossetto, who with Jane Metcalfe runs TCHO. “We need to speak out about that and, whereever possible, address it directly. That’s why on every package we say ‘no slavery’.”

TCHO buys the beans it uses to make chocolate from various countries in South America and Africa, but refuses to buy from the world’s leading supplier, the Ivory Coast, where slaves work on cacao plantations producing beans for industry giants like Nestle and Hershey.

Hershey found out how damaging such practices can be last year when a consumer boycott protesting the child labor exploitation in West Africa prompted Whole Foods to eliminate all Hershey products from its stores (the boycott of Hershey is ongoing).

Rossetto and Metcalfe, who 20 years ago launched Wired magazine, are aiming to have as great an impact on the world of premium chocolate as they did on publishing.

And they use technology, including iOS apps, in innovative ways to maintain a transparent supply chain all the way from the fields, where their cacao is grown and harvested, to Pier 17.

“TCHO is the only producer that is traceable right down to the farmer, field and crop,” says Rossetto.

The company works with and trains growers in co-ops in Peru, Ecuador and the Dominican Republic, and has just started establishing operations in Ghana, the world’s second largest cacao supplier, to ensure that its entire premium chocolate line is organic and fair trade-certified.

In the process, it is helping raise the living standards of some of the world’s poorest farmers by connecting them with the most lucrative and fastest-growing segment of the global chocolate market.

“It’s a win-win for them and us based on mutual self-interest,” says Rossetto. “With the co-ops we are helping strengthen their business practices. We are getting a great product in return.”

The company is in the midst of a large expansion of its product lines, which started out with dark chocolates, expanded to include milk chocolates and now is selling its first “ingrediated” bar – the Mokaccino – using Blue Bottle coffee beans.

Six more bars combining new elements will be available by this summer.

TCHO currently does over $5 million in annual sales, one-third direct and three-quarters through its approximately 1000 retail partners in the US and Canada.

And although it started out as a pure consumer brand, it now sells half its product to other businesses, including local sensation Smitten Ice Cream and local microbrewers.

As for expansion plans, TCHO has taken out trademarks in 20 countries in Europe, and Asia as well as Brazil.