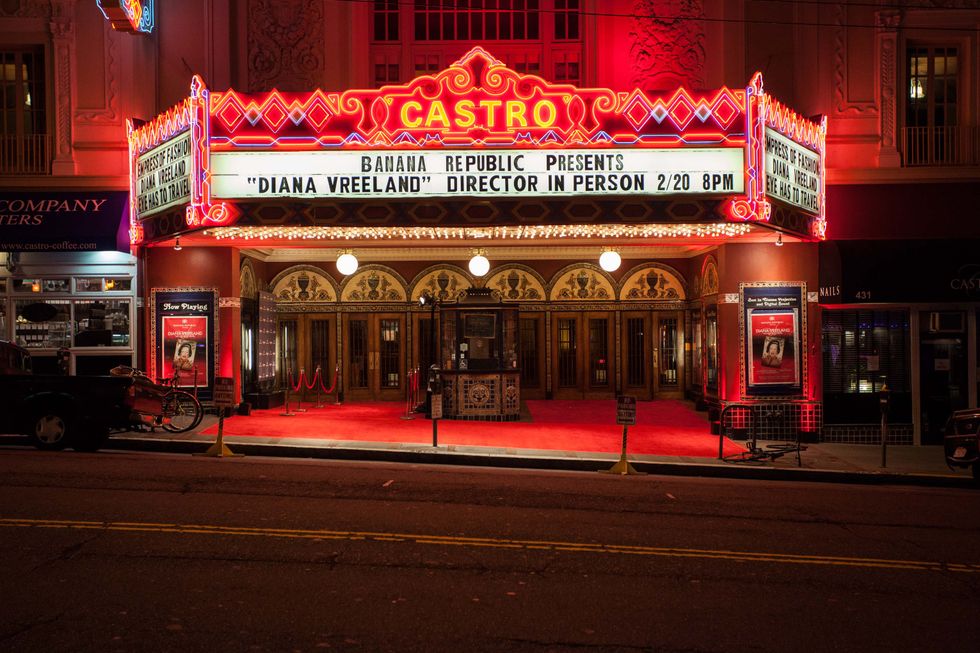 Lisa Vreeland, director of the documentary, The Eye Has to Travel, about legendary fashion editor Diana Vreeland (who is her mother-in-law), dropped into San Francisco for a screening of her film at the legendary Castro Theater. She sat down with 7x7 to discuss working in Paris, her upcoming documentary on another larger-than-life tastemaker, Peggy Guggenheim, and what she loves about San Francisco.

LG: How comprehensive is their collection?
LV: Condé Nast there has a full collection. Not because of Condé Nast, but because of Susan Train, the American editor who has been based there for 50 years. She is so unbelievably organized.

Harper’s Bazaar is a harder archive to deal with because they didn’t keep copies of anything. They didn’t keep the photographs… People didn’t understand they shouldn’t do things to magazines at that time. They tore out pages. Designers left sticky things on them.

Condé Nast's library in New York has a digital archive. They have the first Vogue scanned. They did it in China, they had it all done there, and expensively. You could type in a word, or “shoes by Roger Vivier”, and every editorial, every mention [would come up]. It’s kind of amazing, to have a search engine, to do something like that.

When I sat down to do this project, I sat down with Anna Wintour, Glenda Bailey (the Editor-in-Chief of Bazaar), and Emily Rafferty, the head of the Metropolitan, and I told them all, “I am doing this project, and I just want to let you know.” And then I went on about my business. Everybody has been very generous with access to things. In a funny way, I never knew Mrs. Vreeland, but I feel so much that she has guided me in this project. Her charm, and the memory people have of her, has been guiding us along in a funny way because, I think when you make a film and you have people calling and contacting you. People like Oscar de la Renta, calling me up and saying, “I am so happy with this film,” and wanting to talk about it. Diane Von Furstenberg even, people who have seen it privately… I just brought it to the forefront.

LG: What was the most surprising thing you discovered while researching the film?
LV: That she was a teacher. She guided all of these incredible people. She saw what was inside of them and helped bring it out.

LG: Please tell us a little about your upcoming documentary on Peggy Guggenheim?
LV: I was researching the Abstract Expressionists, and found that many of the first one man shows of the most important artists of the time, such as Jackson Pollock, Mark Rothko, and Hans Hoffman, were shown at her gallery, Art of This Century. She had a fascinating story of wealth, an abiding love for the arts, and for the lives of the artists who shared their world with her.

LG: What do you think of San Francisco?
LV: Many of my closet friends are here. It’s the most beautiful city. If I didn’t live in New York, I would probably live here. Though, it’s far from Paris….