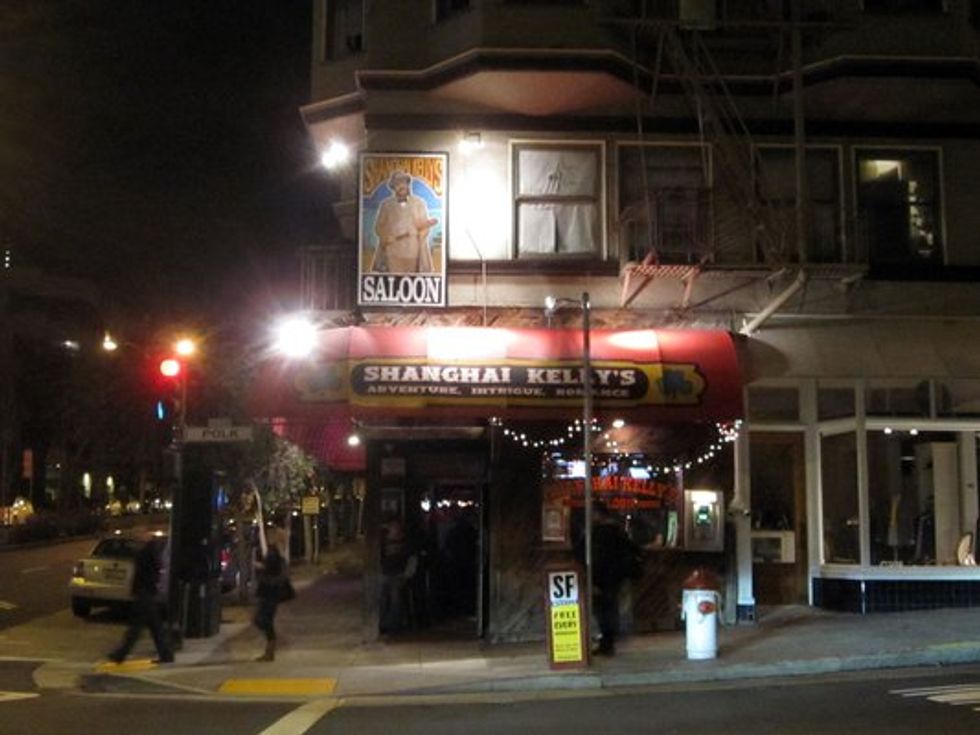 Shanghai Kelly was a bad motherfucker. If you went to his saloon at 55 Pacific Avenue there was a good chance he’d spike your drink and you’d wake up on a boat on its way to Shanghai or any other locale that wasn’t San Francisco. This was the Gold Rush, and sailors would come into port from all over the world, only to abandon ship in search of unimaginable fortunes in the gold fields. It was the crimps who were really making the fortunes though, knocking out unsuspecting men through drugs or violence, and selling them to ship captains who needed crews so they could sail away from the vice ridden bacchanal called San Francisco. They called Shanghai Kelly “King of Crimps” because he was the best…or worst depending on how you looked at it. Rumor is he once filled a boat with people to “celebrate his birthday”, drugged all of them and then sold them to three different captains. Yeah, he was that kind of bad motherfucker.

If nothing else, San Francisco is proud of its history as a rough and tumble town on the edge of the world, so it makes sense that in 1985 a bar opened at the corner of Polk and Broadway named after Shanghai Kelly. While these days no one inside gets drugged and sold off to sea captains, they certainly do get shitfaced. It’s a good bar for that really. Weird signs and bumper stickers cover the walls and people sit on barstools staring at the TV screens, or into their beers, or at nothing really, depending on the time of day. During games people pack the bar and pour out into the streets drunkenly yelling at players who can’t hear them and other patrons who can. At nighttime it’s a place to have a drink that’s not in North Beach and not in the Marina and not full of whatever kind of crap that’s happening further down on Polk Street these days. It’s a place for people who need a place to drink and be surrounded by other people who need the same thing.

We were in Shanghai Kelly’s and Dewey was about to leave San Francisco for Shanghai. Well, not Shanghai initially, but eventually during the many months of Eastern travel he was about to embark on. I don’t recall if he chose the location based on poeticism or not, but knowing Dewey, he probably did. We were there to see him off, to say “bon voyage!”, and to get pretty drunk. That’s what you do when people leave and you don’t know when they’re gonna come back into your life. I’d met Dewey nearly a decade before while looking for a place to live on Craigslist. I didn’t get the room, but Dewey and I had been good friends ever since. I’d seen it happen enough times already, people I loved left San Francisco to search for something, and never came back. Very few of them ever found what they were seeking, but they often found something else, something strong enough to keep them from returning. That’s what going away parties are really, a collective exercise in saying “Please come back.” The booze just makes it easier.

Shanghai Kelly the man was very good at making people never come back. Shanghai Kelly’s the bar, not so much. Dewey was back in San Francisco a few months later with magnificent stories to tell. Maybe the bar is karmically making up for the sins of the man it’s named after. If that’s the case, perhaps Shanghai Kelly’s is where all going away parties should be held from now on.