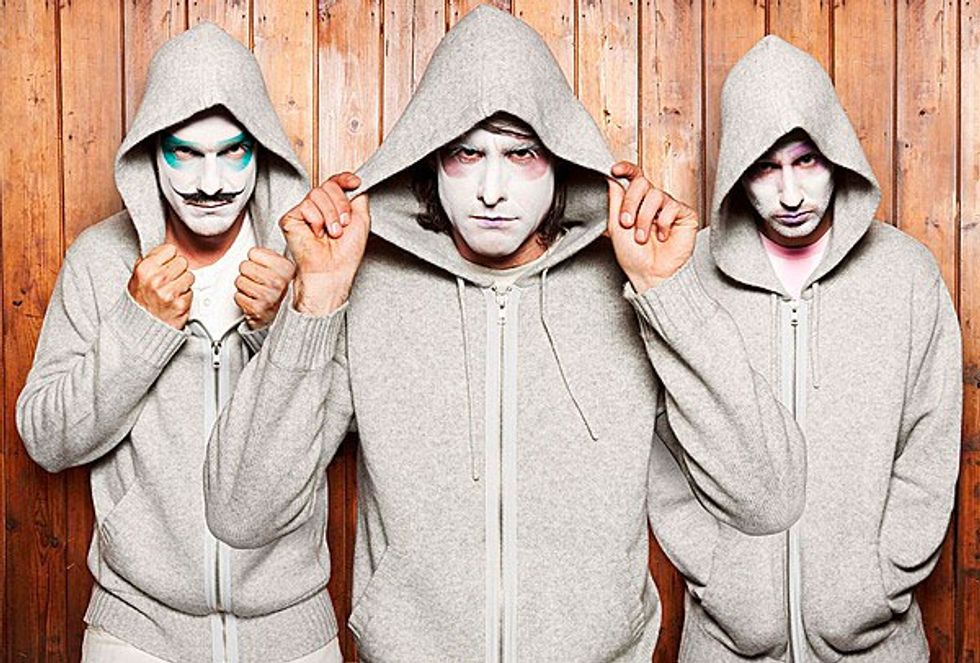 There’s no denying the buzz surrounding Treasure Island Music Festival this weekend. At every café you go to, during any weekend conversation you may have, and any exchange with a music junkie will inevitably lead you to some form of  “TI” dialogue. Although you won’t have to weave through crowds, peeling between stages to catch 30 minutes of your favorite band (whoever thought of the alternating – not overlapping – festie schedule is nothing short of genius), we’ve still got weekend fever for these five acts.

5.!!! – Pinpointing what genre !!! falls under is as difficult as nailing down an official pronunciation of the band's name (most people call them chk, chk, chk, by the way). A brilliant breed of punk-meets-experimental-meets-funk, if !!!’s live show is as brilliantly addictive as their albums, there’s no doubt the entire crowd will eat it up.

4. Deadmau5 – How could you resist a nerdy dude with a cute (and gigantic!) mouse head slamming on keys and knobs? The gimmick is almost as exciting as the music, what with the various different “Deadmau5 heads” and all (i.e. LED light-up –mau5, the all black with glowing eyes –mau5, the signature red –mau5, etc). His infectious drum ‘n bass hits hard, but his charming stage presence brings it to life from behind a turntable (ahem, laptop). Trust me, this one won’t be boring.

3. Miike Snow – It’s impossible to argue the songwriting brilliance of Miike Snow. Two of the three members are, after all, Grammy recipients for one of the most notable pop songs in history, Britney Spears’ “Toxic.” Alongside other behind-the-scenes gigs producing for pop divas from the likes of Madonna, and Kylie Minogue, these guys busted outta the backstage for their big spotlight debut back in 2007. See “Animal,” and “Silvia,” for references under badass Miike Snow songs.

2. Die Antwoord – There are many words to describe this South African wildcard. A few that come to mind: disturbing, bizarre, wildly entertaining. Their redneck hip-hop blend somehow just works with the mainstream US public, not that anyone really understands what they’re saying or doing, but it's akin to averting your eyes from an oncoming train wreck. How could you turn away? With performing artist backgrounds, it’s no wonder they’re so good at acting their parts. In real life, Ninja and Yo-Landi Visser are married and have a daughter named Sixteen Jones, how’s that for a normal home-life?

1. LCD Soundsystem – This project started out as a mid-life crisis distraction, and here’s to hoping that crisis never ends. James Murphy’s disco-punk style and unbelievably talented song compositions are hard to compare. The traveling crew with LCD Soundsystem are easily just as musically talented as Murphy is with his words. This will not be a show to miss.

*Don’t forget to give some loud local love to SF (and Oakland’s) own Wallpaper, and Maus Haus on Saturday.