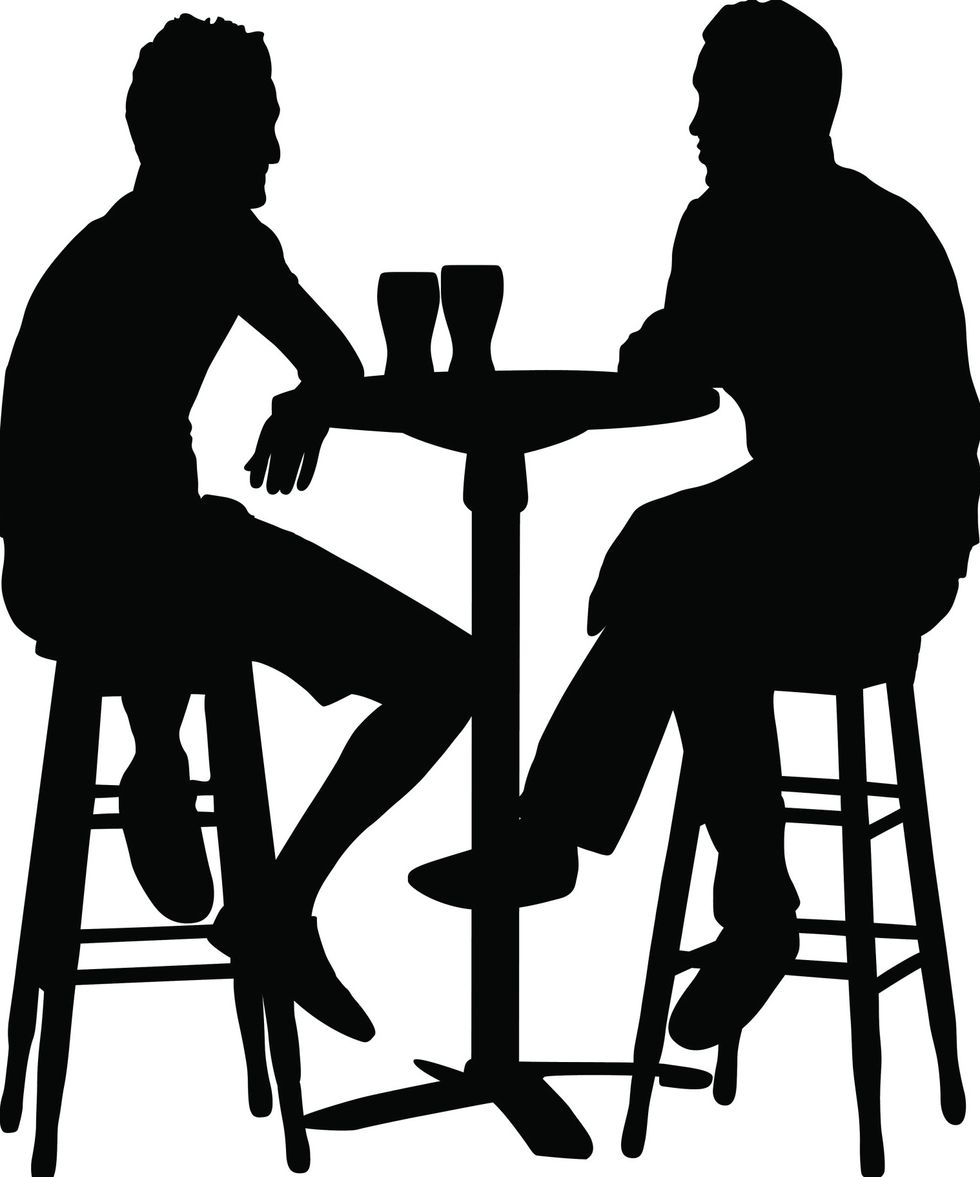 Two Sense: I Want to Date My Hook-up

I’m a 32-year-old gay guy who’s been seeing a very sexy “f-buddy” once a week for about two months. Even though it’s just sex, we often spend the night together and our encounters feel very intimate. He talks a lot about spending more time together, traveling, going to concerts, etc. He stayed over last Friday, and on Sunday morning, I texted him to suggest we have brunch and got no response. Yet I know he'll get in touch the next time he wants sex. I'm finding myself thinking about him all the time. I even suggested once that we be “just friends,” thinking it would solve my quandary, since we have a lot in common. Partly in jest, I suppose, he said, “I have enough friends. I want to f*ck you," which I could have taken as a compliment but didn't. I'd like some clarity. I could come out and ask him, but maybe that would ruin our chemistry and it’s just better to let whatever we have together run its course. What should I do?

He Said: Gay men sometimes fall into what I call the "hook-up trap." They cultivate vibrant sex lives, expertly disassociating their emotional and sexual feelings for long stretches of their youth. And that's all for the good. But the downside is that when a more encompassing connection arrives, they are dumbstruck.

Basically, he senses his power over you so he's playing it coy. You are reading far too much into half-joking, off-handed remarks. The emotional distance he creates by this perhaps unconscious strategy is what's driving your feelings. At this point, you don't know him well enough to be falling for him. So ask him more directly what he's looking for. Then tell him what you want. If your answers do not mesh, then you'll have to negotiate some sort of a happy compromise. But keep reminding yourself that until you get to know him better, your feelings are exaggerated by the difficulty you are experiencing in getting to know him. This will help you regain your mojo, and find the clarity you seek.

She Said: I agree. You want him partly because of his lack of availability. If you want clarity, then next time he mentions doing something together, ask him straight out, “Are you serious or just trying to be nice? Because I’d be into it but only if you are, too.” If he really wants it, he’ll make it happen with his actions. Anything less than that, take as a no.

But first ask yourself: Are you sure you want clarity right now? Or is it him you want? Gay hook-up sex has the benefit of being easy and straightforward, but one big downside is that no one has to play the role of seducer. The entire seduction process, a ritual steeped in history and expertise, is nipped down to a few preliminary texts about time and place. So if you want to lure this guy into spending more time with you, you need to think of what you can do to seduce him out of bed. If you two really have that much in common, it shouldn’t be too hard. What kind of music, food, and activities do you both like? Mention these in passing—the great concert you just saw at Slim’s, the meal you just had at State Bird Provisions, the weekend you just spent by the pool in Palm Springs, the club-level tickets you got to AT&T Park. Make him want to accompany you. Tease him with them but don’t ask him outright. Play his favorite music in the background next time he comes over; pour a glass of good wine; have some delicious leftovers ready for a post-sex snack. Next time you have exciting plans with a big group of friends, say something like, “Hey, you should come, you’d like these guys.” Little by little, reel him in, both before and after sex, with tales of your highly pleasurable social life. I promise, the seduction process itself will be fun, and even if it doesn’t work, you’ve saved your pride while continuing to enjoy the sex.