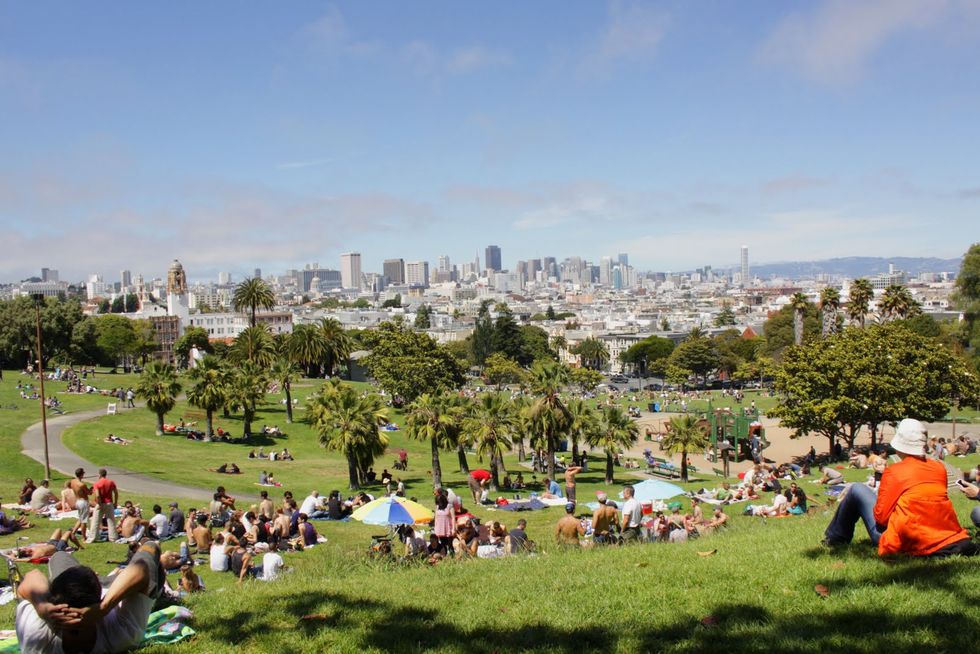 Sobs from sun-seeking hipsters could be heard around the city this weekend, when precious picnic real estate was even further restricted due to the closure of half of Dolores Park on Friday by SF Rec and Park. Eight acres of the Mission hot spot are now under construction, but recent renderings of the new and improved Dolores Park – to be revealed next year – show that the coming months of strife and struggle will be well worth it in the end. Cheer up, sunbathers, and prepare to get cozy in the meantime.

If you've happened upon Dolores Park after the hordes have departed, it's abundantly clear that it gets almost too much love. With over 3,700 visitors on a typical Saturday, the park is left looking far worse for wear on Sunday night with trampled plants, constant littering, overused restrooms, inadequate drainage, and obsolete irrigation creating a sorry sight—not to mention the cesspool that the surrounding neighborhoods are transformed into as impatient (and downright immoral) visitors turn front stoops into their personal latrines. The new park redesign, however, hopes to create more utilities that will benefit locals and tourists alike.

Hundreds of local citizens participated in the park redesign, and new construction will focus on residents' main concerns: improvements to park facilities, sports areas, and the general infrastructure. The revamp includes the repair and renovation of the courts, field, and play area; restoration of existing roads and pathways; upgrades to subsurface infrastructure, irrigation and lighting; modifications to the site to remove barriers and improve accessibility; and an overall reconditioning of the park landscape. In addition, the existing restroom and the two storage containers will be removed and replaced with three new buildings. Various sections of the park will remain closed until construction is finished.

While the big reveal in spring 2015 may seem like an eternity, let these bucolic renderings appease your longing and inspire some patience: