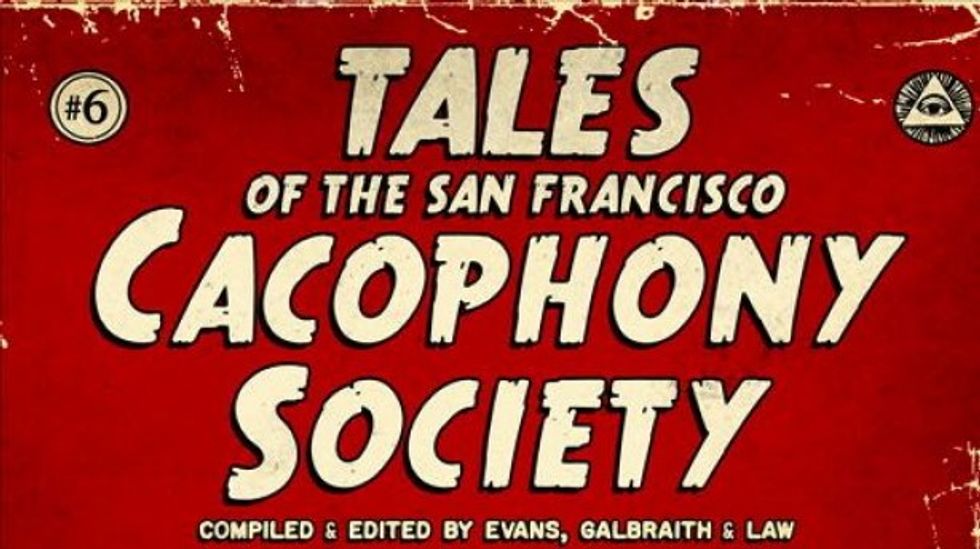 7x7 is once again a proud sponsor of Litquake (starting today and ongoing through next week), and we are especially jazzed about our own program during the big closing-night event, Lit Crawl! Please join us at Elbo Room on Saturday, Oct. 19th for "Tales of the San Francisco Cacophony Society," which promises to be a revelatory collection of stories from one of the city's leading proponents of keeping San Francisco weird.

We're welcoming the following writers upstairs at Elbo, which will be serving happy-hour drink specials during Phase I (6-7pm) of the renowned crawl:

1) Stuart Mangrum has been an unindicted co-conspirator in the Cacophony Society, the Billboard Liberation Front, and the Burning Man Project. He is an accomplished bullhorn orator and propane skeet shooter.

2) A longtime friend and resident of the de facto Cacophony clubhouse at 1907 Golden Gate, Marc Weber heads the Internet History Program at the Computer History Museum.

3) Carrie Galbraith is a fifth generation Californian and a former editor of Rough Draft, the Cacophony newsletter. She has driven though 47 of the 50 states and lived in 5 countries. She also draws and paints and is an avid birdwatcher.

4) Pursuing the union of dreams and waking life in film, writing and music, Steve Mobia found much inspiration in the enlightened antics of the SF Suicide Club and Cacophony Society.