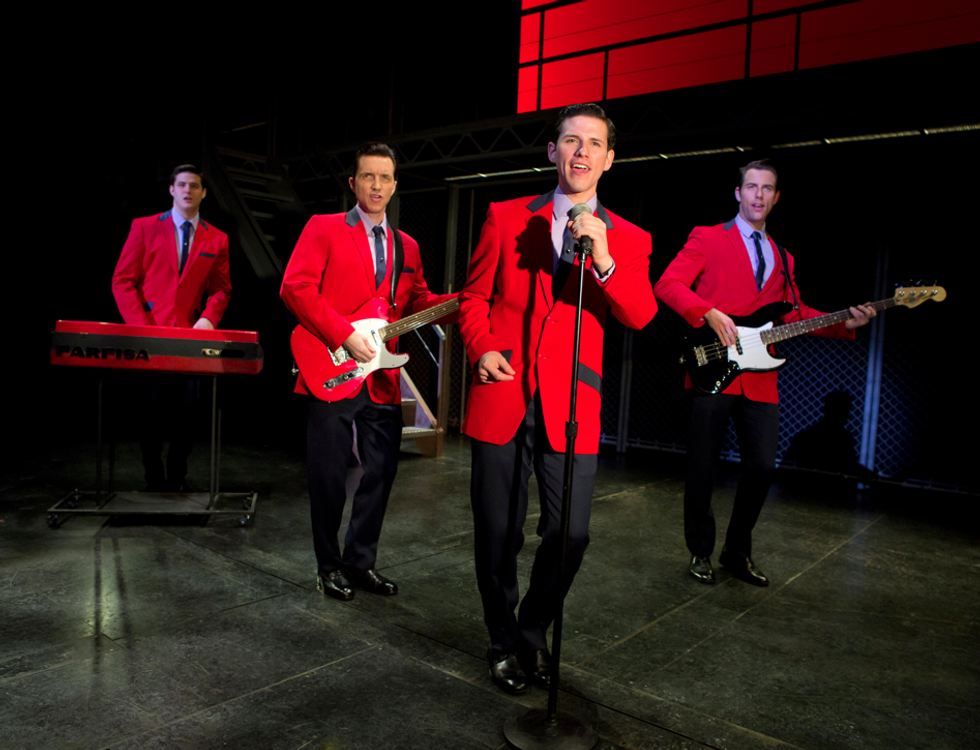 Start humming "Big Girls Don't Cry"—the Tony (and Grammy) Award-winning musical Jersey Boys has made its way back to San Francisco after a six-year hiatus from our streets. The story of Rock 'n' Roll Hall of Famers, The Four Seasons, is told through the eyes of each of the group's members: Frankie Valli, Bob Gaudio, Tommy DeVito, and Nick Massi. We threw a few questions at Bob Gaudio—the band member who wrote all of the music for the show—to give you the inside scoop before you see the show.

Paint a picture of life in New Jersey before The Four Seasons.
I went on the road with a hit record called Short Shorts when I was 15.

Were you the coolest kid in high school?
I left high school and learned about the world on a magical, musical bus tour for three months as depicted in the show.

What did it take to get noticed in the music world?


Some talent, some luck, and a lot of hard work. I had red knuckles from door-knocking for a while.

Describe the sensation when The Four Seasons were at their height.
The feeling that you can do no wrong is the best, especially while it's true. Unfortunately, it doesn't last forever.

What's it like to still see Frankie Valli out there touring?
I just saw him playing on Broadway while Jersey Boys was playing around the corner on 52nd Street. It can't get better than that.

Do you ever miss being on the road?
Producing/writing has always been my passion. Performing was secondary. I don't miss the road for a second.

What does it feel like to have your story retold on the stage to millions of people?
It's like living life over … with a 20-minute intermission.

What makes Jersey Boys a man's kind of show?
It hits as hard as the New York Rangers.

What would be your 30-second pitch to convince a boyfriend/husband/brother to go see the show?
If you like to root for the underdog, raise the hair on your arms, and don't mind hiding a tear or two from your lady, then go see Jersey Boys.

What advice would you give boy bands looking for their big break today?
Sing in tune.