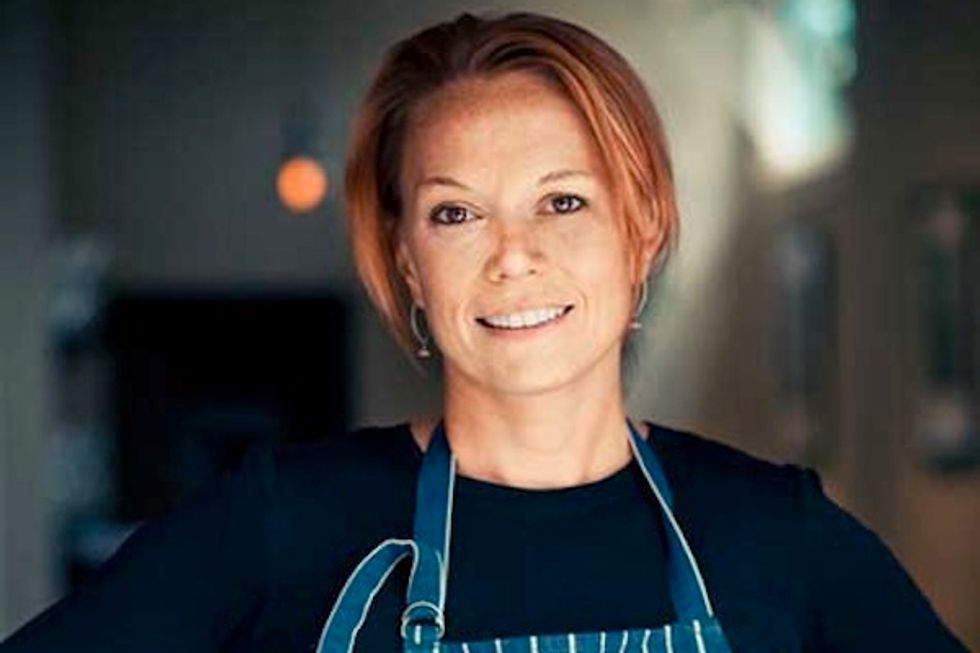 10 Questions for Melissa Perello, Chef-Owner at Frances and Octavia

Melissa Perello, Michelin-starred chef of Frances, is poised to reinvent her quaint neighborhood restaurant concept on a larger scale in Pac Heights. Perello will open the 54-seat Octavia this April in the former Baker & Banker space, where she’ll plate her trademark heartfelt dishes of fresh provisions from local farmers and fisherman, with hearty Josey Baker breads on the side. We asked the noted chef to share with us her thoughts on food trends (good and bad), last meals, junk food, and more.

1. When did you know you wanted to be a chef?

I grew up in New Jersey, but every summer I got shipped off to my grandparents’ home in northern Texas. There wasn’t much for me to do other than swim, sew, and cook with my grandmother Frankie (a.k.a. Frances). I also found myself watching a lot of food programming on PBS. After those experiences, cooking just kind of stuck.

I’m notorious for only drinking white wine, but if I did order a cocktail it would most likely be a margarita. I have yet to find a better margarita than the one at Tommy’s Mexican Restaurant.

Truffles. Don’t get me wrong, I love them, but they’re quite a commitment.

A set of yellow Dru Holland cast iron cookware that belonged to my grandmother.

7. Food trend you’re on board with?

8. What food trend needs to die?

I wouldn’t necessarily say it needs to "die," because that’s kind of harsh — but there’s definitely an over abundance of fermented items on menus these days

10. What would you request for your last meal?

Grilled ribeye and a baked potato loaded with tons of butter, crème fraiche, and chives.