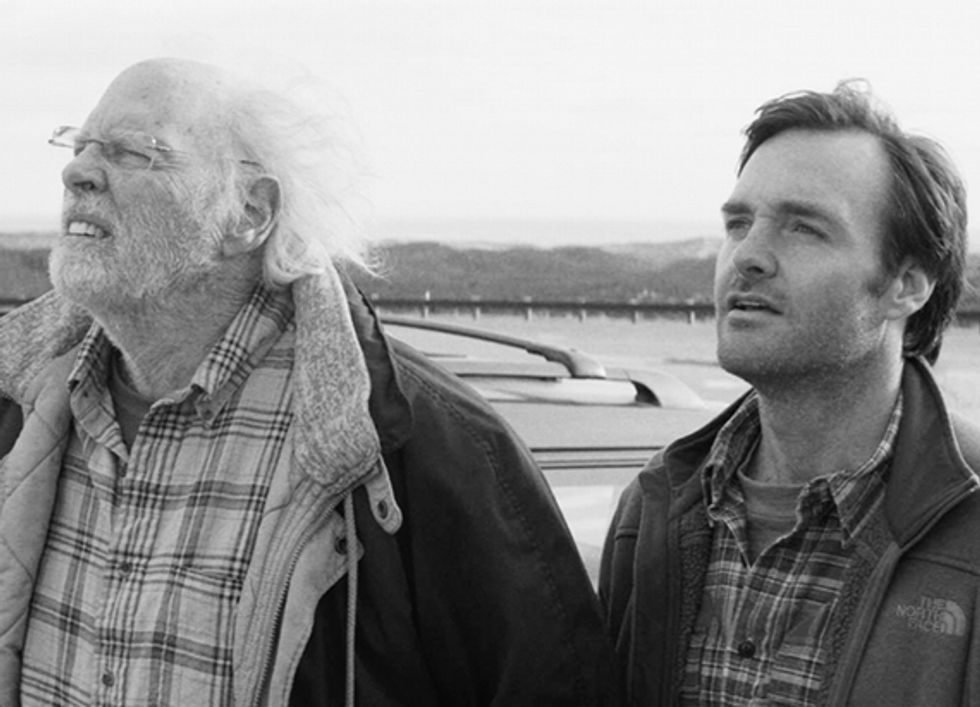 As usual, the lineup for this year's Mill Valley Film Festival is a cinematic feast for Bay Area cinephiles that lasts from October 3 to the 13th. From festival favorites to local up-and-coming filmmakers, the festival has a lot to choose from and if you can watch all films, then you probably manage your time better than me. If you aren't able to binge on all the movies, then here are 12 must-sees.

Nebraska: One of two movies kicking off the festival is Alexander Payne's (of Sideways fame) black and white movie about a father (Bruce Dern) who wins a sweepstakes and goes on a road trip with his son (Will Forte a.k.a. Macgruber) to claim his winnings.

The Book Thief:   The second film to open the festival is based on Markus Zusak's best-selling novel and stars Academy Award winning actor Geoffrey Rush and Academy Award nominee Emily Watson. Set in 1938 Munich, the movie also stars newbie Sophie Nélisse as a nine year old child who gets taken in by Rosa and Hans Hubermann (Watson and Rush). Hans teaches her how to read and then drama ensues. Also, there is war so I am sure you'll shed a tear or two.

Toxic Hot Seat: Co-directors Kirby Walker (a San Franciscan) and James Redford (a Fairfaxian) give us this in-depth and riveting documentary that examines fire safety and toxic flame retardants that will make you look at your furniture in a totally different light.

The Human Experiment: Narrated and produced by San Francisco Bay Area friend Sean Penn, this doc directed by Los Altos residents Dana Nachman and Don Hardy follows a band of activists that are trying to get to the bottom of the chemical industry and how it is affecting normal people like us.

Beside Still Waters: Chris Lowell of Veronica Mars fame takes his first crack at directing with this film people are calling the Big Chill for the Milennial Generation. The movie will follow a group of childhood friends (and one unexpected guest) as they reconnect at a lake house resulting in rekindled romance, scrutinity, and drunken repercussions. Sounds like The Real World but a lot more tolerable.

Matt Shepard is a Friend of Mine: It's been 15 years since the devastating death of Matt Shepard — but it is fresh in our heads. Filmmaker and friend of Matt, Michele Josue, gives us an in-depth look at Matt's life and how his death had a significant impact on not only the gay community, but the world.

Dallas Buyers Club: The MVFF marks the U.S. premiere of this film that has already been causing a buzz. Based on the true story, Matthew McConaughey is already getting high praise for his role as Ron Woodroof, a homophobic playboy that turned into an AIDS activist. Set in 1985, the movie also stars Jared Leto as Rayon, an HIV-positive transexsexual woman that Ron teams up with.

12 Years a Slave: Filmmaker Steve McQueen follows up his sex addiction film, Shame with this true story about Solomon Northrup (Chiwetel Ejiofor), a freed black man that was abducted and sold into slavery. The movie has already been critically acclaimed and the rumor is that it is going to win all Academy Awards next year. ALL OF THEM.

Whoopi Goldberg Presents Moms Mabley: Through a series of archive footage and interviews, Goldberg, the one-time San Francisco resident presents, a documentary that puts the spotlight on Jackie "Moms" Mabley. A pioneer of stand-up comedy, a "Chitlin' Circuit" staple, and a groundbreaking figure in social commentary and political prgressiveness.

August: Osage County: Based on the Pulitzer Prize-winning play by Tracy Letts, August: Osage County tells the tale of a family reunion during a crisis. With Meryl Streep and Julia Roberts in the lead roles and an enriching story of familial dysfunction, it is another Academy Award heavyweight.

The Secret Life of Walter Mitty: The closing night film will also feature a tribute Ben Stiller, who plays the lead in this movie based on James Thurber's story about a regular, ho-hum office worker who escapes the real world through day dreams and fantasies. When his job his threatened, he goes on a real life adventure with his co-worker (Kristen Wiig).

For more information about the films and to purchase tickets, visit www.mvff.com.