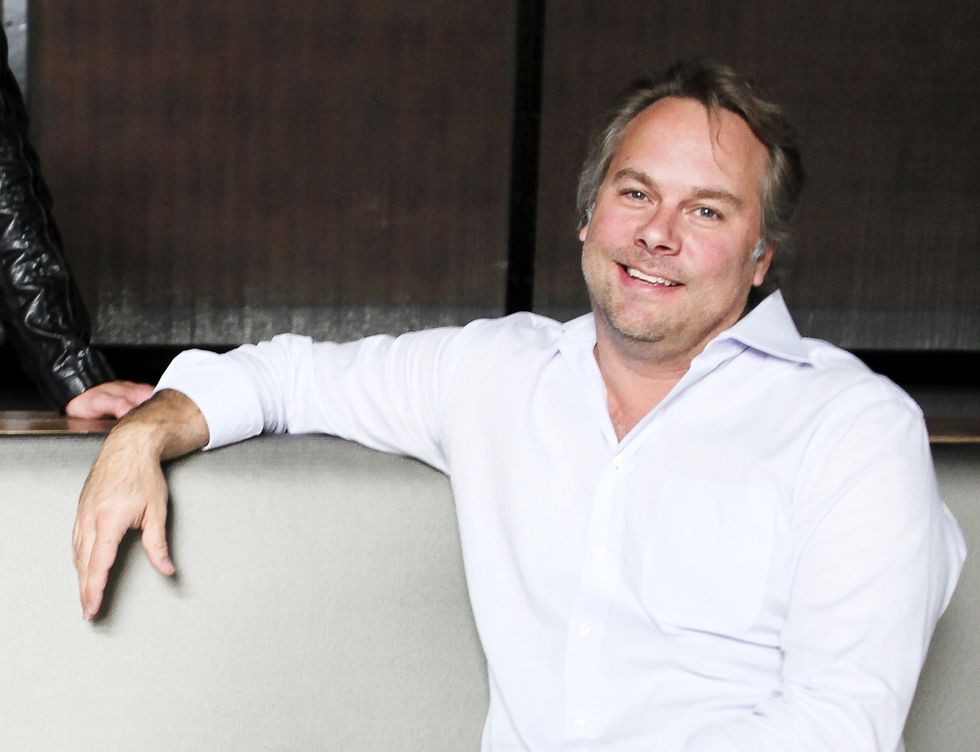 Schooled at the New England Culinary Institute, Lewis’ first foray into restaurateurism was Indigo, which earned nods including a “Best in New Orleans” from Bon Appetit, and a “Best New Chef” from Food & Wine. Not bad. From there, Lewis was lured to Sonoma, banking three stars from Bauer at Popina; then it was on to the Bay Area proper, where he’s spent the past decade working various kitchens, dabbling in Food Network TV, cheffing on the food festival circuit, expanding his inspiration (read: maintaining the eating vacation tradition), keeping critics impressed and the rest of us happily full.

A lot has to do with growing up in New Orleans—it’s a food-centric city; everything you do revolves around food, from the Jazz Festival to Sunday brunch, everything’s that way. And my mom had a fresh garden and would cook. Also, we went to Europe when I was very young and my father liked to eat, so we went to lots of restaurants. It’s really just my upbringing, being around food so much.

Lucky you! You have a guest at home you want to impress. What’s the go-to meal?

I don’t really have a go-to meal; I tend to just go to the weekend farmers market, see what’s fresh, have fun and create from there. I know some people have the roasted chicken or whatever, but I really like cooking in the moment, just asking what they like, then going and seeing what’s fresh, then just playing around in the kitchen.

What’s looking particularly good to you at the market this week?

I didn’t go this week! You caught me off guard!

This time of year though, there’s great citrus, cauliflower, root vegetables are really starting to come in.

Good save. So, if somebody could only eat here once, what should they order?

We call it the Kung Fu Tacos: braised duck legs with different types of chiles and Asian-inspired ingredients like lemongrass, ginger and garlic. Then, the next day, I reduce the braising liquid and add some hoisin, plum sauce, different chiles to spice it up. Then I make green onion pancakes, rolled out real thin, and make tortillas out of them, to order. We serve the duck in a little cast iron pot, with cucumber, jalapeno, jicama. You know, it’s a cocktail bar; we want people to share food over some cocktails, build their own tacos.

Speaking of cocktails, what’s not to be missed?

Well, with Russell Davis running the bar program we really have some great cocktails so it’s kind of subjective, depends on what people like, what they’re in the mood for. People should try all the different drinks! I’m a rye whiskey fan, so that’s what I lean towards.

You are from the land of the Sazerac. What’s your favorite dining experience in the Bay Area, other than Bergerac?

Manresa in Los Gatos. I think David Kinch does an incredible job; it’s always interesting, going there a couple times a year, it’s exciting to see how he grows; his influences and what he’s doing are always changing. That’s definitely one of my favorites.

What’s the most outrageous thing that’s gone down here?

Well, a couple weeks before we opened, my laptop got stolen from the restaurant and so did all the recipes I was working on and all the operating systems and whatnot, so it made opening a little more interesting than I wish it was, but you know, we pulled through and are happy to be open.

So you kill Russell and are on death row. Final meal?

My favorite thing is sushi, so maybe some sushi and champagne. I’d probably be pretty happy.

Probably salt. Is that an ingredient?

It is to me! Unless there’s something else you’re equally passionate about and want to mention?

No, I think salt makes everything taste better.

Would I get in trouble if I don’t say San Francisco? No, it’s a great food city. But it’s hard to say just one because I think it’s great what’s going on in the world right now with food, people really going back to their roots and traditions. I love New York and if I had just a couple days to get away real quick, I’d probably shoot off to New York. Or Chicago.

They can be quite convenient.

You know, having a couple cocktails every once in a while, then going through the drive-thru on the way back to work.

Breakfast of champions. So finally: Bacon. Awesome or overrated?

I think it’s awesome! It can be overused but I definitely enjoy it. So, awesome.