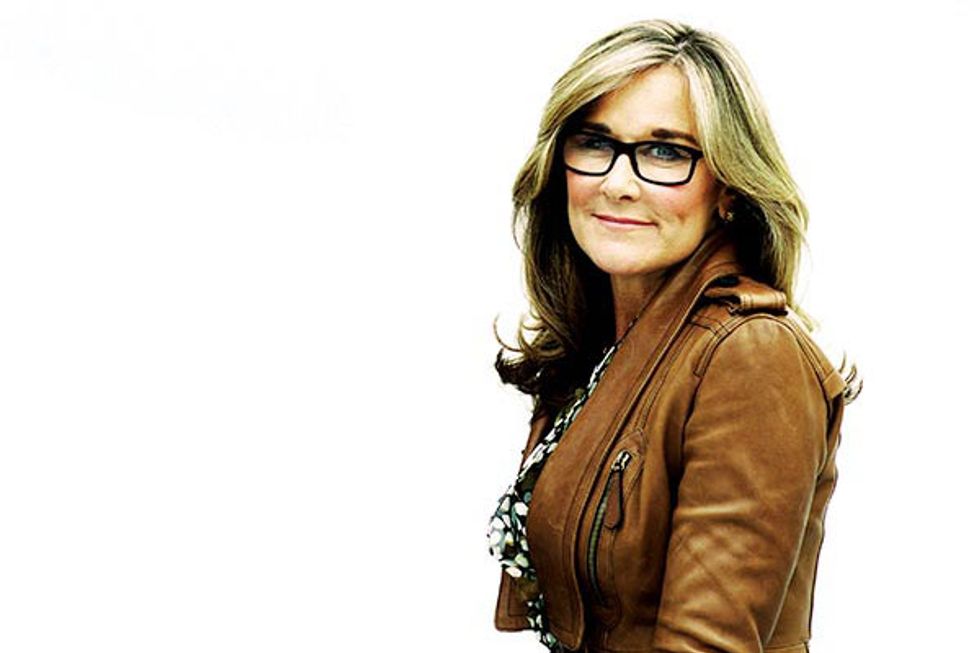 When Angela Ahrendts became Chief Executive Officer of Burberry in 2006, she ditched the luxury brand’s ubiquitous plaid—once a highly coveted textile, it was suffering from overexposure and losses overseas due to counterfeiting. During her eight-year tenure, in the company’s biggest turnaround ever, she tripled Burberry’s value. She became Britain’s highest paid CEO, and she was awarded the title of Dame Commander of the Most Excellent Order of the British Empire. Pretty impressive for someone from an Indiana town, population 725. In May, Ahrendts stepped in to fill an executive position at Apple that had been vacant for almost two years, and she’s expected to exhibit the same business savvy there, revitalizing Apple’s retail businesses, both online and in brick-and-mortar stores, and expanding the company’s footprint in Asia, where there are currently more Burberry stores than Apple stores. She’s a refreshing dose of girl power, proving that high fashion can do high tech.