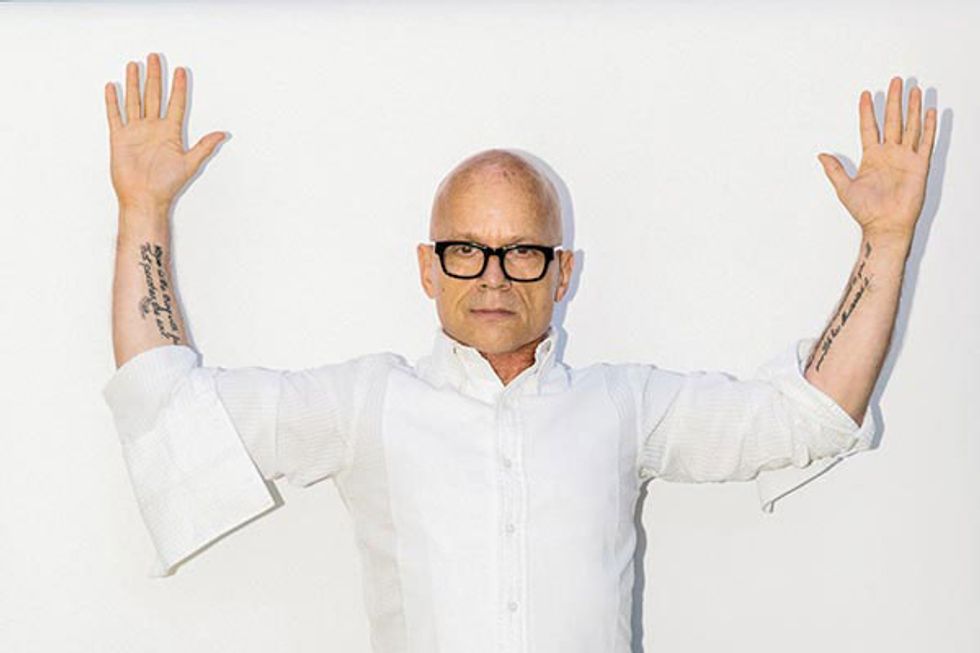 “Fuck the Golden Gate Bridge, fuck how beautiful the Bay looks on a clear day,” says author and editor Kevin Sessums. “Hunter Pence straddling the batter’s box—that is the best sight in all of San Francisco.” This is what makes Sessums so captivating: his unbridled and fearless point of view. It also doesn’t hurt that he’s editor in chief of the slick new glossy FourTwoNine, a high-style publication that goes above and beyond its LGBT label.

“I don’t look at it as a gay publication: It just happens to be gay, like me,” says Sessums. “My concept with FourTwoNine is that it’s the love child of Interview and the New Yorker.”

Once a fixture in New York and Hollywood, with friends who included Courtney Love and Sarah Jessica Parker (the latter, along with Bravo’s Andy Cohen, graced the cover of FourTwoNine’s premier issue), Sessums made his way to the Bay Area after a stellar career as a celebrity interviewer at Vanity Fair, and before that as executive editor at Interview. A few years after the publishing industry took a hit—and after addiction took over his life—Sessums had to retool. After getting clean, he pored over Mediabistro looking for work and found himself SF-bound, becoming an actual resisdent (as an actor, he portrayed the fictional Peter Cipriani in the television miniseries of Armistead Maupin’s Tales of the City).

Telegraph Hill is home for now. (“It’s so secluded up here but also so gorgeous,” he says.) And he points to Hayes Valley’s Arlequin (“Perfect before the ballet or symphony”), Brenda’s French Soul Food on Polk Street, and Financial District staple Tadich Grill as his favorite spots around town. When asked what he thinks about the city’s society set and technorati, he confesses, “Hmm, I don’t really think about them.”

Regarding the city itself, Sessums says, “Sometimes I find it too beautiful. The people here are too beautiful. It rests on the laurels of its beauty. In fact, the city is so fucking beautiful that some people don’t focus enough on conversation skills. It can be a lonely town.” But after only a year and a half living in Baghdad by the Bay, he says SF has “made me realize that I have a heart to leave here.”

Sessums’ new memoir, I Left It on the Mountain (a sequel to his New York Times best seller, Mississippi Sissy) will be released by St. Martin’s Press in 2015.