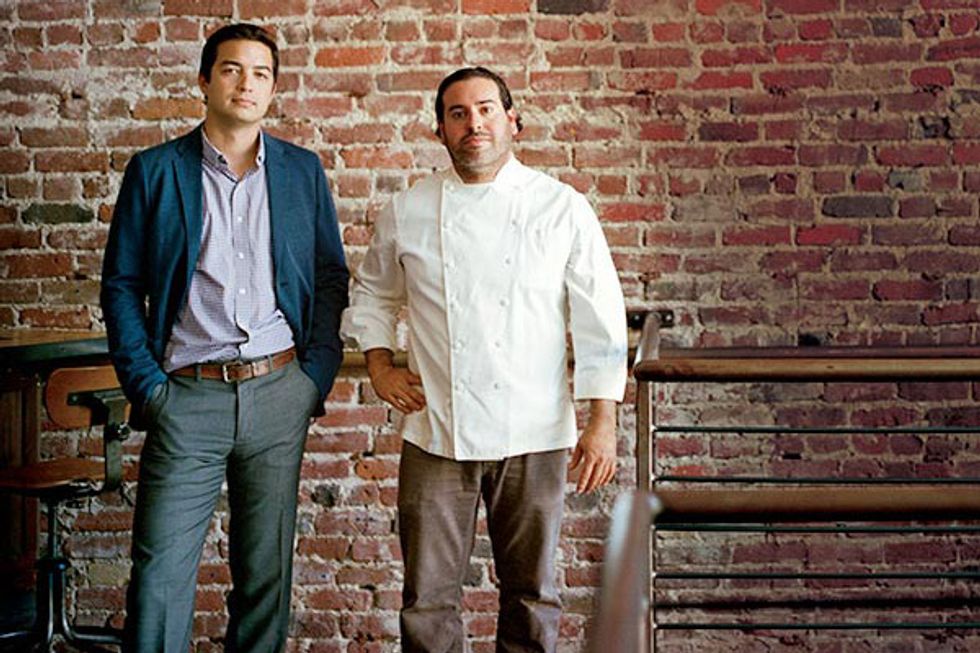 The city first met Mark Liberman and Matt Semmelhack back in 2011, when the pair posted a video to Kickstarter, hoping to raise funds for an aspirational restaurant project on a terrifying stretch of Mission Street. The decision to take on a gritty locale? “That was literally in the business plan,” says Semmelhack.

In the three years since, the restaurant AQ has garnered accolades from the likes of the James Beard Association, Bon Appétit, and the New York Times. Sister restaurant TBD opened to fanfare just a storefront away. And the Mercer Restaurant Group now verges on empire, with a further transformation of Market Street coming by year’s end in the form of Bon Marché, an all-day brasserie opening on the ground floor of the Twitter building.

Ticking off another box on the ultimate business plan, Liberman and Semmelhack are also taking their game to Cloverdale (Semmelhack calls it the next Healdsburg) with the debut of The Trading Post Market and Bakery. Inspired by rustic Sonoma and its produce, the 4,000-square-foot multifunctional space will hold a creamery, brinery, charcuterie, market, and bakery. Opening in December, the establishment will be run by Della Fattoria alum Charlie Morse.

Next, the team plans to develop nearby Long View Ranch into a destination for chefs, high-end food events, and education, with the hopes of putting this small town on the culinary map. “In Cloverdale, one good project could change the face of the town,” says Semmelhack. They have two in the works.

SB: Who would you nominate for the Hot 20?

MS: Craig Young, Tidewater Capital. He is developing buildings in Mid Market with innovative concepts and an unconventional philosophy towards community building, which is very exciting.

ML: Eric Winkler. He produces amazing Mangalitsa pigs locally. While his hogs are rather expensive, the fat to meat ratio doesn't compare to any other animal I have tasted locally. He is also in the process of raising chickens & rabbits.”