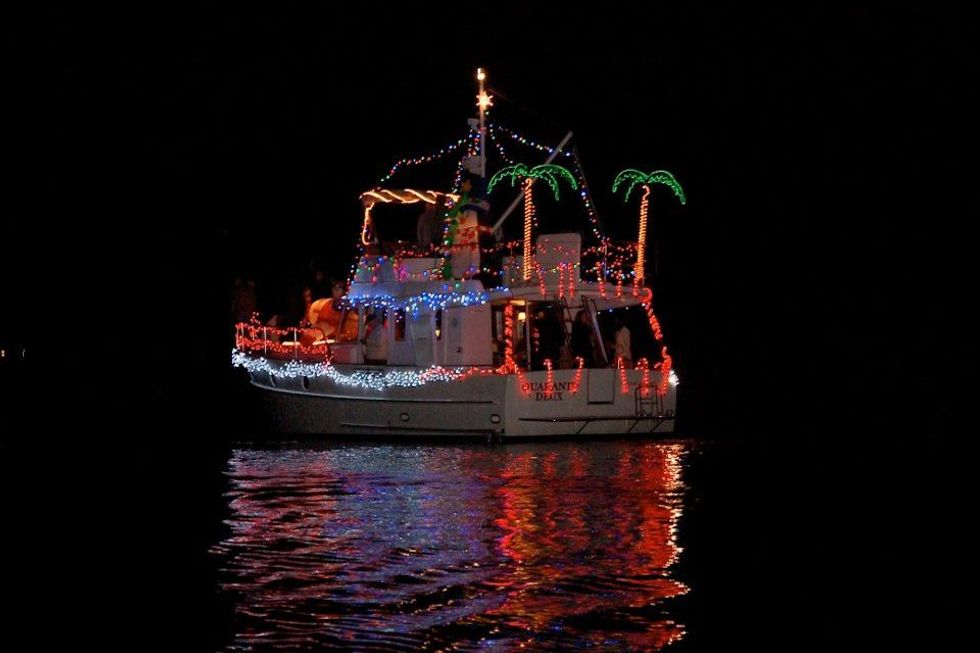 The holiday season means snow and sleigh rides in some parts of the country. But here in the Bay Area, it’s time to head to the water and make merry while watching a lighted boat parade sail by. Here are five to check out this weekend:

One of the biggest boat parades in the Bay Area, this event has been thrilling spectators since 1994. A flotilla of 60 sparkling vessels will depart from Pier 39, cruise west along the waterfront, and turn around at Crissy Field. Warm up with a cup of chowder and mingle with the crowds at Fisherman’s Wharf or pack a picnic and stake out a more tranquil viewing spot at Crissy Field.

These boats don’t actually go anywhere, but you’ll find plenty to see and do if you go to the Pillar Point Harbor Lighted Boat Festival. The event kicks off when Santa sails into the harbor. Later, stroll the decked out docks, check out the decorated boats, have dinner at a waterfront restaurant, and listen to live music.

Head inland to historic downtown Petaluma to see a small string of gussied up yachts and kayaks glide on the river. The parade leaves the Petaluma Marina at dusk and ends in the Petaluma River Turning Basin—steps away from shops and restaurants—around 6:30. The boats anchor in the harbor behind the Great Petaluma Mill where you can view them all evening.

This popular parade is the third largest in the country and visible all along the San Rafael Canal. More than 60 boats will ply the canal as they head for the Marin Yacht Club and on to the San Rafael Yacht Club. To the delight of spectators, participants in this parade aren’t shy about going overboard with their decorations.

A procession of more than 50 dazzling boats is only the beginning of the fun at this holiday extravaganza. The parade begins at 6pm at the foot of Harbor Drive just north of the Bay Model Visitor Center and meanders south. After the boats light up the water, stick around to watch fireworks light up the sky at 7:30. And if you want to keep the party going, $20 gets you into a tent featuring food, drink and live music until 11pm.