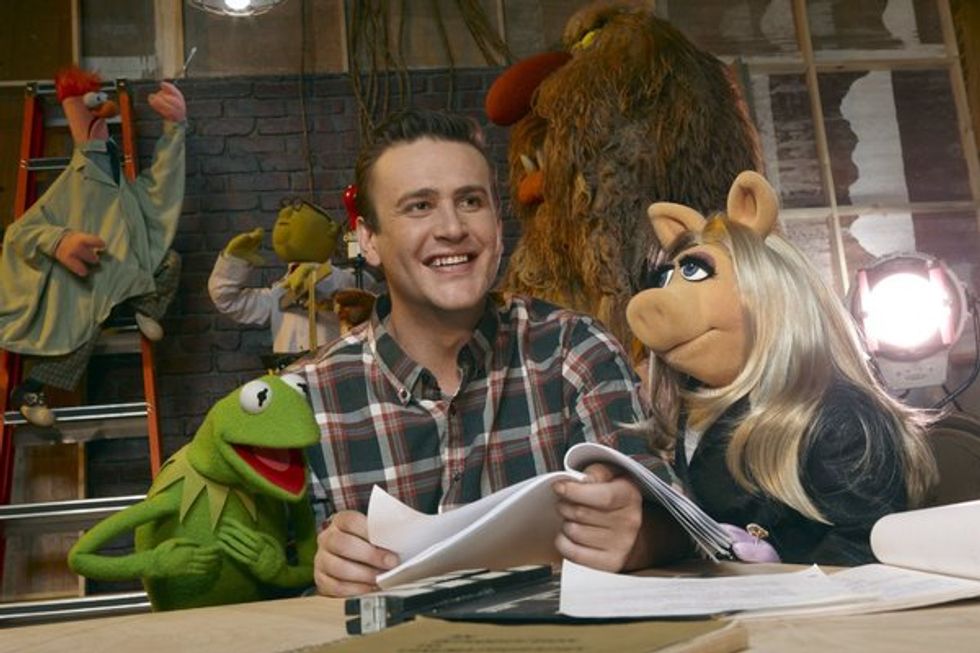 She’s a classic diva, self-obsessed and desperate for attention. She’s famously voluptuous. And her first marriage lost its luster not long after the honeymoon, if even there was one.

We’re not talking about some basic-cable reality queen. We speak, of course, of Miss Piggy, the blonde, blue-eyed star of Jim Henson’s The Muppet Show who ranked 23rd on TV Guide’s 1996 list of the 50 greatest television stars ever – right behind Edward R. Murrow.

It’s the kind of snub that would normally provoke the hot-tempered swine to turn up her snout – she wanted the top spot – except that Piggy has been largely MIA since 2005, when the Muppets briefly reunited for the made-for-TV Muppets’ Wizard of Oz. But her luck is about to change.

Today, she and on-again, off-again beau Kermit the Frog, along with an all-star cast of furry friends including Fozzie Bear, Gonzo and Animal, return in The Muppets, their first big-screen foray since 1999’s Muppets in Space. The movie, also featuring Jason Segel (Forgetting Sarah Marshall) and three-time Oscar nominee Amy Adams, explains the gang’s absence (creative differences) and cautiously plants the seeds for future adventures.

Is Piggy, so long absent from the spotlight, ready to rekindle her long-dormant romance with American moviegoers? Absolutely. “People instantly fall in love with me when they see me,” she says, her trademark lack of humility stubbornly intact. “I just want to apologize to all the women who have lost their husbands and boyfriends because they’ve fallen in love with moi.”

Though Piggy, still bitter from her last split with Kermie, initially resisted the latest reunion, Segel (who credits the Muppets with inspiring his own comedy career, and who co-wrote the new movie with Marshall director Nicholas Stoller) proved tireless in his efforts to lure her back to the fold.

“It’s been 12 years since the Muppets were last on the big screen, and I wanted to acknowledge that this movie was bringing them back to the forefront of comedy where they belong,” says Segel, 31. “They should have been making movies this whole time – movies with song-and-dance numbers like the old MGM-style musicals.

“As for Piggy’s part, she wanted it bigger. And she wanted a very strange credit sequence where we would all be introduced and then it would say 'And Miss Piggy' but then that would just stay on [the screen] throughout the entire movie.”

While Segel's overtures left Piggy intrigued but unconvinced, it was her estranged (but amiable, and still very green) amphibian hubby who coaxed her onto the set.

“I’m always thrilled to perform with Miss Piggy,” Kermit says, with the finesse of a seasoned diplomat. “I think it’s wonderful to be together again, and that’s all I’m going to say at this time.”

“I hadn’t seen Kermit in such a long time,” Piggy adds. “I just want to say how much I love him. I’ve been so busy on the road promoting this movie. I didn’t demand any rewrites – I want to go on record with that – but that’s probably because I didn’t read the script. I just showed up at the set, and I think [that] turned out well enough.”

The Muppets is now playing at the AMC Metreon, the Regal Jack London in Oakland, and the Emery Bay Stadium in Emeryville. For tickets and showtimes, click here.