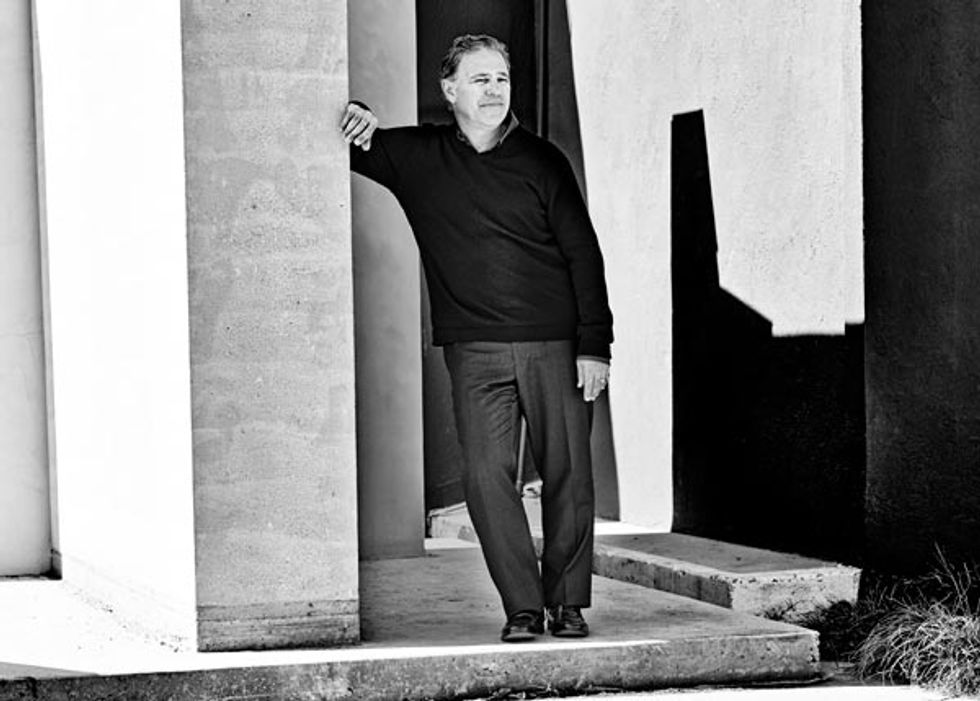 How San Francisco, a town known for its ornate Victorians and neoclassical Beaux Arts architecture, fits into California’s modernist landscape is a question that Leo Marmol, managing principal of Los Angeles architecture studio Marmol Radziner, has been pondering lately. In February, his award-winning firm opened its first satellite office in SoMa—a homecoming of sorts for Marmol, a Marin native who, in the 1980s, “fled” to San Luis Obispo to study architecture, beguiled by its closer proximity to the modernist scene in LA. Marmol established Marmol Radziner in 1989 with architect Ron Radziner, whom he met in SLO. The firm, which practically invented chic prefab dwellings (think floor-to-ceiling glass lairs, unpretentious materials, and quiet silhouettes), has been racking up the accolades ever since: It’s a regular on Architectural Digest’s prestigious AD100 list; the American Institute of Architects has taken a shine to their work (the renovation of the iconic Kaufmann House in Palm Springs, in particular); and in 2009, Interior Design magazine inducted Marmol and Radziner into its hall of fame.

Now he's making a statement in the Bay Area, with the design for West Hollywood spectacle sensation Oliver Peoples' new 850-square-foot space on Maiden Lane. The store draws inspiration from objects found on the shore—a wood-slab display table is reminiscent of beached logs, and a woven-wood wall evokes a ship’s hull. Check out the label’s pastel-perfect Summer 2014 collab with Isabel Marant, or test drive new shades from West, a line inspired by weekends at the beach. But if you want to see the world through Leo Marmol’s eyes, try the Evasons (pictured)—his rims of choice.

Marmol could have been just another wildly successful LA story if it weren’t for his Bay Area roots. “If you look at Los Angeles and San Francisco with the same lens, you have to make a choice. But if you pick a different lens to view each unique culture and landscape, then both cities can be beautiful,” says Marmol. “This way, you can have the best of both worlds, and that’s more commonly known as nirvana.”