San Francisco's most formidable skyscraper-in-the-making may really be a work of art.

The 1,070-foot-tall construction site on 415 Mission Street will finally open its environmentally conscious doors in 2018. And while much has been made of its enormity, Salesforce Tower's crowning achievement may actually be the groundbreaking work of art that could illuminate its top.

The San Francisco Planning Commission reviewed a proposal Thursday by revered SF artist Jim Campbell, whose wildly imaginative LED masterpieces have shined in cities over the globe, to install an estimated 11,000 individual LED lights on the top nine floors of the skyscraper, where, each night, they would dance together in ballet-like synchronicity to create a bevy of unique images. In his proposal to the city, Campbell writes:

Never having been done before in the context of architecture, the LEDs will be mounted onto the outside of the building facing inward [...].

This process of reflecting the light off of the surface, as I have done in previous studio work, creates a soft and continuous image instead of a harsh direct image like a Times Square video screen. [...]

Characteristic of this artwork is that it is not a destination. One cannot get close to it. It has an ambient presence that is always in the background with the skyline.

While plans for the installation may be public news, the SF Arts Commission and local art world insiders have been in on the secret for a couple of years:

For a hint at what this sure-to-be-astonishing artwork would look like, take a trip back through some of Campbell's recent works: 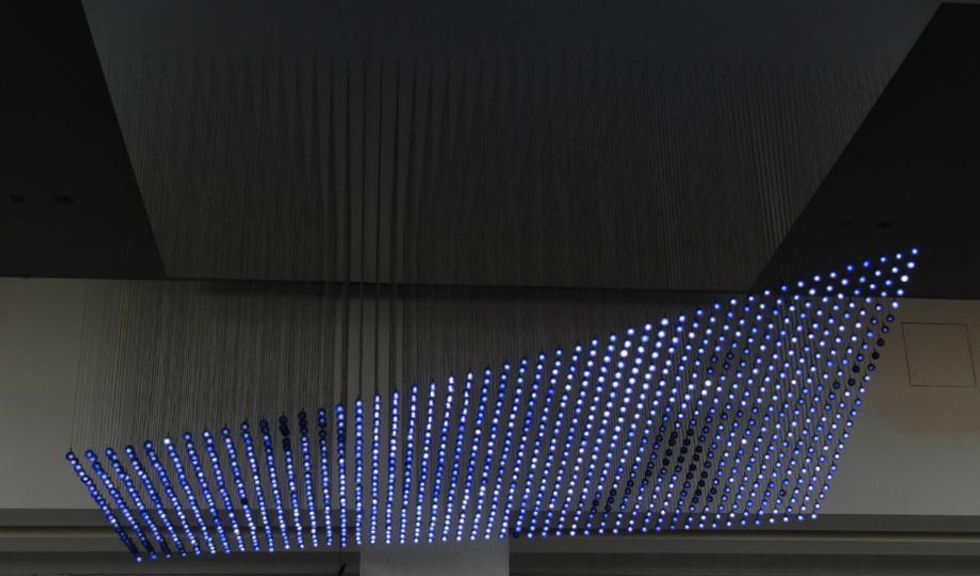 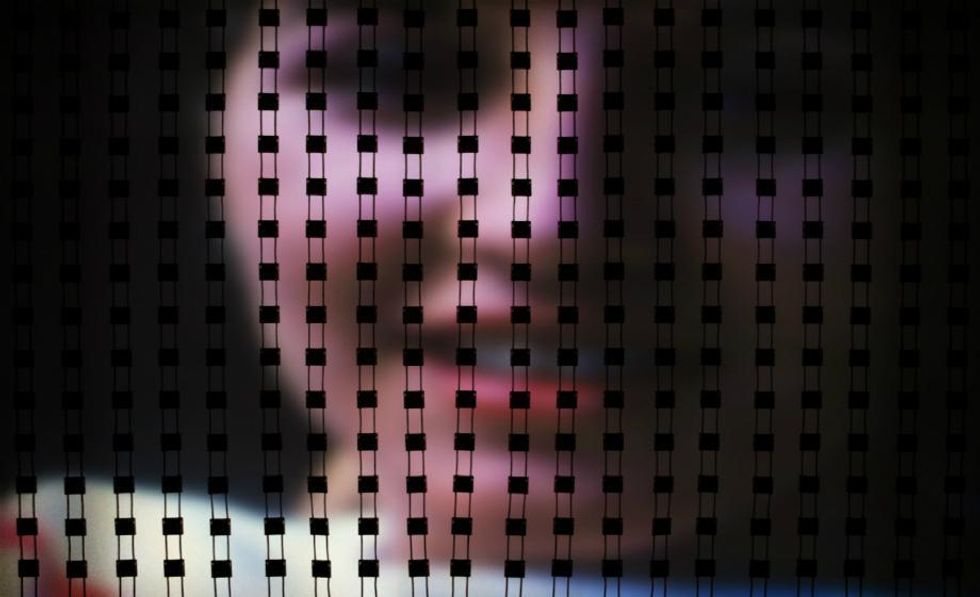 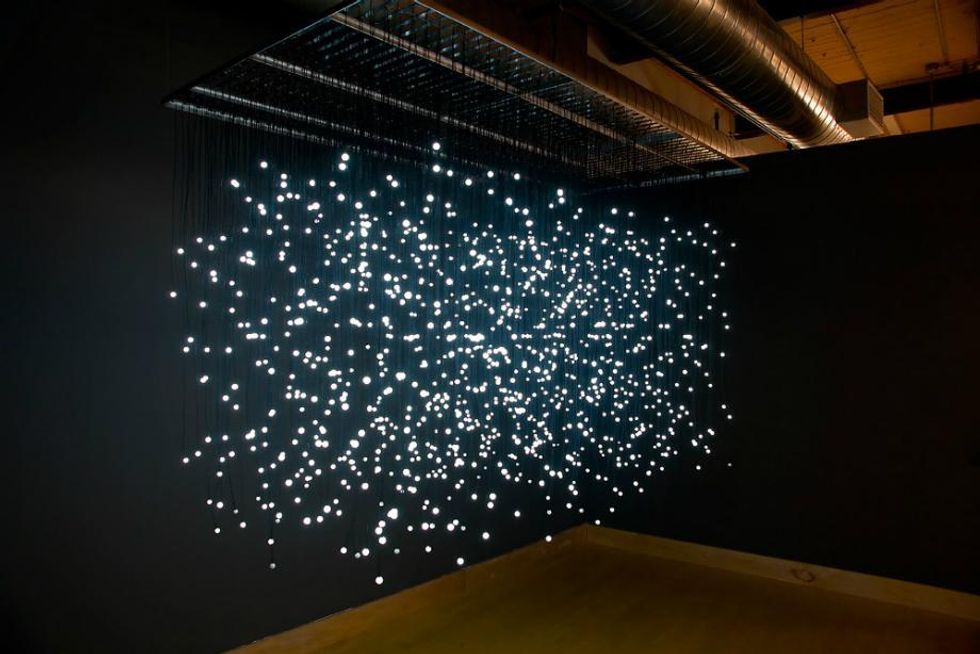 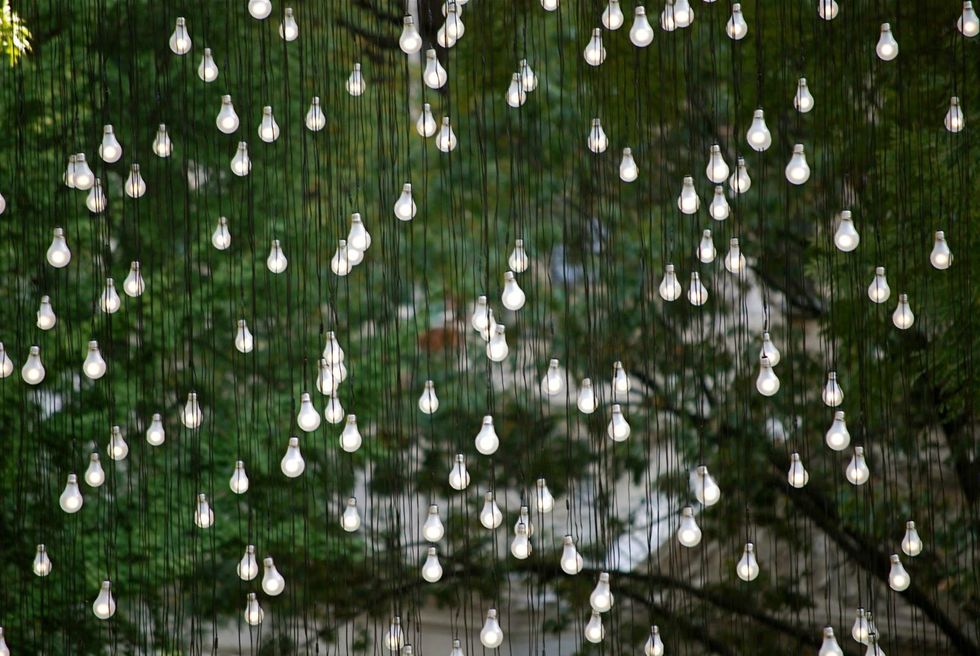 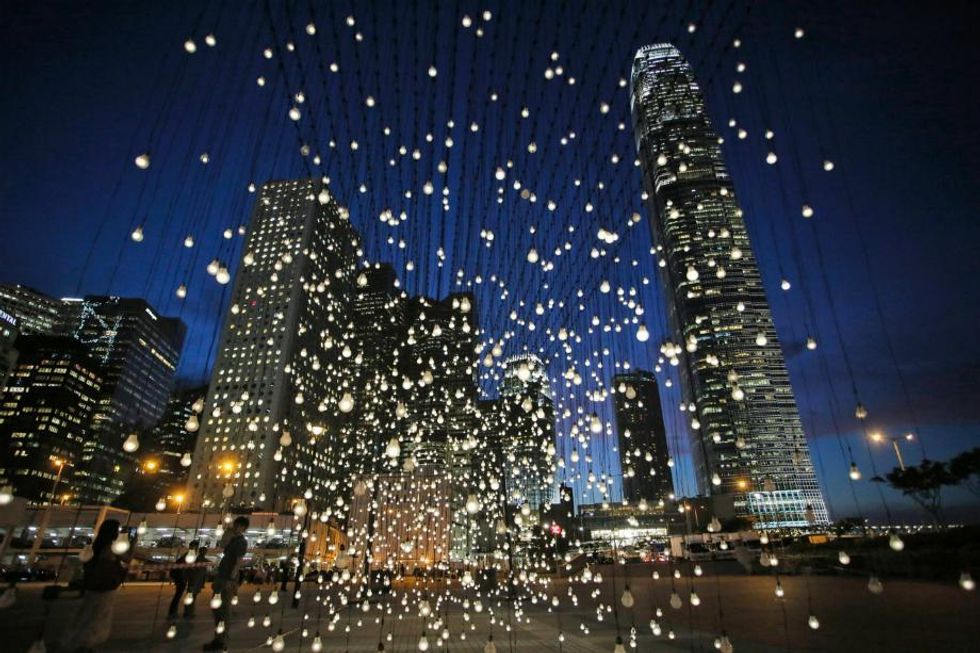 Watch Campbell introduce his "Exploded Views" installation, which showed at SFMOMA in 2011: