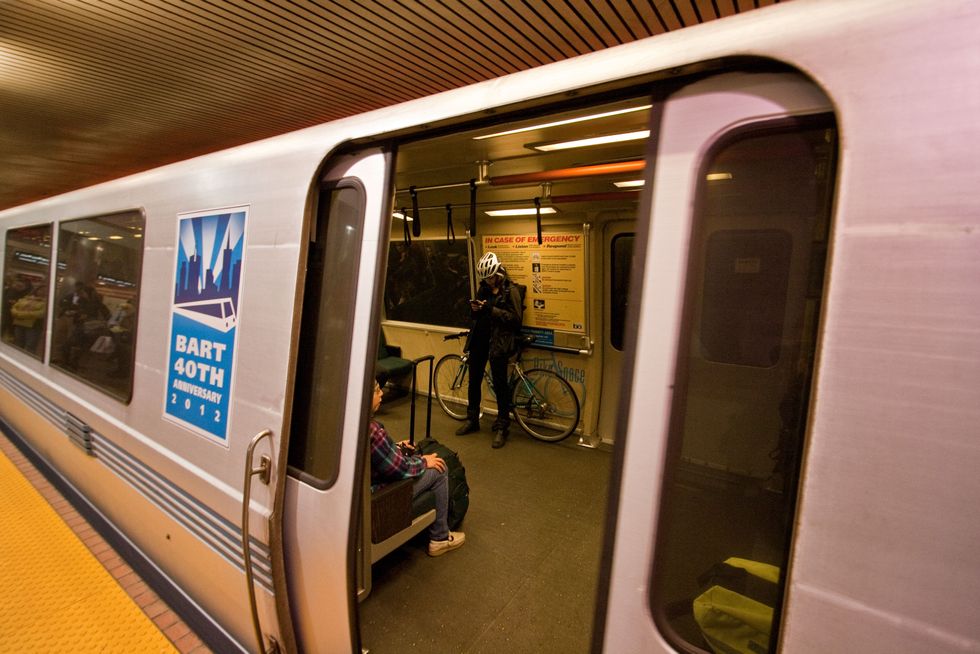 Last night, BART Directors voted to remove the rush-hour bike ban for a full five-month trial, ushering in all day access for bikes and sending bike riders on both sides of the Bay into fits of glee.

From July 1-December 1, bikes will be allowed on board at all times — even during the usually restricted commute hours. That’s right, all day, any time. For Bay Area bike riders, this is perhaps the biggest news since, well, since bikes were first allowed on BART in 1973.

“Today’s BART decision is a momentous occasion. For years people on both sides of the Bay have had to contort their lives simply because they needed to take a bike on BART but couldn’t during commute times,” said Leah Shahum, Executive Director of the San Francisco Bicycle Coalition.

If you’re one of those cross-Bay commuters, you know how impactful the bike blackout period is. It means adding hours to your commute, or taking a series of busses and BART, or choosing to forgo public transit all together and driving.

Hundreds of people sent in letters of support for lifting the ban, At last night’s epic, five hour Board meeting, many people testified that lifting the bike blackout would make a safer commute, because they wouldn’t have to walk to or from BART in the dark.

Last night’s decision comes after two successful pilots to remove the bike blackout. Results from the most recent pilot, in March, showed that 77% of BART riders surveyed wanted to see the bike restriction lifted.

While the bike blackout is lifted, other rules are still in place. Bikes will not be allowed on crowded trains, the first three cars, or escalators. At the end of the five-month trial, BART will reassess and make sure that everything went smooth enough for lifting the bike blackout for good. Hey, if New York can do it, we can do it.