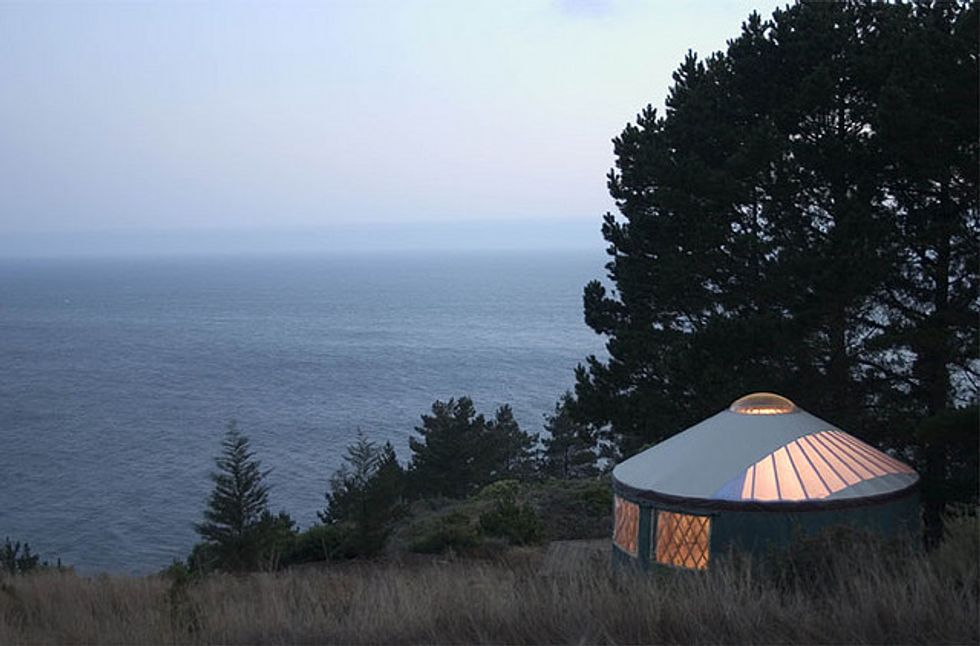 Post Ranch Inn.This may be the one place on this list you’re already familiar with, as Post Ranch Inn is considered one of the top accommodations in California, with its luxurious suites that overlook Big Sur and the Pacific Ocean. Among the accommodations at Post Ranch Inn are a set of tree house suites that sit on stilts above the forest floor. A stairway leads up to each suite, which is outfitted with more then your little tree house as a kid probably was, including a king bed, sitting area, windows looking out over the forest, and fireplace.

Treebones Resort. Yurts aren’t something you’re probably accustomed to seeing in the U.S., yet that’s what you’ll find scattered throughout Treebones Resort. To the onlooker, yurts are nothing more then a glorified tent. Not your typical tent-camping experience, Treebones Resort’s yurts are an upgrade, featuring a queen bed, comfortable seating area, heat, electric lighting, and French doors that open up to Big Sur and views of the Pacific Ocean. You don’t even have to bring your own toilet paper.

Bear Basin Butte Fire Lookout. While some of the accommodations listed here have the luxury traveler in mind, Bear Basin Butte Fire Lookout does not, as this is more for the rustic traveler. While fire lookouts may not have the same importance now as they did decades ago, some of them have now been turned into accommodations, such as this one in Six Rivers National Forest in the northwestern corner of California. While guests are greeted with beautiful views overlooking the forest, they’ll have to do so without the comforts of water and electricity.

Wigwam Motel. The Wigwam Motel is somewhat of a road trip icon, with its location on Route 66 in Southern California. Its history dates back to the mid-1900s when motels like this were popping up around the U.S. Individual teepee cabins are situated around the property, resembling the wigwams of Native American history. Once inside, guests will find accommodations similar to that of most hotel rooms.