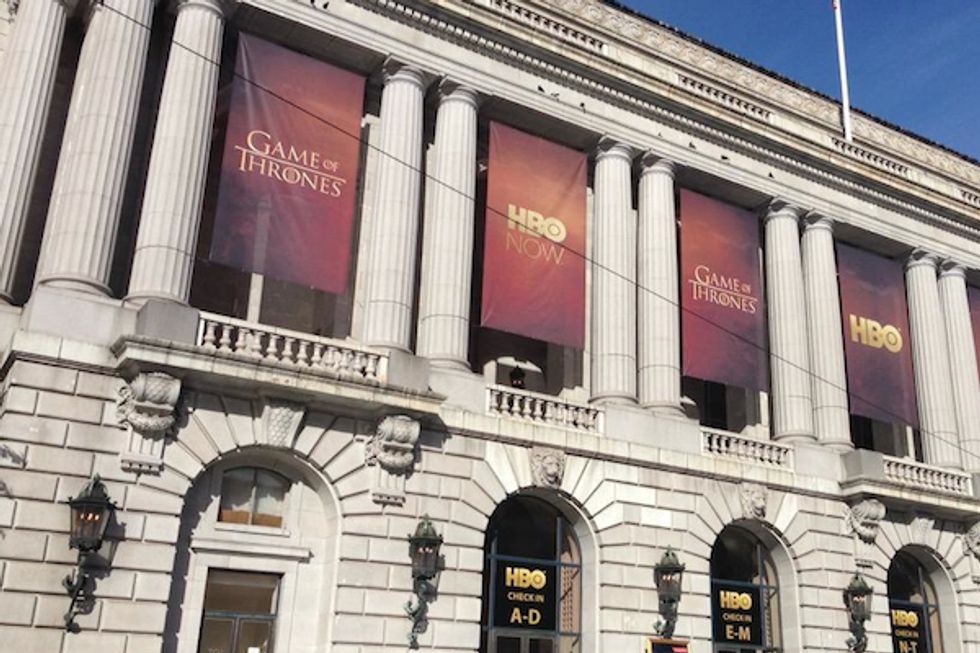 Although the official premiere of HBO's wildly popular Games of Thrones happens on April 12, tonight San Francisco gets an early peek. The season 5 premiere party will happen tonight in SF, with the hopes of wooing our city's tech ilk and geek populace. Smart move, Home Box Office. Fans of the show should head over to the War Memorial Opera House at once to see producers and stars of the fantasy drama IRL. Emilia Clarke, Peter Dinklage — they'll all be there.

Don't worry if you can't make it to event; the entire thing will be streamed live via Facebook from 6 to 7 p.m.

After the screening and Q&A, folks will head across the street to City Hall for a party to kick off Season 5. Expect fanboys and fangirls to arrive en masse dressed as their favorite characters, celebrating all things GoT.  Because winter is, you know, coming.