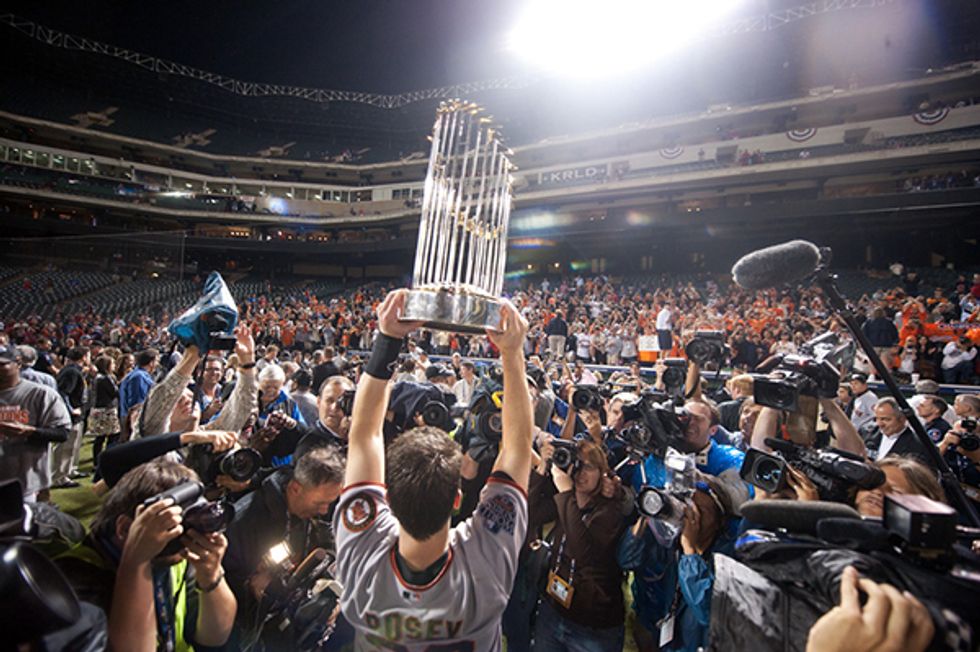 After a remarkable victory at last year's World Series, los Gigantes are back again with a national tour featuring the 2014, 2012, and 2010 trophies. Take some time to embrace your inner fangirl and snap a photo with the trophies (only one selfie per person). The last day of the tour will be opening day at AT&T Park on April 13, 2015.

Catch Posey and the rest of the guys are the stops below, or see the full schedule here.