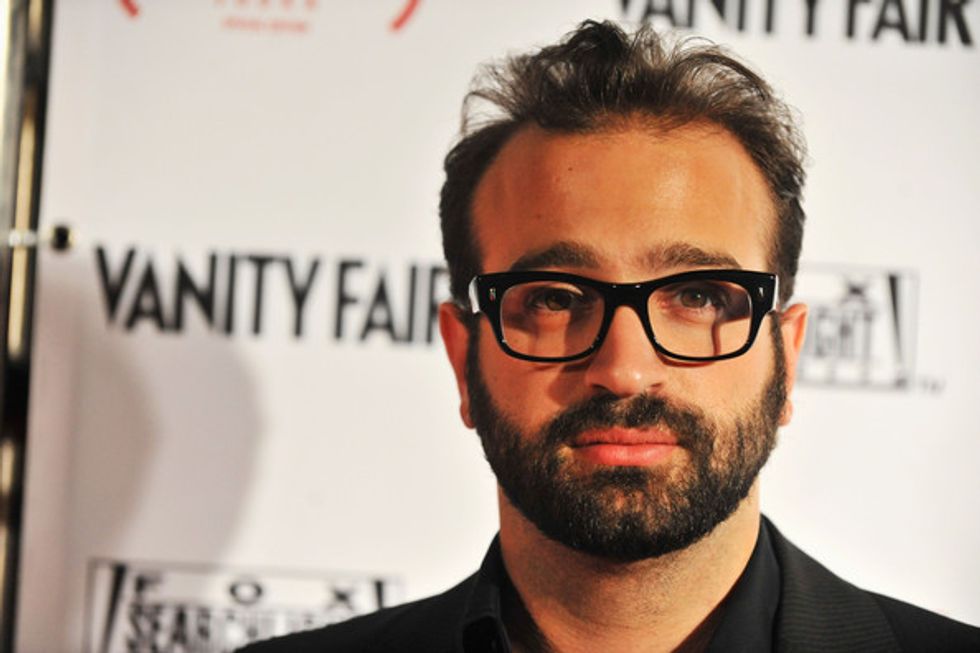 A slick blend of art and genre cinema with a distinctly European feel, Simon Killer caught my attention when I first saw it last year at AFI Fest, after which I named it one of my most anticipated releases of the year. In the intervening time between then and its release this weekend, Killer has had a rough go of it. Nationally, over at Bullet magazine, columnist Fiona Duncan confounded the film with its subject, arguing for the wholesale “castration” of Simon Killer, and locally it hasn’t fared much better—in SF Weekly, Jonathan Keifer was curt, accusing it of “posing” and elevating style over substance.

Despite the mixed reception, I found my second viewing just as thrilling as my first--Simon is incisive, entertaining and stylishly composed. I had an opportunity to sit down with its director, Antonio Campos, when he visited for SF Indiefest earlier in the year and I’ve pulled out a few spoiler-free bits from our conversation, which is published in full here, below the trailer.

On making a “European” film with American talent:

AC: I definitely didn’t say, “Oh we have to shoot a film outside of the US.” It was more like it just happened naturally. It was kind of inevitable, I felt a lot of support coming out of Paris, and it just made sense. There is sort of a blatant European quality in my movies I guess, which is strange because I was born and raised in America, and because I have more Latin in me than European. My father is Brazilian, and I was raised in a very Brazilian home—my parents spoke Portuguese. But there’s something about European cinema that spoke to me—you can’t control what speaks to you. I also watched a lot of Hollywood films and there’s always this sort of struggle in my films where I’m riding between those kinds of cinema, and I’m a little tired of what’s considered the European “art house” aesthetic. Simon is kind of a reaction to that, in a sense that it does deviate from certain tropes of that genre or whatever you want to call it. It’s a bit punk-ish about certain things like music, and performance on camera, and even the title is a little aggressive.

On working with filmmaker/actress Mati Diop:

AC: We were looking at all types of women, from all different places. We had looked at a lot of Romanian actresses actually. We looked at this one girl who had done porn at one point in her life, then sort of mainstreamed—she’d done one action movie. She was this character, she showed up dressed for the role and we had a meeting. She showed up to this cafe dressed like a prostitute, and we had such an entertaining, bizarre meeting. But it wasn’t right—she wasn’t the right age, just wasn’t the right vibe. Then we met Mati, and Mati was incredibly strong.

On working without a script:

AC: There wasn’t a script. There eventually was a script. Not for every scene, but for the key scenes, I felt like I had to script it. The sex scenes were very choreographed. We knew, beat by beat, what was going to happen. The words for some of the sex scenes we would find during the day. Like the scenes with Simon, the one where Simon can’t find a pin and all he can say is, “Mom.” When I told him about it, Brady said, “That’s not scene.” And I said, let’s block off a day so we can shoot this scene. The day comes and Brady says, “Okay, where are the pages?” and I say, “They’re in this notebook,” and it says, ‘All he can say is mom.’ [AClaughs] And we said, “Let’s just sit in a room,” and we all sat in a room, me, Brady, Dutch my AD [Tomas Deckaj], and the photographer [Joe Anderson], we sat in a room and we started throwing ideas around. Eventually what started off as just an idea was a full scene. I think that if you get enough smart people in the room, there’s nothing to really worry about.

On clearing the rights for LCD Soundsystem’s “Dance Yourself Clean”:

AC: We spent a year and Josh [the film’s producer] finally figured out exactly how to get us in front of James Murphy. We just couldn’t get it done by any other route. You have to get in front of him, and once we did he was like, “You know what? Sounds good. You got me on the right day, because I’m trying to get music for my film and it’s a nightmare, and you know, we’ll make it work.” But it took a year to get there and at the time I thought, “I don’t have a home, I’m sleeping on a couch and this is all I have, please!” So we pleaded and he was very, very nice about it. But yeah, that’s a weird track—it’s just slightly off from what it was, so it feels out of the moment, and in the moment… I don’t know. It is such a specific kind of dance track, it’s not like any other. It’s ten minutes long.