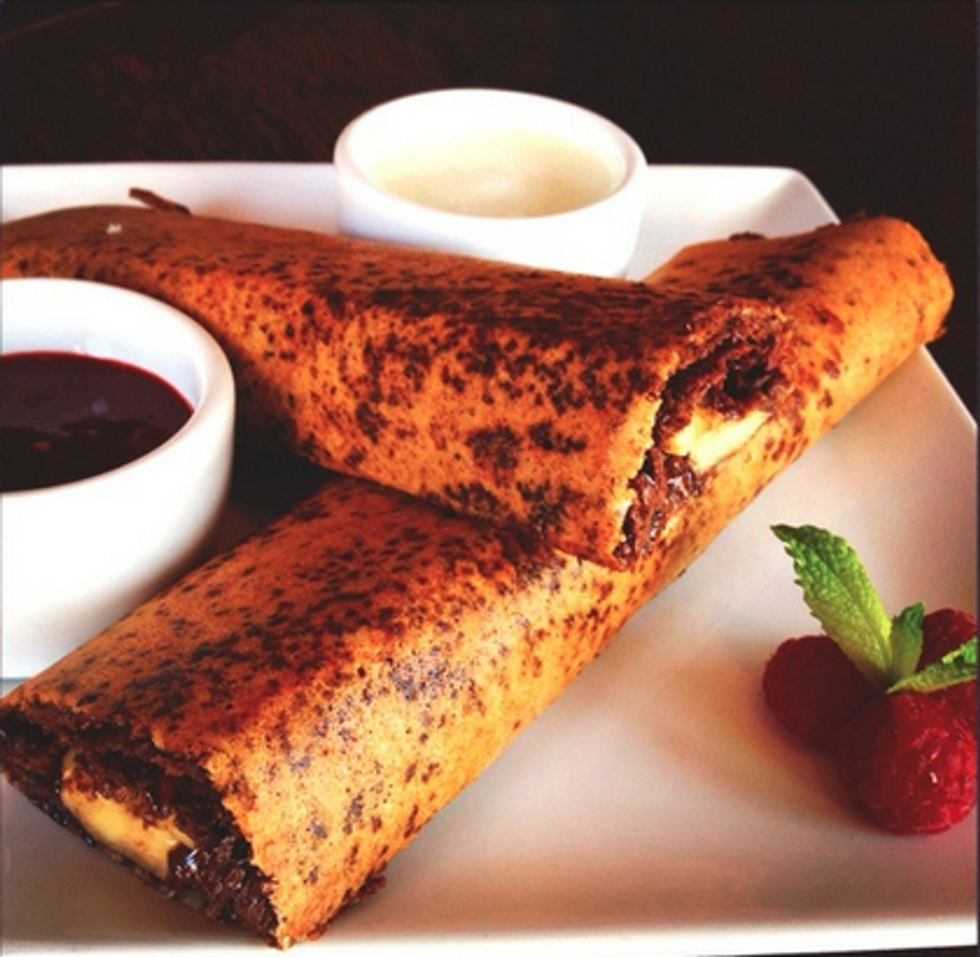 Eight New Indian Dishes To Try That Are Not Tikka Masala

Chef Anamika Khanna is on a constant mission to get her customers addicted to new side dishes, and this new vegetable special, simla mirch aloo, does not disappoint. The combination of braised poblano peppers, potatoes, and caramelized onions is wrapped in a cumin spiced tomato sauce—served only at Kasa's storefront in the Castro. *Hot tip: Look out for Khanna's Indian Philly cheesesteak to debut from the Kasa food truck at Off the Grid's Fourth of July event in Berkeley.

Chocolate Dosa at Dosa on Valencia

Southern Indian mainstay Dosa is now offering a chocolate- and banana-filled dosa for brunch only. Sort of like an Indian take on pancakes, the thin eggy wonders are rolled up and plated with fresh raspberry chutney and coconut chutney for dipping. For something savory, look out for the spicy duck vindaloo, a very traditional Goan dish that's newly been added to the dinner menu.

Udupi Palace's new Valencia Street spinoff Gajalee is totally devoted to the coastal cuisine of India. If you dine in, order the fish thali, which comes on a traditional metal tray with separate small bowls for dal, three different curries, and raita—plus two puffs of bread. For take-out, the chicken chettinad gets the nod with super moist chunks of meat blanketed in a rose-colored sauce of tomato, tamarind, fennel and Bay leaf. You can ask for it mild, medium or (our choice) spicy, depending how you like it.

Deconstruced Samosa from Curry Up Now

It's hard not to order thedeconstructed samosa from the Curry Up Now truck: all chickpeas, tomatoes, and onions in a vibrant, spicy sauce topped with chips of samosa bread. We get the version with soft Indian cheese, paneer. One reason to branch out: new menu addition "Bunny Chow," a hollowed out brioche loaf filled with chicken curry, then topped off with mango slaw, crispy chickpeas and a fried jidori egg.