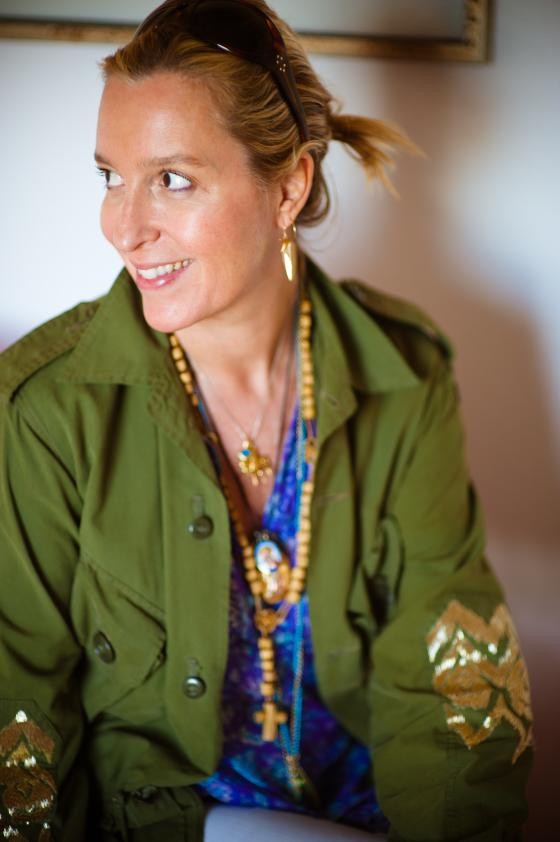 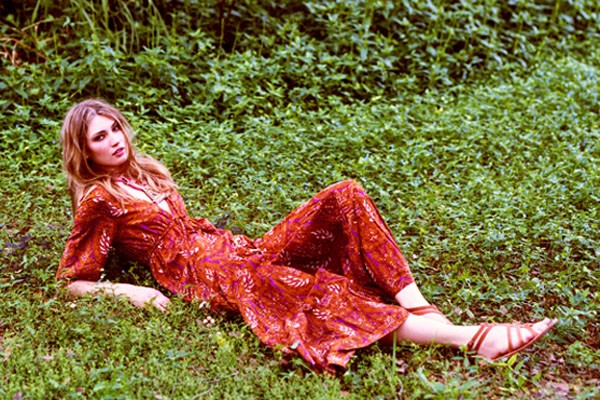 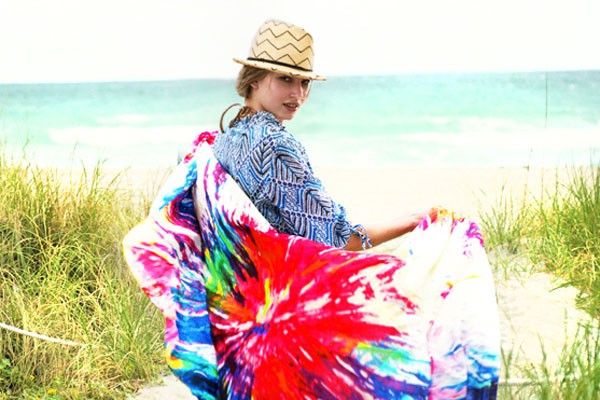 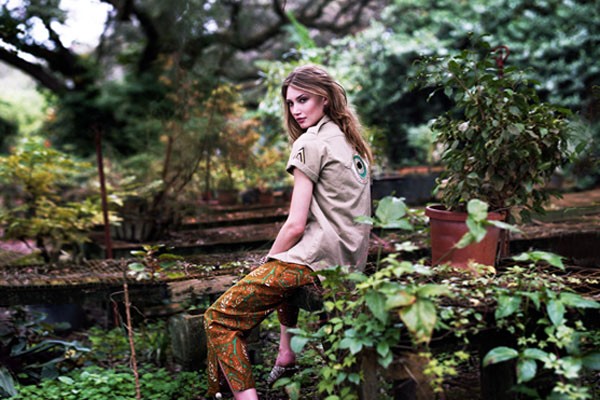 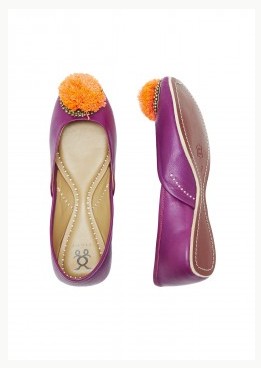 Previous Next
A little bit of Morocco on the toes.

Figue, a new travel-inspired artisan-centric fashion label by Stephanie Von Watzdorf with chic wares from embroidered caftans, blue rhinestone wing studded army jackets (which are developing quite a following in our windy city), to market bags dazzled with pom poms and beads have been making quite a stir in the fashion world. The globetrotting designer (and founding Tory Burch design director), came to town for an introduction to San Francisco with a luncheon chez Figue fan, Alexis Traina, and a trunk show. Von Watzdorf sits down with 7x7 for a chat:

LG: Having spent a little time here now, what pieces from Figue are best suited to the Bay Area?
SVW: The military jackets are key. They lend themselves to this lifestyle (wind and changing temperatures) just because you can layer them or not. Also, as each is embellished and unique, they are very personal.

LG: Have you had a chance to play tourist?
SVW: I went to Alcatraz on a glorious sunny day. It was fairly moving and eerie. I like to be moved. I like things that are uncomfortable. Also, we went to the top of the Fairmont Hotel to a room with incredible mosaics—it was a full Moroccan experience. How great was that?

LG: Favorite restaurants?
SVW: We did SF’s high-low dining experience, which I loved: from Cotogna (divine) to Louis’, a diner in a glass box perched above Ocean Beach. Staring at the ruins of the Sutro Baths over breakfast was very cool.

In general, I am so impressed by the waiters here. They are clear about what’s in the food, how it’s prepared, if it’s organic—everyone takes so much care. It’s not like that in New York! You’re lucky if they bring you a salad on time!

LG: How do you see San Francisco from the fashion world’s point of view? Where it is, where it’s going?
SVW: It’s kind of fascinating to me. SF has the whole laid back/casual thing yet the intensity of the tech world at the same time. Our first store is an online experience—so we love technology. Every city has it’s own energy. San Francisco’s is a mix of go-getters and hi-tech achievers with the enjoy/live vibe—which is very European in a way. This is the first taste of San Francisco for me. And it’s a fantastic taste.

LG: The National Gallery of Art has a show up through September on the Ballet Russe. Leonide Messine, the choreographer of the Ballet Russe, was your grandfather. Will you share a family anecdote with us?
SVW:
My grandfather was great friends with Picasso and they collaborated on quite a few ballets. In the forties, they were working on finalizing a ballet and Picasso said, “Come to the house in the South of France.” So my grandmother and grandfather drove from Paris to his home and were knocking and knocking on the door, and no one answered. Finally, the door opens and it’s Picasso, wearing a blond wig in two braids. He had stuffed some pillows into a striped T-shirt with his fingers underneath. He was parading around and doing the whole ballet performance in character, as a woman. And it didn’t go on for a minute or two—it was nearly an hour of dancing. My grandfather loved it. He was a quite a character himself!

LG: With all the recent focus on the iconic fashion editor Diana Vreeland, there has been extra attention on the Ballet Russe—from which Vreeland drew lifelong inspiration. This will illuminate for a lot of people something that is literally part of your DNA. How do you feel about that? Are you doing a Ballet Russe collection?
SVW: If I were to name my biggest inspiration, it would be the costumes of the Ballet Russe. Leon Bakst was the most amazing costume designer. His costumes are emotional. And they are inspirational to all the things I gravitate towards: Asia, Southeast Asia, batiks, bright vivid prints, mixing colors. It’s just the unexpected mix of everything. And, from 1915!

Women were wearing bustles. They didn’t even get a suntan. Then all of a sudden you have… Cubist costumes! In the twenties… it was so forward thinking.

LG: Do you feel like they were the first eclectics?
SVW: Yes. I really do. To me, it’s like the pinnacle of inspiration for that century. I am so happy to have been brought up around something so remarkable. It was the best of dance, choreography, set design, music… I can’t think of a movement that brought so many diverse artistic expressions together in such a clear format.