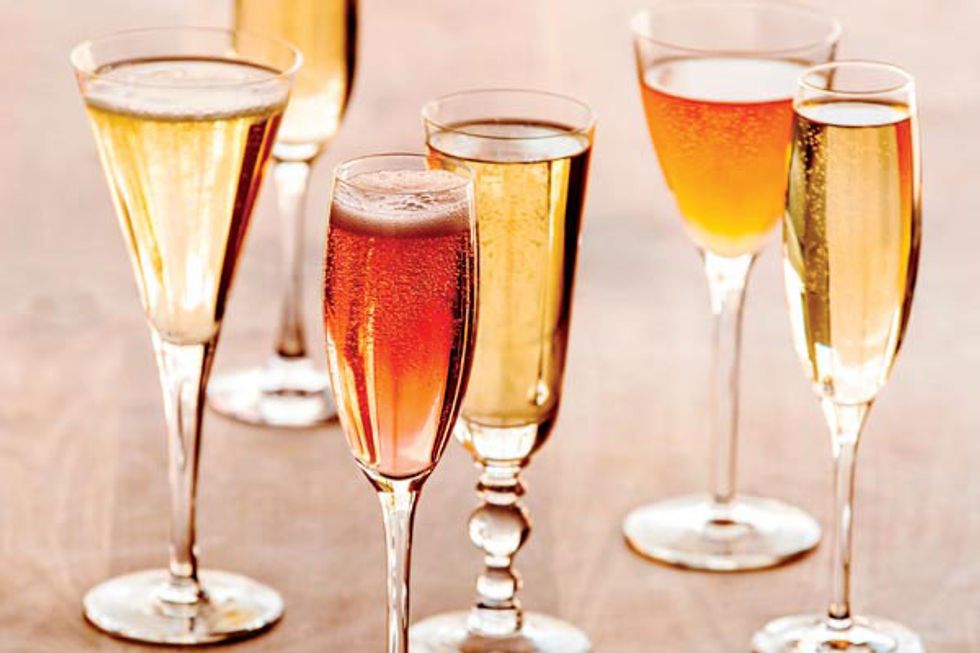 Extraordinary Sparklers Get Their Moment in the Flute

I confess that I like my wine odd. A blend of five grapes from Croatia that no one’s heard of? Sold. An orange wine so sour it might as well be kombucha? More, please. And when it comes to the sparkly stuff, show me something fizzy and lean with character from a little-known corner of Italy, and I’m smitten. Luckily, a groundswell of new quirky frizzante imports and rustic, California-grown sparklers are bubbling up on local wine lists, evidence of the experimental exploits of winemakers and importers.

As Biondivino wine shop owner and Tosca Café wine director, Ceri Smith, points out, many of these are wines “you don’t have to think too hard to like”—by virtue of their effervescence, bubblies are inherently happy-making beverages. According to Smith, much of their recent popularity can be chalked up to the emergence of smaller European producers that are adding new hues to the wine spectrum. Take the 2011 Donati Camillo Sparkling Malvasia: a pretty “beer wine” with a frothy head and the apple cider vinegar notes of sour beer—it’s a staff favorite at Biondivino ($20, Russian Hill). “It’s weird without being weird for weird’s sake,” says Smith.

Although sparkling red Lambruscos have been on the refrigerator shelves at Bi-Rite for a few years now, the lightly tannic wines are now finding their way onto lists at Tosca and Perbacco, due to their refreshing dryness. Trou Normand owner Thad Vogler suggests serving these particular frizzantes as an accompaniment to charcuterie and salumi. “It’s no surprise that they’re growing in popularity, since prepared meats and butchery are experiencing the same upward trajectory.” Smith adds that the classic pairing with cured meat shouldn’t be where it ends. “Lambrusco is great with anything tomato-based and spicy,” she says, “even Mexican food or barbecue ribs.”

Although I’m never going to kick Champagne to the curb, I appreciate unconventional effervescent options. Dubious oenophiles, heed Smith’s parting words: “Look for more than just the generic expression of what you think wine should be.”