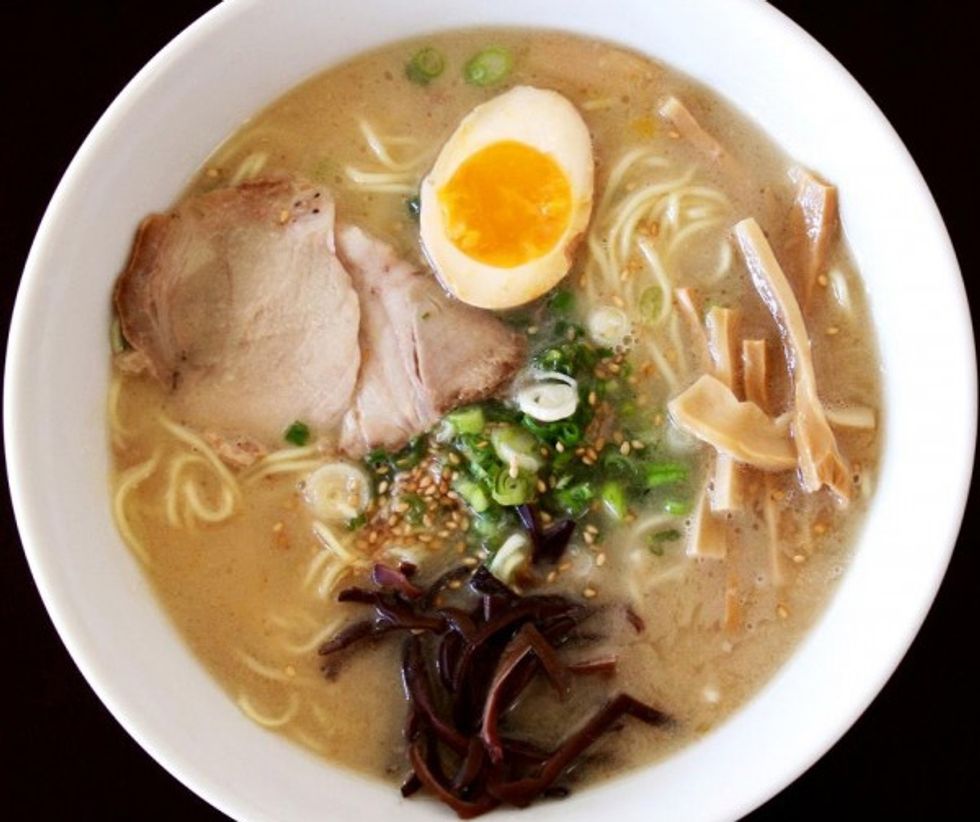 There's been a mini boom in new and revamped Japanese restaurants in the Bay Area lately, in case you weren't aware, and we're here to alert you to five of the most recent additions.

Chef Shotaro "Sho" Kamio immigrated to the Bay Area in 1999 from Japan with his wife and daughter and soon became the acclaimed opening chef at Ozumo. As a young man he apprenticed in some of Tokyo's top kitchens, learning the art of sushi as well as mastering other cuisines, and in his decade and a half here he's earned plenty of respect helming both Ozumo and, later, Yoshi's San Francisco. In 2013 he took over the shuttered O Chame space in Berkeley and has just recently opened it as Iyasare, which means "to be healed," in reference to his native Sendai, Japan, which was greatly impacted by the 2011 tsunami. As Tasting Table's Jonathan Kauffman says, the dishes he's making there transcend regionalism, and they're "vivid, layered and thoroughly conceived, [and represent] some of the most exciting food we've eaten in months." 1830 Fourth Street, Berkeley

Another new addition in Berkeley is the new Korean-Japanese fusion spot KoJa Kitchen. Some may be familiar with their food via appearances at Off the Grid, but all you need to know is that a) it's fast-casual and will be mobbed with Berkeley students, b) they make a signature burger on a pressed-rice bun, and c) everyone needs to try the Kamikaze Fries, which come topped with Korean BBQ Beef, kimchi, green onions, Japanese mayonnaise and secret sauce. 2395 Telegraph Avenue, Berkeley

Taking over the former Bar Bambino space is Maruya, a new sushi spot manned by a pair of chefs, Hide Sueyoshi and Masaki Sasaki (Sebo, Kantaro). The menu options are very simple: You can get a moriawase (chef's selection) sushi or sashimi platter for $40 to $45, or you can get a more elaborate, multi-course omakase meal ($85 and up) from either Masa or Hide, with Hide's being primarily sushi and sashimi, and Masa's including things like silken tofu topped with uni, a light cucumber salad, and a procession of specially prepared nigiri like vinegar-marinated saba. Read more at Tasting Table. 2931 16th Street between Mission and South Van Ness

If you're looking for a solid bowl of ramen with some sashimi and small bites on the side, look no further than this four-month-old spot near 16th and Guerrero. It's an off-shoot of MenOh in the Outer Richmond and San Mateo's Ramen Kagura, so these folks know their way around a bowl of ramen. They've got a good and rich tonkotsu, as well a lighter, spicy bowl of garlic-crab ramen, and their starter plates are good too, including fried octopus balls, and karaage (fried chicken bites). 3232 16th Street at Guerrero

This SoCal ramen operation just opened their first northern California location in Japantown late last year, and they pride themselves on their 20-hour tonkotsu broth which the L.A. Times described as "lush, intensified, liquefied pork." The power of that broth has been successful enough to expand the business to five Los Angeles locations and two in San Diego, with the second opening next month, and if you want to compare ramens across town, this one should definitely be on your list. 1728 Buchanan Street

Honorable mention: 18-year-old Akiko's on Bush Street recently underwent an overhaul under chef Ricky Yap, and Michael Bauer gave it a rave in December. So, while not new, it deserves some new attention.