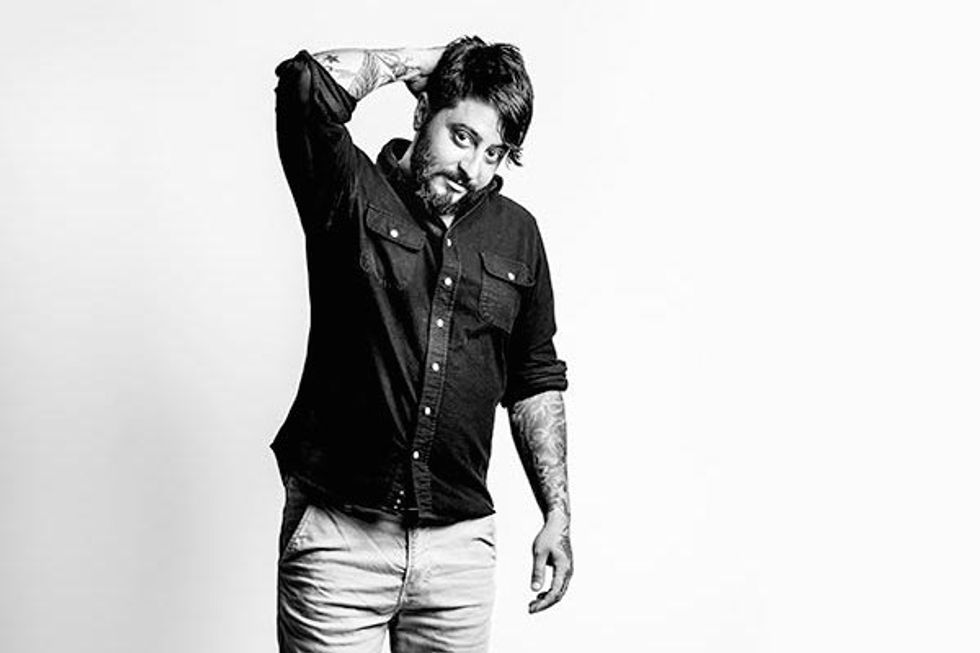 The former Outerlands chef takes his toque to the other side of town, co-cheffing at the soon-to-open Tenderloin spot Huxley. His forthcoming (as yet unnamed) restaurant, due in the Mission later this year, will serve creative Californian cuisine.

When did you first know you wanted to be a chef?

When I was around 20 and realized that I had really enjoyed working in a kitchen for the last couple years. That's when I decided to move to SF.

Favorite ingredient to work with and why?

Tricks of the trade?

Season your food in stages to develop flavor.

Recently? The salumi at Trou Normand. In life? A Tartine baguette.

What do you make for yourself to eat at home?

What would you request for your last meal?

Food trend you’re on board with?

The subtle incorporation of Japanese ingredients like brown rice vinegar and ume plum.

Alta for cocktails, Nopa for a sazerac or wine, Brass Tacks for just about anything.

Sushi at Akiko's restaurant, or sushi and too much yakitori and whiskey at Ippuku.

My wife and peers, ingredients, the weather, where I'm cooking.

Food trend that needs to die?

Which living culinary person do you most admire?

I have a deep admiration for so many cooks and mentors in the Bay Area and the world. It would be impossible to choose only one.

Favorite food as a kid?

What most influences your food?

The farms and purveyors I work with on a daily basis.

My family, friends, and peers. It's also an amazing feeling cooking for someone for the first time who is really excited.

What’s in your refrigerator?

Vin Jaune with anything.

Traveling the world as a nonprofessional food journalist. That or farming.

Cooking a special dinner for Charlie Trotter at Rubicon when I was a young sous chef.

Preconceived expectations. If you don't like it, that's fine, just be open-minded to the experience.

Describe your kitchen persona in one word.

Mine—NoPa/Western Addition/Alamo. Daily rituals may include The Mill, Nopa, and 4505 BBQ and Burgers.