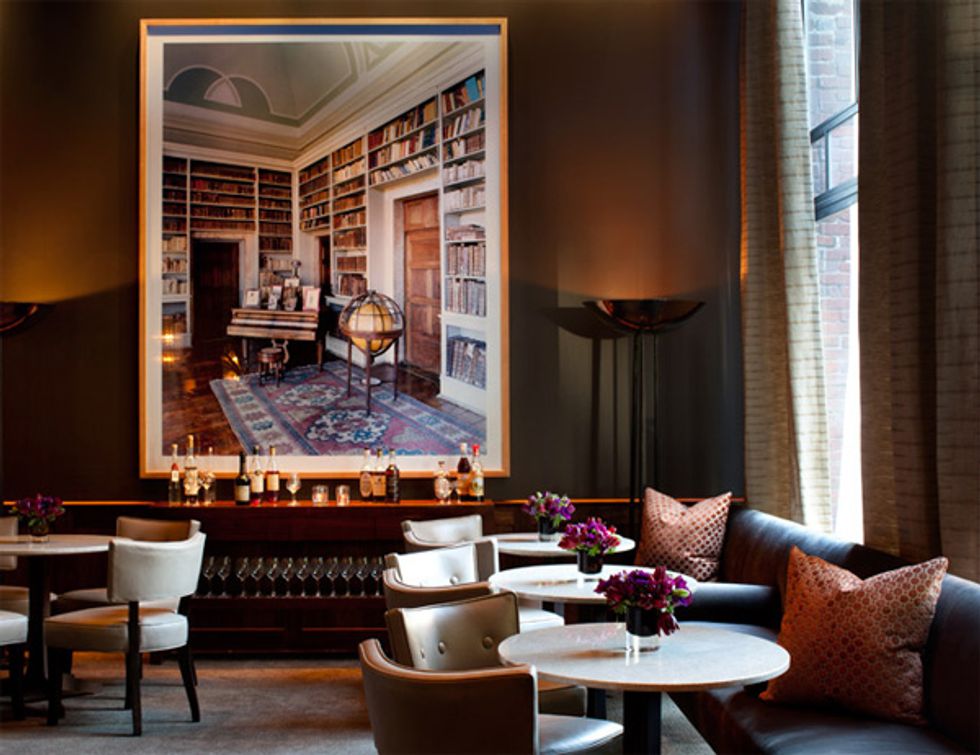 Topping the food news this week is the impending opening of the long-awaited Boot & Shoe Service/Pizzaiolo spinoff, Penrose (which won't be a pizza place), as well as the opening of a new sandwich spot from former A16 chef Liza Shaw, anniversary dinners at Quince, the return of Maverick brunch at Hi Lo, and the debut of Sabrosa in the Marina.

First up, chef Charlie Hallowell, after over a year of delays, is finally opening his third venture in Oakland, across the street from Boot & Shoe Service. It's called Penrose and the deal is wood-grilled meat, fish, vegetables, and flatbreads, as well as raw items like crudos and tartares. Also, like his other restaurants, cocktails will be front and center as well. Expect the place to be fully unveiled on or around November 20. [Chron]

Just a quick update since last week, Lers Ros in Hayes Valley did manage to reopen last Saturday, just two days after the Health Department closure. Sounds like the kitchen is cleaner now, so, be advised. [Inside Scoop]

In SoMa, Oddjob, a new venture from some of the guys behind the recently deceased Big in the Tenderloin, has taken over the former Shine space (1337 Mission Street at Ninth). And they have a Rube Goldberg-esque machine that mixes a Corpse Reviver No. 2 cocktail. [Inside Scoop]

Also in SoMa, but over at 636 Second Street, Merigan Sub Shop opened Thursday from former A16 chef Liza Shaw. Eater's got some photos and the menu, which leans toward the East Coast Italian deli style of hero/hoagie/grinder, or whatever you choose to call it. The stuff sounds pretty fantastic, with a porchetta sub and a veg option stuffed with ceci bean fritters, fresh ricotta, and an olive salad. Downtown workers should be advised. [Eater]

Meanwhile in the Marina, a new venture from the Brixton/Redford crew has just made its debut in the former City Tavern space (Union and Fillmore). It's called Sabrosa, and the man in the kitchen is Nopalito vet Jose Ramos who recently won some raves over at Oakland's Nido. Expect upscale Mexican along the lines of Padrecito and Nopalito, but with some twists. [Eater]

The recent closure of Maverick in the Mission due to a major fire on October 25 was met with a lot of sadness and consternation by its neighborhood faithful. There's a small bit of good news: You can get Maverick's prized fried chicken again at a series of brunch pop-ups at sister restaurant Hi Lo (3416 19th Street). Brunch will be served, by reservation, on weekend days from 10 a.m. to 2 p.m. November 23 through December 15. Executive chef Robin Song will also be serving some Hi Lo brunch specials as well, and of course, there will be Jerk Marys. [7x7]

And last but not least, we bring you news of the Tenth Anniversary Dinner series at Quince. The restaurant, which just garnered a second Michelin star after 10 years in business (and four years in the new downtown spot), will be welcoming guest chefs from around the country (Charleston's Sean Brock, New York's Jonathan Benno) in addition to local chefs who have been a part of the Quince family. One night, in fact, Dec. 9, will be devoted to proteges of Executive Chef Michael Tusk like Rich Table's Evan Rich, Bar Tartine Cortney Burns, and Flour + Water's Thomas McNaughton. All the evenings will feature six-course menus and will be $250 per person, with $145 additional for wine pairings. See more info here. [7x7]