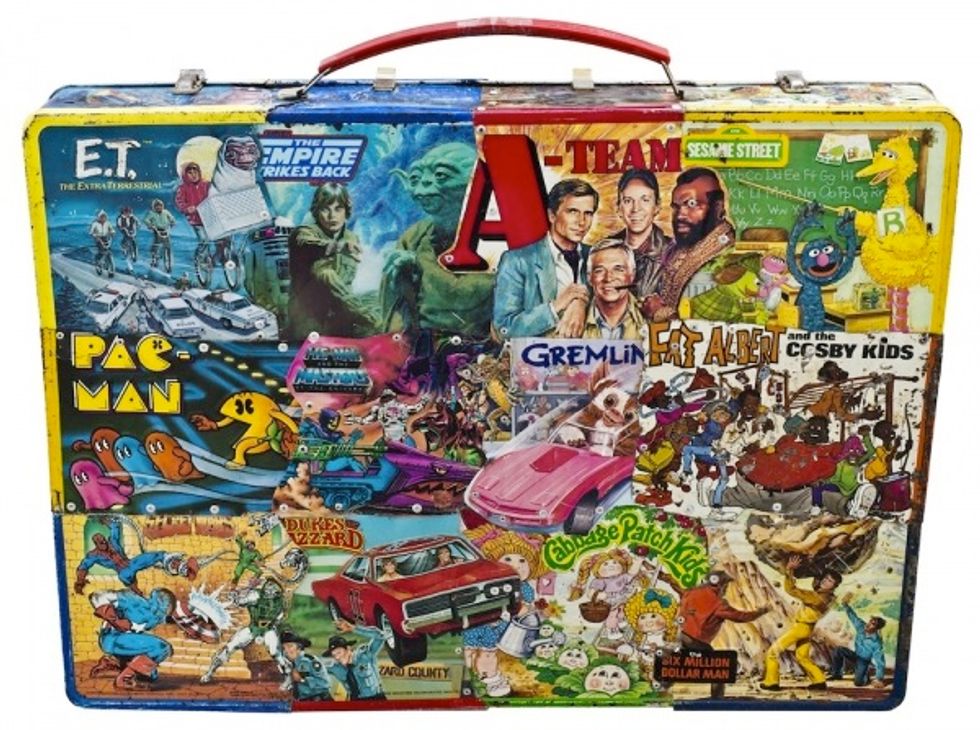 Four Galleries to Visit This Week

"Urban Playground" nicely describes the style of Brooklyn-based duo Skewville, who have filled White Walls Gallery with city signifiers – appropriated commercial graphics, mock traffic signage, and droves of rectangular characters that seem to have assumed the shape of apartment facades. In Amusement they take an especially carnivalesque turn, referencing pop culture entertainment items from their youth and, in a large central installation, reconstructing a merry-go-round out of Apollo bikes.

Amusement runs through May 4 at White Walls Gallery, 886 Geary Street

"From the very beginning of my exposure to the bullfight I knew that I was seeing something ... unlike anything I had ever seen," says photographer Michael Crouser. "It was heavy, serious, sad, spectacular, historic, cultural, provocative, and deep." This exhibition brings together many of Crouser's award-winning shots of the peculiar, mesmerizing bullfighting spectacle, along with material from his ongoing project, Mountain Ranch, a photographic study of the rapidly disappearing world of traditional cattle ranching.

Off the Wall, at Mirus Gallery

For its fifth exhibition, Off the Wall, Mirus Gallery presents new sculptural work by the group of artists who inspired gallery director Paul Hemming to open the space in the first place. Often incorporating a profuse range of media both fabricated and found, the works tend to comment on urban existence in a capitalist system. Aaron S. Moran, for example, sources wood from buildings demolished to build shopping malls, while Andrea Petrachi's unsettlingly Frankensteinian figures, composed of discarded toys and appliances, remark on consumerism and planned obsolescence.

To celebrate its ten year anniversary, Varnish Fine Art presents an exhibition of fourteen artists whose work in painting, sculpture, printmaking and illustration convey the gallery's distinctive sensibilities, which tend toward the dark and the Dada.