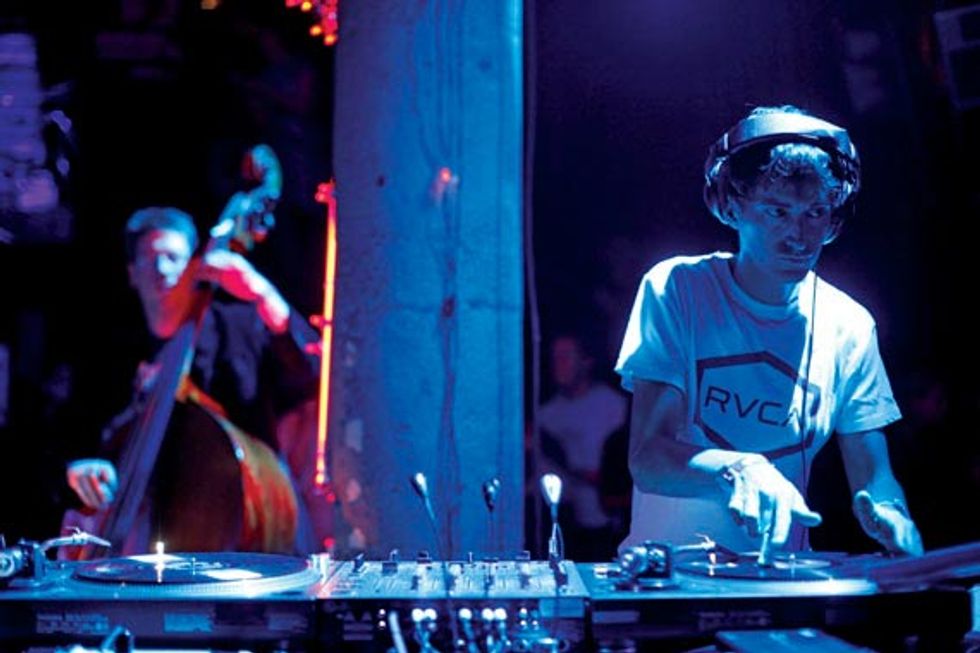 “Symphonic gigs are like century plants—they bloom none too often,” says composer Mason Bates. In his world of classical music, receiving multiple commissions in the same year is virtually unheard of. In 2012, Bates completed two. Much like the magnetic 31-year-old Venezuelan conductor Gustavo Dudamel, Bates is forging a new frontier for the age-old musical genre—and the younger generation is getting excited.

A Virginia native, Bates first discovered digital beats during his days at Juilliard and feels that electronic and classical music have a natural affinity for each other. “They’re both about beautiful music that’s not driven by voices or lyrics,” he says. “An orchestra is like the world’s greatest synthesizer.” Now Bates’ innovative blend of orchestral and electronic music is drawing attention from nationwide symphony directors who crave his cutting-edge compositions. Among them, Michael Tilson Thomas, who enlisted Bates as a composer-in-residence for the San Francisco Symphony’s 2011-2012 season, and the Chicago Symphony Orchestra, where he occupies a similar post through 2014.

While integrating electronics into classical music is no doubt challenging, Bates’ trophy cabinet of accomplishments makes it look like a snap. A live-stream video of his work “Mothership,” as performed by the YouTube Symphony Orchestra at the Sydney Opera House in 2011, has upwards of 33 million views to date. This past spring, the SF Symphony premiered “Mass Transmission,” a piece scored for chorus, organ, and electronics, at Davies Hall. This month, the Chicago Symphony will open the season at Carnegie Hall with Bates’ visceral composition “Alternative Energy,” which includes prerecorded sounds from places in Chicago. And in December, San Franciscans can catch the premiere of his newest piece, “Bagatelles for String Quartet and Electronica,” performed by the Del Sol String Quartet at Z Space.

Of course, it isn’t enough to bring electronica into the hallowed walls of the SF Symphony: The Burlingame resident is also bringing classical to club kids. Originally launched at Mezzanine, his project Mercury Soul has expanded into Chicago’s Metro club and the Frank Gehry concert hall in Miami.