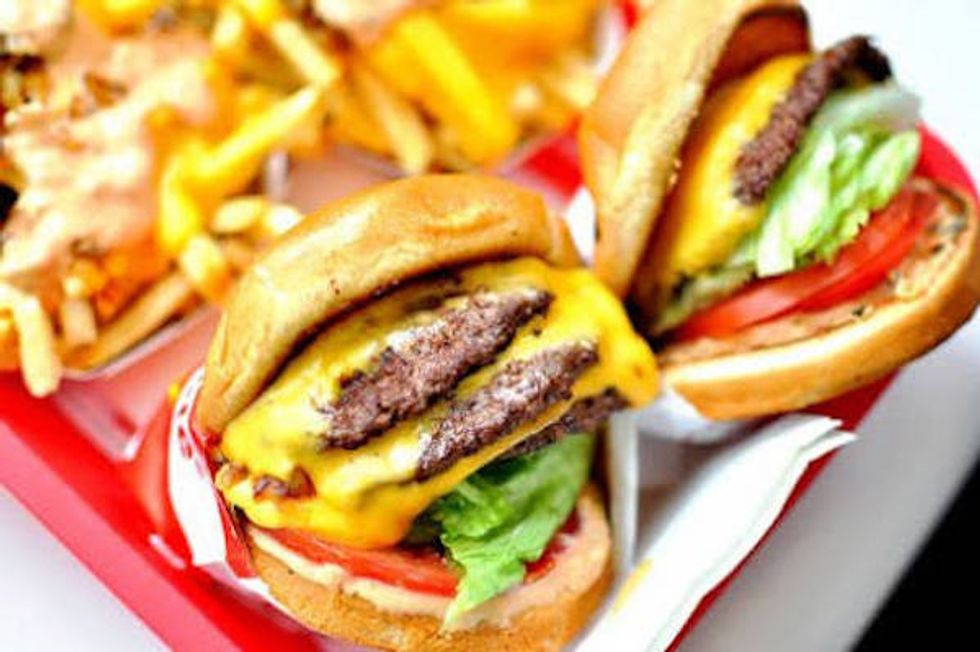 In-N-Out’s Sydney Pop-Up Sold Out of Burgers Before Even Opening, Grubstreet

Though In-N-Out is happy to stay sequestered out in the American West, the company still loves a good tease every now and then. The latest of the chain's infamously feverish pop-ups materialized in Sydney on Wednesday morning, selling burgers for four hours at a bar called Dead Ringer. Doors opened at noon, but that didn't stop a line from forming sometime before 6am.

Between 300 and 400 burgers were available — which seems to have lit a fire under the eager hordes, who wrapped around three corners of the block for their first taste of Animal Style.

Kanye West is reportedly threatening to release a David Bowie covers album following the “Starman” singer’s unexpected death last week. This is only a rumor at present, with nothing confirmed by either the rapper or anyone connected with him, but that hasn’t stopped a petition emerging to stop him going all Ziggy Stardust on us. Blame The Daily Star for sparking the speculation. The tabloid claims that West has been busy laying down his tribute to Bowie with versions of hits such as “Rebel Rebel” and “Heroes”.

*Update: Over 9,250 people have now signed the petition.

For Donald Trump, in politics as in life, it seems the only thing worse than being talked about is not being talked about. But Monday, the Republican presidential candidate is entering unfamiliar territory, even by his larger-than-life standards, as members of the British Parliament hold a debate over a petition calling for the U.S. businessman-turned-politician to be banned from the country. The unconventional debate is unlikely to result in any practical move by Parliament. No vote will be held at the end of the debate, and politicians are expected to treat it more as an opportunity to air their views on the divisive Republican under the protection of parliamentary privilege, which legally shields them from accusations of defamation or slander.

San Francisco is in danger of losing its (dubious) distinction as the nation’s most expensive rental market. According to Zumper’s National Report for January, SF dropped for the second month in a row, with the one-bedroom median down .3 percent to $3,490. For now, our fair city remains the most expensive market in the country, but our closest competitor and former reigning champion, New York City, is closing the gap. Meanwhile across the Bay, Oakland held onto its title as fourth most expensive city to rent in, and even crept up .9 percent to $2,210 median for a one bedroom.

Does This Cat Look Like Adam Driver or What? SF Gate

A new Internet-famous cat is gaining notoriety for his mug — but not because he's particularly grumpy or angry. Rather, this cat, spotted at the Monmouth County SPCA in New Jersey, was photographed by a New York writer who suggested that the feline strongly resembled Adam Driver, an actor famous for portraying Kylo Ren in "Star Wars: Episode VII - The Force Awakens." Twitter agreed, apparently, and the original photo has now been retweeted over 1,000 times, with some inquiring about adopting the cat, and others simply Photoshopping the two together.