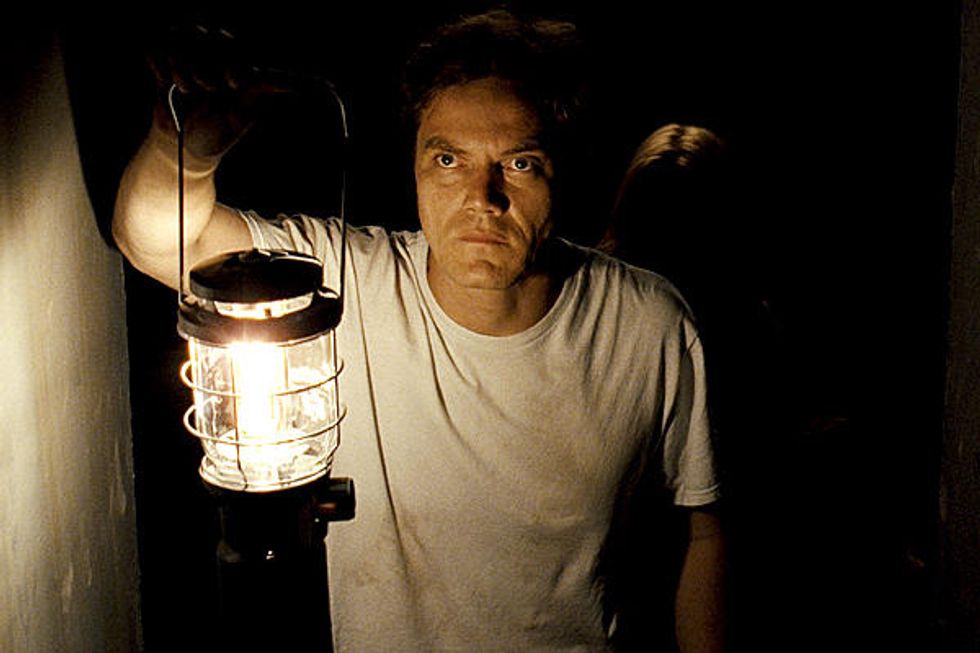 The Mill Valley Film Festival is in full swing, Napa Valley's first is just around the corner, and with the arrival of Take Shelter and George Clooney's Ides of March, the season of Oscar has begun in earnest. Here's a look at what's playing this week at an indie theater near you.

1.Take Shelter
Where: Embarcadero Center Cinema, 1 Embarcadero Ctr., 415-352-0835
When: All Week
Why:Jeff Nichols' follow-up to Shotgun Stories (1997) is moody, riveting entertainment. It is the story of a marriage put to the test, an illustration of how trust is gained, how compromises are required, and how sometimes the best thing you can do is cast your judgments aside and listen with an open mind. As a dark fantasy, it is terrifying enough; as a drama about the powerlessness of a young family to stay afloat against a rising tide of bills and calamities beyond their control, it is a powerfully affecting experience not soon forgotten.

2. Puncture
Where: Bridge Theatre, 3010 Geary Blvd., 415-751-3213
When: All Week
Why: Chris Evans, who fleshed out Captain America in this summer’s The First Avenger, plays Mike Weiss, a brilliant attorney undone by his addictions – to sex, to drugs, to reckless hedonism in all its forms – in Adam and Mark Kassen's smart medical melodrama. Weiss could never be confused with Uncle Sam's chosen crusader, but the late Houston lawyer, who died of a drug overdose while waging the fight of his life against corrupt hospital purchasing cartels, chased justice with a memorable passion.

4. California State of Mind: The Legacy of Pat Brown
Where: Smith Rafael Film Center, 118 4th St., San Rafael, 415-454-1222
When: Oct. 11
Why: Pat Brown’s granddaughter, award-winning director Sascha Rice, offers an inside glimpse into political power and the family dynasty some have dubbed “the West Coast Kennedys.” Here, Rice wrestles with the inherited optimism of her grandfather's legacy as her illuminating documentary pivots from the tumultuous decade past to the challenges California faces today. This dynamic American Dream story follows the journey of a man overcoming seemingly insurmountable obstacles to shape the future of the modern Golden State.

5.Tucker & Dale vs. Evil
Where: Lumiere Theatre, 1572 California St., 415-885-3201
When: All Week
Why: The premise, about good-natured rednecks mistaken for backwoods bogeymen, is as thin as the razor director Eli Craig uses to draw first blood in his grisly comedy of Three’s Company-style misunderstandings. Yet Tucker & Dale thrives on a sharp sense of humor, its heroes' winning personalities, and the chemistry so evident in the coupling of Alan Tudyk (TV's Firefly) and Tyler Labine, veteran performers who rarely enjoy top billing but make the most of it here.

6. The Black Power Mixtape 1967-1975
Where: Embarcadero Center Cinema, 1 Embarcadero Ctr., 415-352-0835
When: All Week
Why: Mixtape mobilizes a treasure trove of 16-milimeter footage featuring leaders of the Black Power Movement (including Stokely Carmichael, Bobby Seale, Angela Davis and Eldridge Cleaver) in moments of rare intimacy and candor. Director Göran Olsson and co-producer Danny Glover invigorate their stories using a revealing mosaic of images, narration and music by Michael Jackson and The Roots.

7. Beginners
Where: Castro Theatre, 429 Castro St., 415-621-6120
When: Oct. 11
Why: A sweetly humorous, semi-autobiographical drama from writer-director Mike Mills – the Thumbsucker creator, not the R.E.M. bassist – Beginners is the story of a young man's struggle to accept a past he cannot change, a present that seems at once surreal and tragic, and his own fear of love. Trite as that may sound, this is a beautiful work, not just for the emotions it deftly reveals, but also for its skillful use of still photography to evoke moods and memories.