The Harrison is Fulk's first for-sale project. (Courtesy of The Harrison)

Inside the New Ken Fulk-Designed Condos at The Harrison

Should you find yourself in the market for a luxury condo in San Francisco, you have a host of options: the Four Seasons Residences, the Lumina, and the Infinity Tower are each loaded with amenities and located a stone's throw from numerous employers, tech or otherwise, and the city's cultural and culinary destinations. But none has a definitive point of view quite like The Harrison.

The new Harrison building, a 298-unit high-rise tower, stands out from other SoMa properties thanks to its interior designer, the unstoppable Ken Fulk. Even if you don't know Fulk by name, you've most likely seen his work. You may have been intrigued by his curious wall of taxidermy at Park Tavern, been drawn to his layered textures and surfaces at the expansive yet intimate members-only club The Battery, seen his transformation of Big Sur into Middle Earth for Sean Parker's wedding, or had the privilege of attending one of his talked-about bacchanalian parties thrown by his creative agency, the Magic Factory.

The Harrison is Fulk's first for-sale project, and he is eager to seduce deep-pocketed clients with his brand of luxury. For starters, The Harrison is unapologetically exclusive. "We out Battery The Battery," says Curt Alexander, a partner of Maximus Real Estate Partners, the developer behind The Harrison. Alexander is referring not to the condos' price per square foot, but to the building's 49th floor penthouse lounge, Uncle Harry's, where only residents are allowed to become members. Fulk says it is "meant to feel like the living room of your most interesting ancestor." When the space is completed next month, there will be a bar on one end, a dramatic double-sided fireplace on the other, a separate wine room, and a private dining area with an adjacent catering kitchen. The penthouse will be open to visiting chefs, winemakers, musicians, and curators, who through intimate sessions will deepen the residents' appreciation of the finer things in life. At Uncle Harry's, you'll have the keys to the best of the city.

Uncle Harry's bolsters another definition of luxury that's currently in vogue, one that places value on experiences that are enriching and lasting rather than on owning things. It's no surprise that travel is a recurring motif in Fulk's work. All of The Harrison's communal spaces, from its topiary-flanked entrance and seating layouts that facilitate encounters with mysterious beautiful strangers to its antique mirrored courtyard, alludes to the age of grand hotels and a life well lived. Hong Kong's Peninsula, London's Claridge's, and the recently torn down Hotel Okura in Tokyo serve as reference points. Inside the lobby, outfitted with a grand piano and floor-to-ceiling books and artwork, you may very well be an international person of mystery, not the harried startup executive frantically rushing out the door to catch an Uber.

While the communal spaces function to make a refined lifestyle statement, the interiors are designed as "sophisticated refuges–more restrained and tranquil than the public spaces," describes Fulk, which is not to say that the condos are Spartan by any means. They are Fulk's interpretation of luxe minimalism fitted with organic finishes, including wire-brushed oak floors, brass fixtures from Waterworks, and Studio Becker Ash Molina gray cabinetry. Windows span the entire wall and overlook the city, water, and bridges; and even the tangle of freeways from the 45th floor exudes serenity.

San Francisco may not be used to this kind of continental elegance, but the developers' bet on elevating the city's style is already paying off. The Harrison is currently the fastest selling building on the West Coast. One bedroom units start at $785,000. Amenities include a luxury attache for the building, a pool, valet parking, and access to Uncle Harry's. 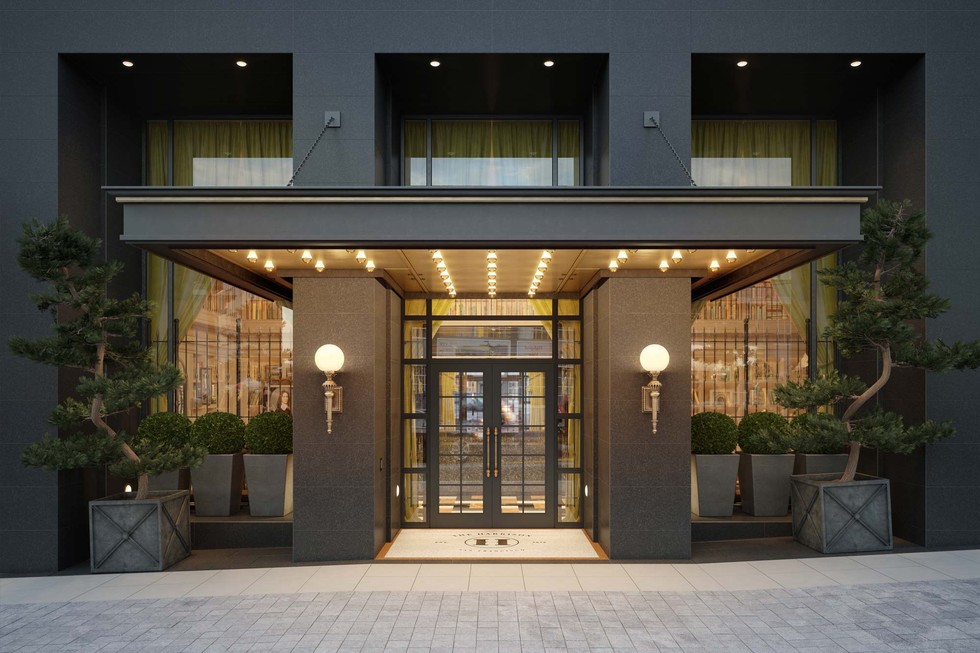 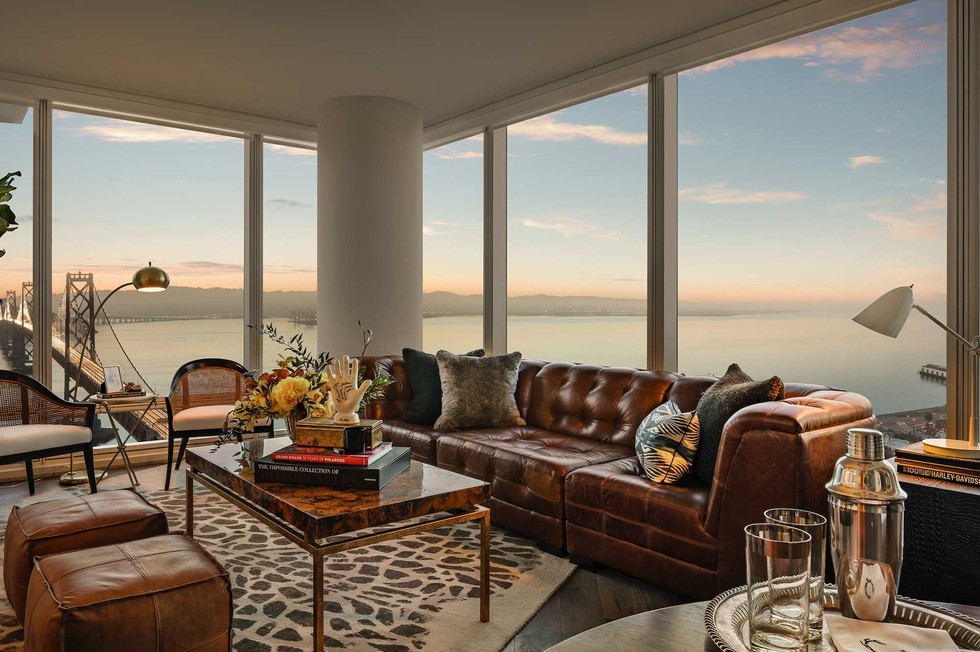 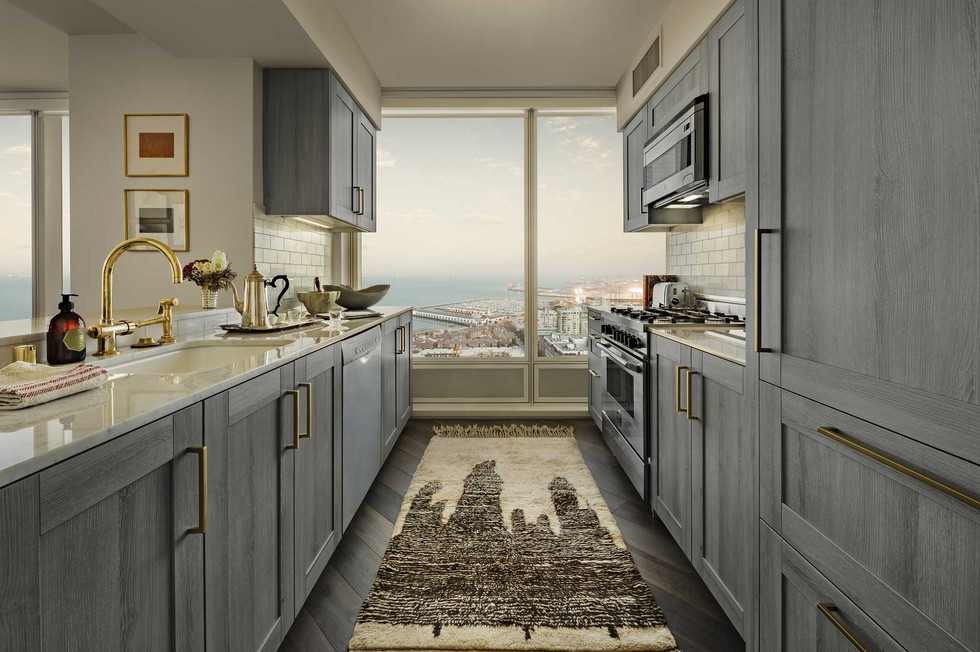 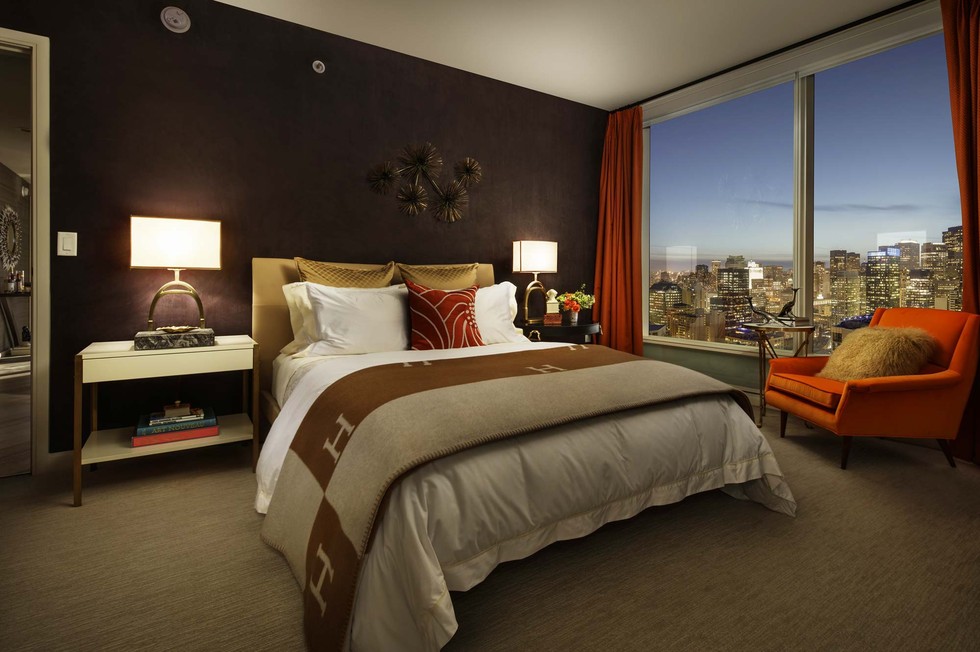 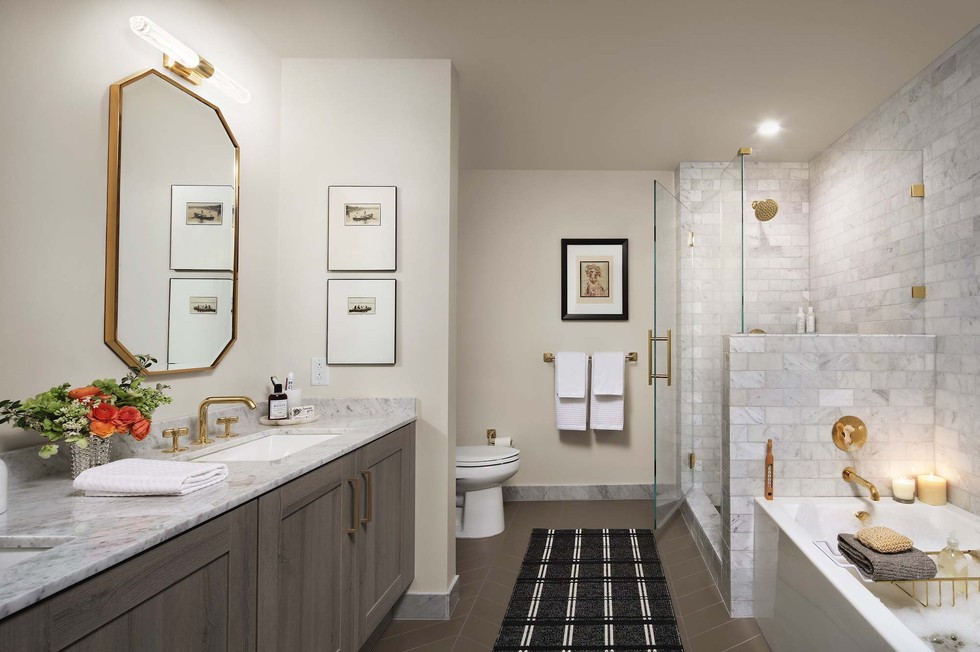 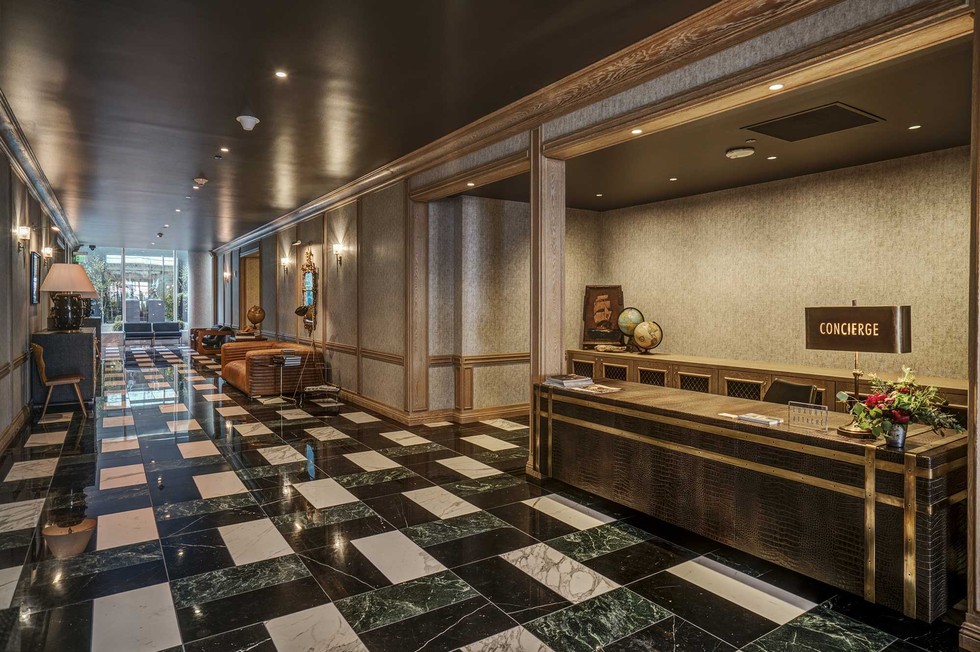 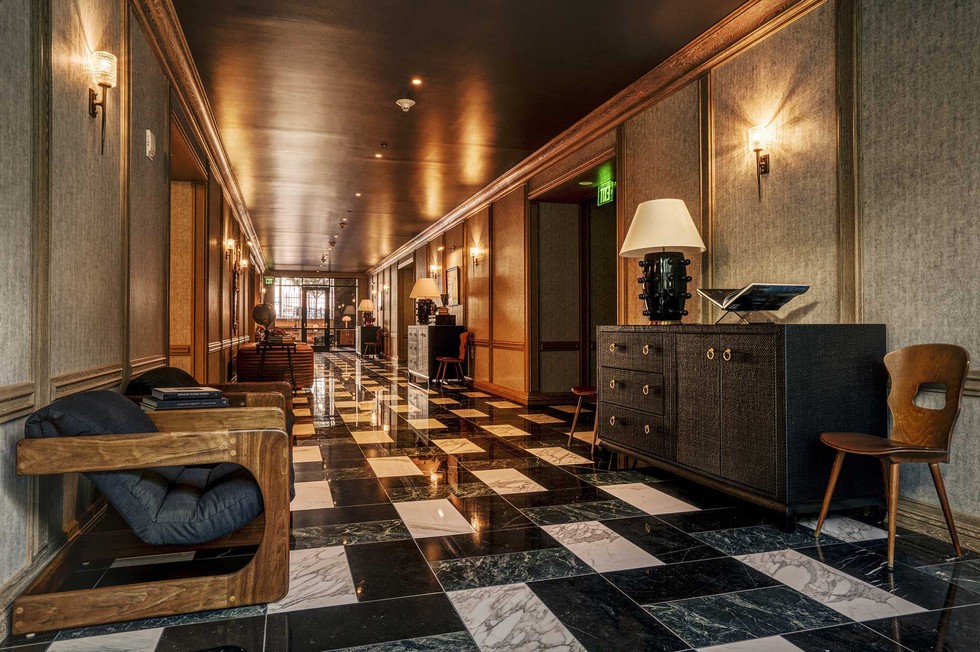 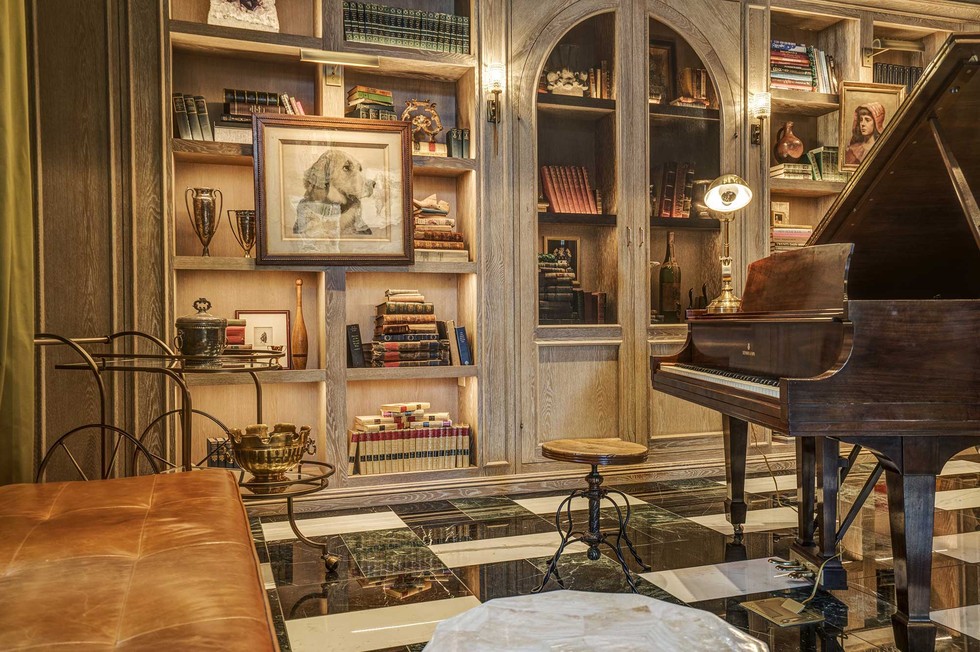 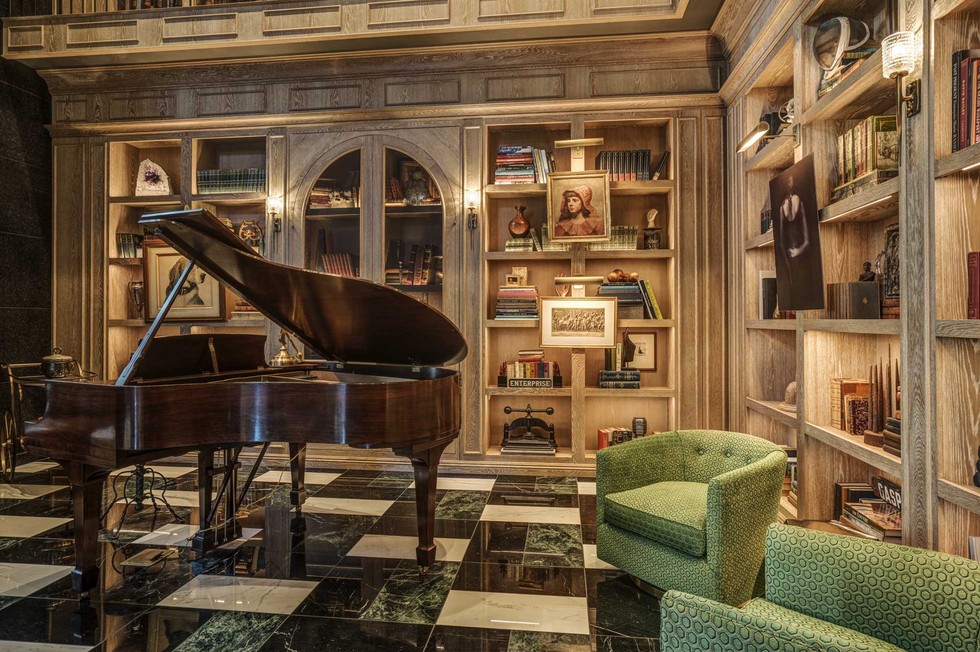 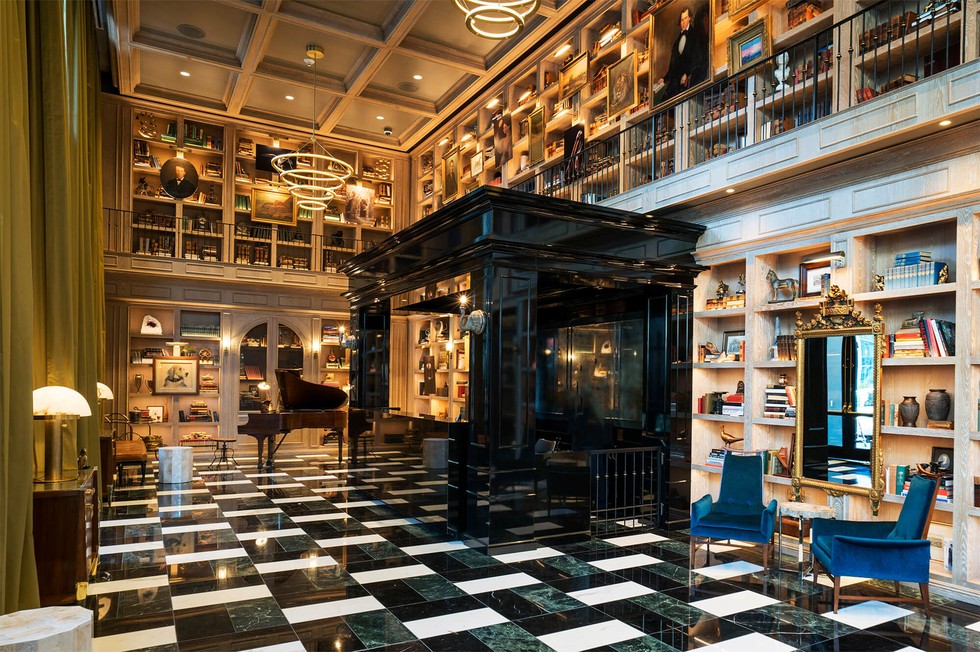 Here are the details:

20 Spring/Summer Books by (and about) Bay Areans