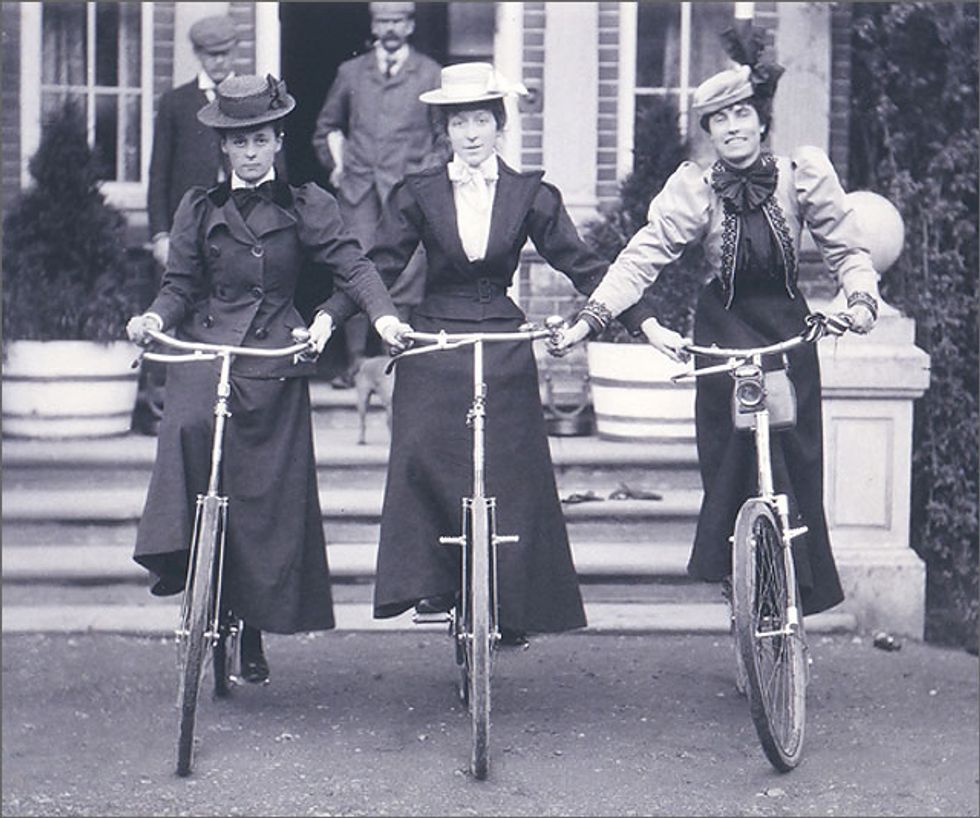 Ladies, Get on Your Bike and Ride!

When I first started biking in San Francisco eight years ago, I was one of only a few women riding. On a morning commute, I’d recognize and often know every other lady pedaling downtown. We were a small, tough group who battled the much less civil streets.

Today, women make up 35% of San Francisco bike riders—and that number’s growing every day. More and more women are discovering that biking is the best way to get around the city.  But our reasons for joining the pedal powered movement aren’t necessarily the same as men’s.

Yes, biking is the fastest way to get around the city, and yes you can find parking wherever you go. But it’s more than that. Riding a bike means being independent, it means that you avoid the cat-calls that women walking still have to endure, it means being able to get home at night alone. For mothers, it means you can take your kids to school, to soccer practice and around town, all while exercising and taking care of yourself.

Riding a bike is a feminist act—and it always has been.

Women’s bloomers were created to accommodate the bicycle, and with the bicycle, women were finally allowed to travel unaccompanied by a male driver. And the bicycle continued to be a tool for women’s liberation in the decades to come.

So, ladies, you’re invited to join the movement. If you’ve been thinking about starting to commute by bike—now’s a great time. The San Francisco Bicycle Coalition is leading two free women-only bicycle education classes this month (March 24 and 27), both designed to get you on the road and in the saddle. Plus, they’re leading a bike ride through women’s history on March 23.

Happy Women’s History Month, and may the bicycle be a tool for your own continued liberation. In the words of Susan B. Anthony, the bicycle has "done more to emancipate women than anything else in the world." Happy pedaling!