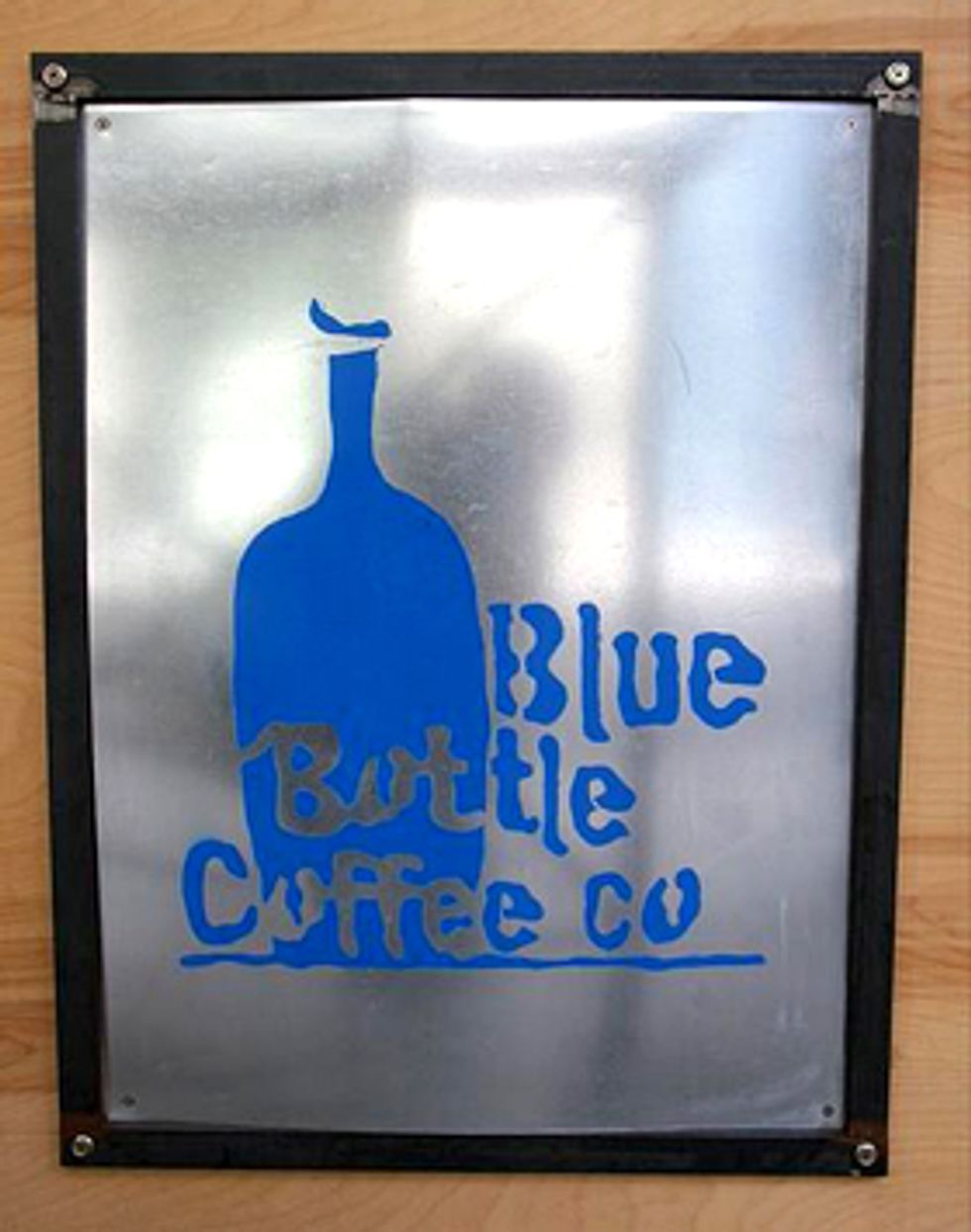 Locked & Loaded: The Blue Bottle Debacle, A Reflection of the City at its Worst

"Wow, that is not going to be charming and innocuous." With that revelation from Blue Bottle founder and co-owner James Freeman, there will be no Blue Bottle in Dolores Park. Freeman told us on the phone that he had decided to pull the plug given the fierce opposition he faced. Threats to bring thousands of people out to spit on employees (see the comments) on opening day, apparently, were more than he felt like dealing with. His investment in a trailer and new employees, he says, will go elsewhere. "We'll find somewhere else to park it and find room for my crew."

And so Blue Bottle is out. Freeman will relocate his employees and trailer, and he says, contrary to reports he isn't opening in Golden Gate Park either.

Personally, I'm extremely disappointed that things ended as they did. I don't care whether it was Blue Bottle, or another vendor, but that a local business with good intent was shut down via intimidation and threats of violence is shocking and sad. Why did things come to this?

Here are what appear to be the main points of opposition:

The process wasn't transparent and the neighborhood wasn't given enough time to reply.
This is the argument with the most merit, and best case. Clearly, Parks and Rec should have done more outreach to local businesses. That they were taken by surprise seems a departmental failure. However, even this argument fails to take into account how long and public the process was.

Parks and Rec announced the request for proposal last summer. The San Francisco Chronicle ran a story about the change to Park and Rec pushcart policy in July 2009. The Chronicle reported that Blue Bottle had been awarded one of the six slots in February 2010. There was ample opportunity to oppose the location via legitimate channels, rather than threatening to spit on employees once it had been fully through the approval process.

There should be no vending in the parks.
Ignore, for a moment, that there is already vending in the park—lots of it—all of which is as pure a form of free market capitalism as exists, given that none of the vendors have to comply with health codes or pay rent or taxes to the city. But there is another argument in favor of vending in the parks as well: Controlled vending makes urban parks better. William Whyte's extensive and oft-cited studies of the urban park, "The Social Life of Small Urban Spaces," found that food vendors are essential ingredients in the urban park setting and tend to attract more people and improve their experience. (And perhaps the aforementioned illegal vending should be taken as evidence of this.) It should be noted that La Cocina, who was also granted permits when Blue Bottle was, will be going forward with their presence in Dolores Park.

Chain stores should not be allowed in the parks.
Chicken John, one of the most vocal Blue Bottle opponents argued that no chains should be allowed in the park. Chicken (who it seems germane to mention is in a long-term relationship with Ritual Roasters owner Eileen Hassi, who has three outposts; Ritual's beans are sold all over the place) emailed me with what seems to be the prevailing sentiment: "I'm vigilant against chain stores and such like. It's pretty clear to me that BB is a chain store. And this is the point that I am trying to hammer home. It's quite easy, actually. And very confusing. Because there isn't a clear definition as to what a chain store is or isn't." [ed's note: huh?] According to this article that came to pass when American Apparel wanted in the Mission, though, it's eleven locations or more nation wide, which does not define Blue Bottle which has seven, many of them kiosks.

Only locals should be in the park.
Freeman is a longtime San Francisco resident, and while he has operations in Oakland and Brooklyn, the heart of Blue Bottle remains here. His original Linden alley location remains open. You can still find Blue Bottle at the farmer's market. The company's flagship location is in Mint Plaza. (An area, much like Hayes Valley, that the company rolled the dice on and helped to revitalize.)

If Blue Bottle isn't local, what is?  Does local only mean hyper-local? Should only neighborhood vendors be allowed to apply? If that's the case, then why should all of the city's tax dollars go to support the park? If you want it to be a park that's just for you, pay for it. The further you follow this chain of logic, the more lost you become.

In summary, San Francisco is broke. Parks and Rec is particularly hard hit. Services have been cut all across the city, and this new plan was going to help put some badly needed money back into greenspaces. And it was going to do that by innovating. It was going to do that by offering space to vendors at a pricing structure that would let them sell high-quality offerings. But that won't happen now, and the opposition was conducted in such a way that it will likely make other small businesses think twice before attempting to follow suit. (Of course, companies like Peet's or Starbucks should have ample resources to weather what would be for them, a small spot of bother.)

Dolores Park should be a reflection of the city. In this Blue Bottle case, maybe it is.