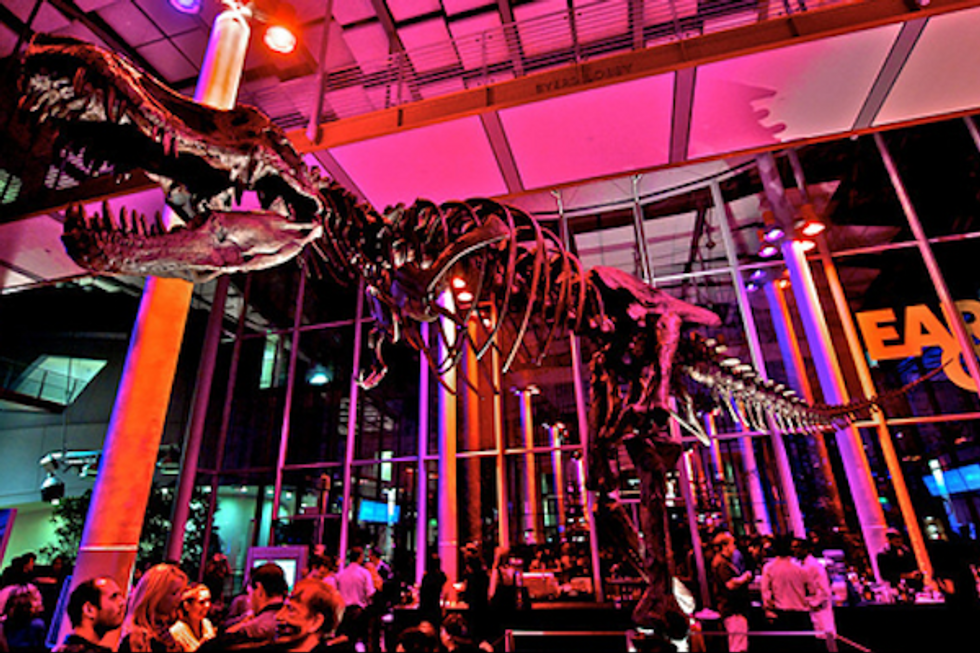 Nightlife Guide 2015: Where to Get Arts and Culture (Plus Cocktails) in San Francisco

By
Joe Starkey
When the lights go down, local intellegentsia look for sophisticated ways to imbibe. San Francisco delivers, will awesome art galleries that boast full bars, musical singalongs, an award-winning symphony, and museums as thumpin' as the clubs in Castro. Here's where to head for culture vultures.

111 Minna Gallery
Look for an attractive crowd at this gallery-bar, especially at openings and on Sketch Tuesdays, when artists drop by, draw en masse, and peddle their work. // 111 Minna (SoMa), 111minnagallery.com

After Dark at the Exploratorium

The first Thursday of every month, come to the Exploratorium’s After Dark, an evening of performances, music, films, and more relating to rotating themes, and enjoy a full bar along with hundreds of interactive exhibits. The Exploratorium is also open every Thursday evening to adults (18+) only. // Pier 15 (Embarcadero), exploratorium.edu

Every Thursday night, the Cal Academy of sciences hosts a themed party (topics range from aliens to bacon) with performers, bars and specialty cocktails, pop-up food stands, and themed activities, all while patrons are able to wander through the Academy’s exhibits (including the planetarium). // 55 Music Concourse, (Golden Gate Park), calacademy.org

The historic Castro Theater is host to a multitude of events including film premiers, drag performances, and, perhaps the most popular, sing-a-longs to childhood favorite movies (like The Little Mermaid or Grease) where the audience is even given props like toy crowns or party poppers to be used at special moments in the films. // 429 Castro (Castro), castrotheatre.com

If you’re looking for Broadway shows, the Curran Theater is the place to be, hosting tours of the most popular musicals like The Book of Mormon or Elf: The Broadway Musical. Of special importance, the Curran was not only featured in All About Eve, but Carol Channing, a San Francisco native, credits this as the place where she first got a taste of the stage. // 445 Geary (Union Square), shnsf.com

San Francisco Opera House
Founded in 1923, the San Francisco Opera company has been performing for over nine decades and recently celebrated the 80th anniversary of their home, the War Memorial Opera House. Every season from September to July, the SF Opera showcases 10 operas with 75 performances. This summer, be sure to check out The Trojans, Two Women, and the popular comedy, The Marriage of Figaro. // 301 Van Ness (Civic Center), sfopera.com