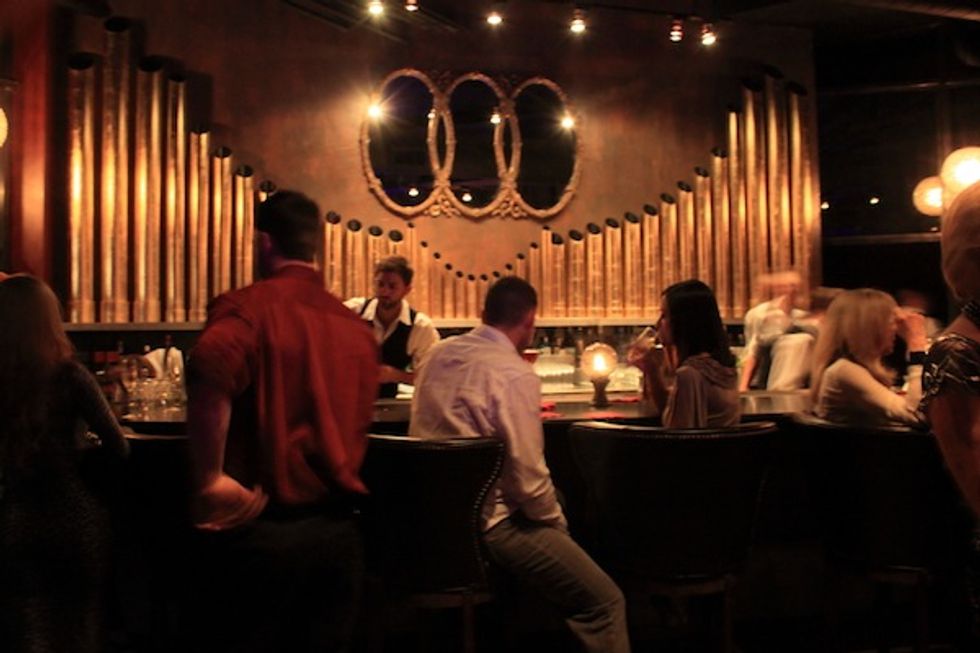 Continuing its steady march towards becoming a city that keeps the lights on after 10 pm, Downtown Napa welcomed a new kid to the block of First Street and Franklin last weekend. Empire, a bar and lounge that doesn’t even open until 5 pm brings late-night libations, Mediterranean-inspired small plates and, thanks to velvet banquettes, dim lighting and gilded mirrors, a vibe that one guest described as “goth-dungeon meets Midtown Manhattan.”

Also, there are jellyfish.

Slightly off the main drag, Empire, with its nondescript facade, is not the kind of place one stumbles into after, say, dinner at Fish Story. But it is a welcome addition to what is becoming an increasingly lively Wine Country hub.

The food menu is broad ranging enough that one could make a meal of it, but small bites like cauliflower fritters and eggplant crostinis seem to work best as complements to the classic cocktail list. On opening night, the vested bartenders were shaking and stirring Old-Fashioneds, Manhattans and a tequila-based mojito.

Open every evening, Empire is bringing something else the town desperately needs: Live DJs on the weekends.