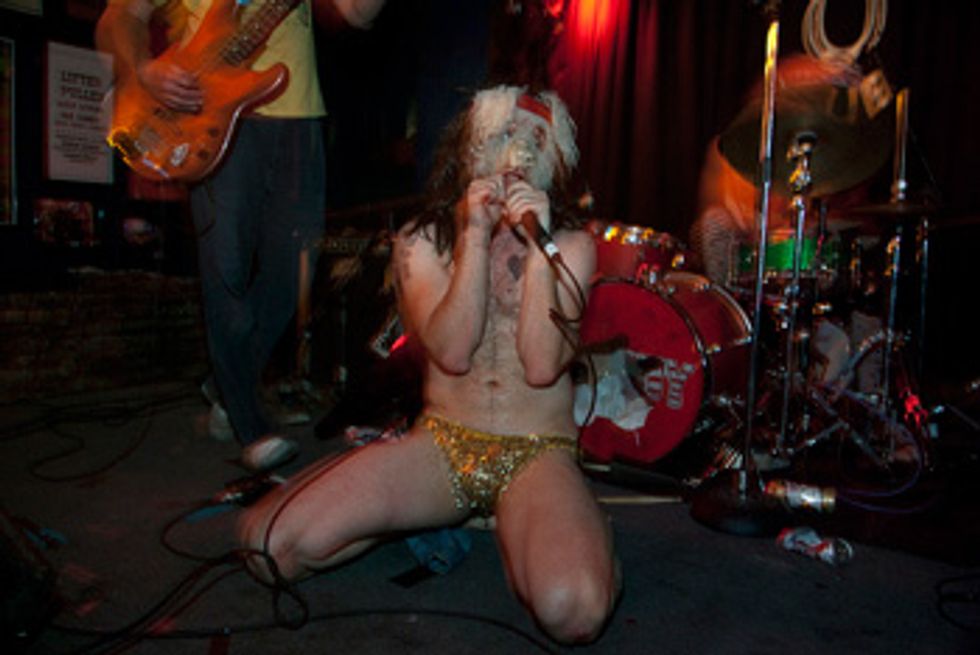 If you're a slave to the grind, you likely look high and low in all corners of this city for a way to cure those nefarious hump day blues. Justin Champlin, better known as the masked, pantsless marauder Nobunny, is the perfect nightcap on your neverending Wednesday, when he'll grace the floor of the Knockout (he doesn't like to stick to stages).

A fierce disciple of the Ramones and rockabilly, Nobunny's weirdo trash punk, plugged-up-nose croon and feral garage pop's been building a cult following (which includes the folks at Jack White's Third Man Records) since 2001, but it wasn't until 2008 when his debut LP Love Visions (1-2-3-4 Go!) hit fans' hands that they had something to spin on their turntables and cassette players. Now Nobunny's on a roll: the band dropped its latest album First Blood (Goner) late last year and it's the Oakland quartet's most unhinged stuff yet; just check out "Gone For Good" on Myspace and imagine it shredding through stacks of amps. This might make the small La Lengua dive a bit crowded, but people don't come for the gimmicks. They come to get as twisted as Champlin's candy-colored underwear is by the end of the night.

If you can't make it this Wednesday, never fear: Nobunny is co-headlining a night of the fast-approaching Noise Pop at Bottom of the Hill.