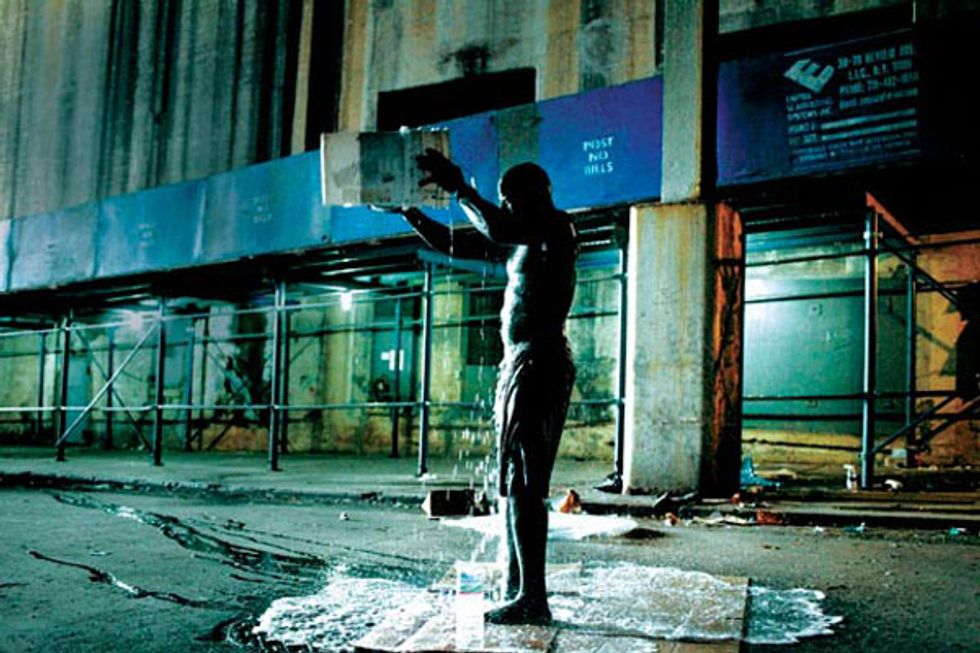 When was your most recent shower? It sounds like a silly question, but this basic human function is a luxury for San Francisco’s 6,000-plus homeless people, who count only 16 public shower stalls among them—that is, until Lava Mae rolls into town in March 2014.

The mobile shower service, founded by nonprofit marketing maven Doniece Sandoval (who sits on the board of ZERO1: The Art & Technology Network), is based on the self-evident truth that cleanliness should be accessible to all. The concept was inspired by another no-brainer, the urban food truck. With design in mind, Sandoval commissioned architect Brett Terpeluk, who trained under Renzo Piano, to repurpose decommissioned MUNI buses, donated by the city, into comfortable bathrooms.

Each bus is retrofitted with two showers, toilets, and private changing areas, enhanced by curving skylights, LED cove lighting, color, and music. With volunteers at the wheel, Lava Mae’s inaugural bus will be making stops at homeless shelters and service organizations citywide. Over the next three years, Sandoval hopes to launch a fleet of four kitted-out buses. That means almost 500 showers a day for those in need.